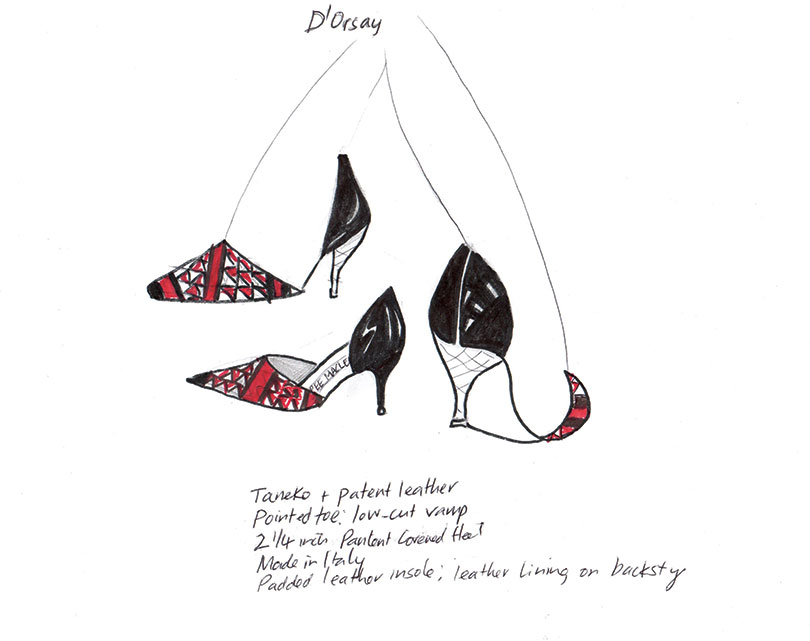 Shoe designer Maree MacLean was born in Aotearoa and is of Ngāi Tahu and Te Whānau-a-Apanui descent. She has lived in a number of fashion hotspots overseas including Milan, Copenhagen, Singapore, and Shanghai, where she dressed Chinese superstar Fan Bing Bing, before specialising in shoe design and collection building at the Arsutoria school in Milan.

Her first shoe design was named after the legendary Muhammad Ali. The “Ali” is handmade in Italy, and inspired by indigenous tattoos from tribes in the Polynesian cultures. Having been described as “gladiator sandal meets boxer boot”, it is certainly true to both its name and birthplace. Maree is a huge fan of the famously unconventional boxer, who wrote the world’s shortest poem – “Me, We” – to express a sense of community and a support for togetherness.

A winter version of the Ali was produced in Portugal and featured in a French/Māori collaboration that walked as a collection at NZ Fashion Week (NZFW). The collection received an award, and the label was named one of the top 10 collections to watch at NZFW
in 2014. Singaporean online fashion magazine, Popspoken, featured the collection’s ankle boots on The List, its weekly roundup of the 10 most coveted design objects worldwide.

Maree is now working on her new collection (pictured above) which draws on both Italian and Māori traditions. It is a coming together of cultures that she believes is longstanding, and features the shark’s tooth pattern she discovered in the tāniko work of her Uncle Con Te Rata Jones.

“I’d like to bring the collection out at the next America’s Cup to celebrate the great relationship between the Italians and Aotearoa in the Cup’s races over the years. When we broke our mast in San Diego while racing against Larry Ellison, the Italians came to our rescue with a mast. There is also a very special relationship that has existed between the Italians and Māori since the 28th Māori Battalion served in Italy during the war – this collection recognises this and the whānau of mine who served in the Māori Battalion.”

Maree’s new collection is still in the concept phase, but has already garnered interest from some of London’s high-end department stores. 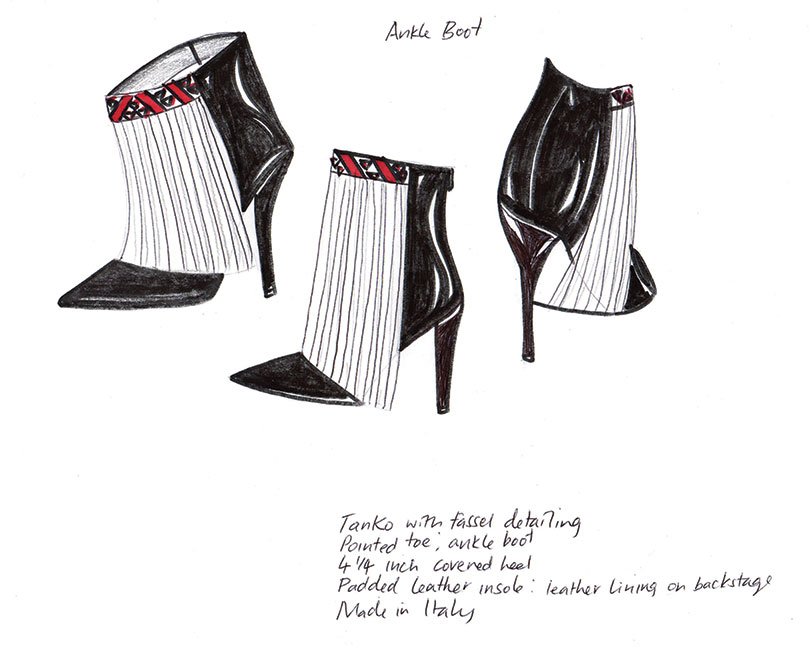 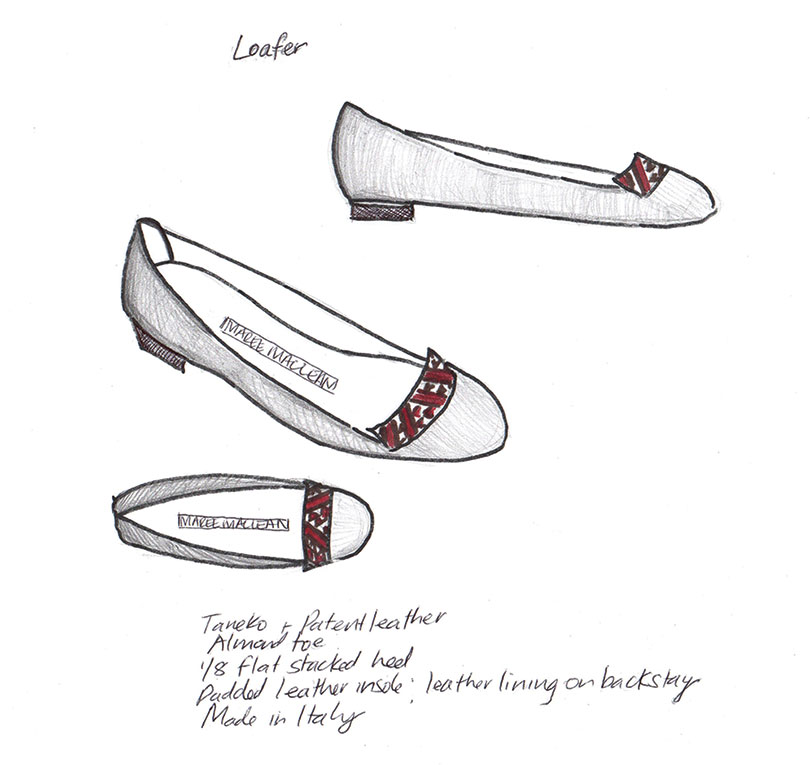 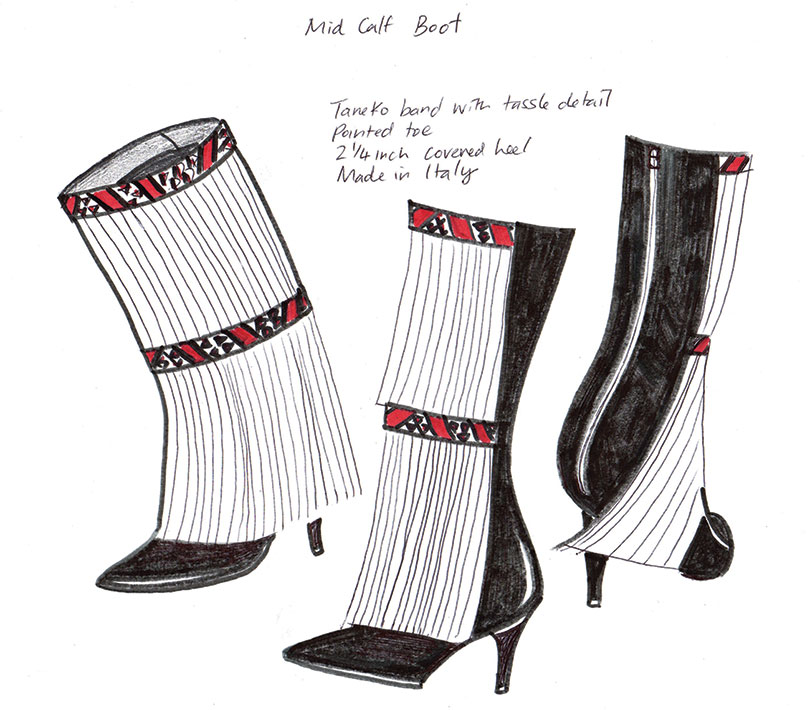 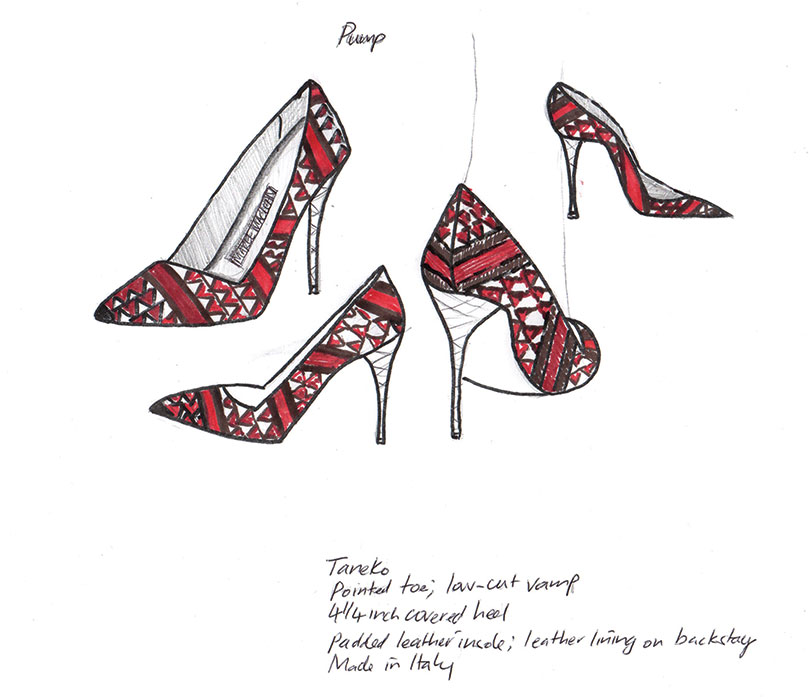 © These images are the copyright of Maree MacLean.

Please contact Maree on [email protected] for more information about her designs.