Mātauranga Pītau Ira is a series of artworks created by Ashleigh Zimmerman (Ngāi Tahu – Ngāi Tūāhuriri) for her graduate exhibition, held at the Whangarei Art Museum in November last year. Ashleigh is a secondary school art teacher, and last year
completed a Post-Graduate Diploma of Māori Visual Art through Massey University. Her studies provided a welcome opportunity to explore her whakapapa and sense of identity as a Māori woman.

Ashleigh’s whānau lost their connection to their whakapapa when her late grandfather, Stanley Morphina Rule, was adopted at birth by a Pākehā family. With no birth certificate, and no connection to his biological whānau, he had very little knowledge to pass onto his children and grandchildren.

“My identity as Māori is something that I have struggled with, feeling the constant pressure to assert or quantify the degree to which I am Māori,” Ashleigh says. “For my graduate exhibition I decided to visually explore the construction of Māori identity through the completion of a home testing kit from AncestryDNA.com.” 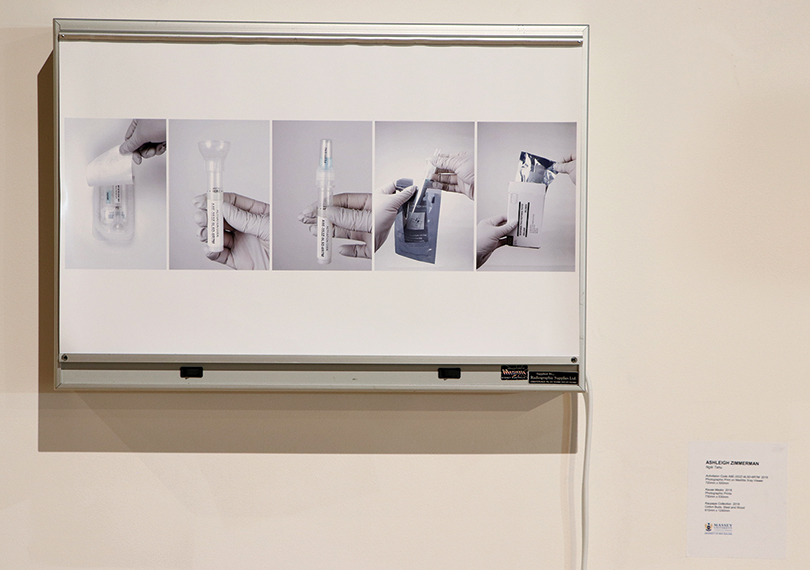 The home testing kit that Ashleigh received contained a set of instructions, a plastic specimen container, stabiliser fluid and a pre-addressed return envelope. But, she says, it also represented the promise of knowledge that had been previously lost, and a new sense
of connection. 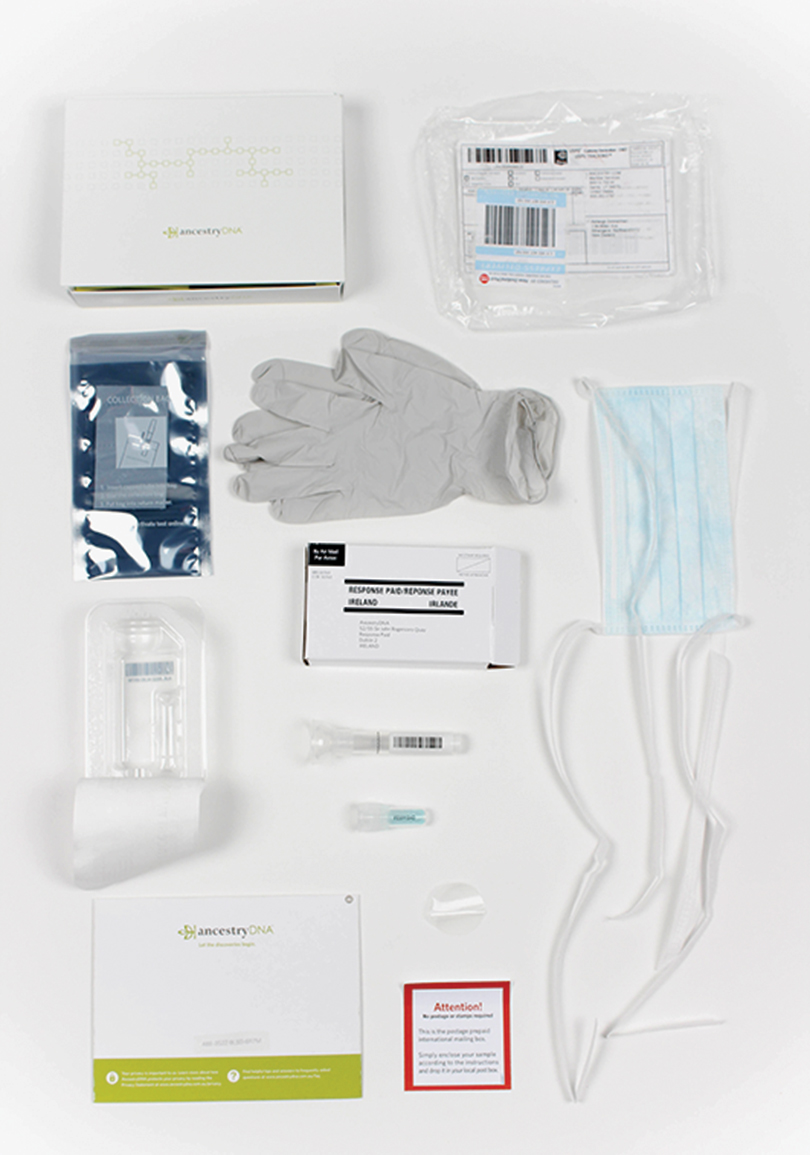 Mātauranga Pītau Ira is a juxtaposition of medical iconography with traditional whakapapa aesthetics – surgical masks decorated with moko kauae designs, coloured cotton buds used to create a kōwhaiwhai pattern – to create a new visual language that reflects the vulnerability that comes with receiving finite genetic results without the proper contextualisation of whakapapa.

“DNA is widely considered to be the building block for life, but genes are more than just chemicals,” says Ashleigh.

“If ira tangata is the human genome, whakapapa can be envisioned as the cultural value contained within the genome.”

Although Mātauranga Pītau Ira draws directly from Ashleigh’s own experiences, her work has wider implications for the ongoing discussion on the longevity and complexity of indigenous identity. 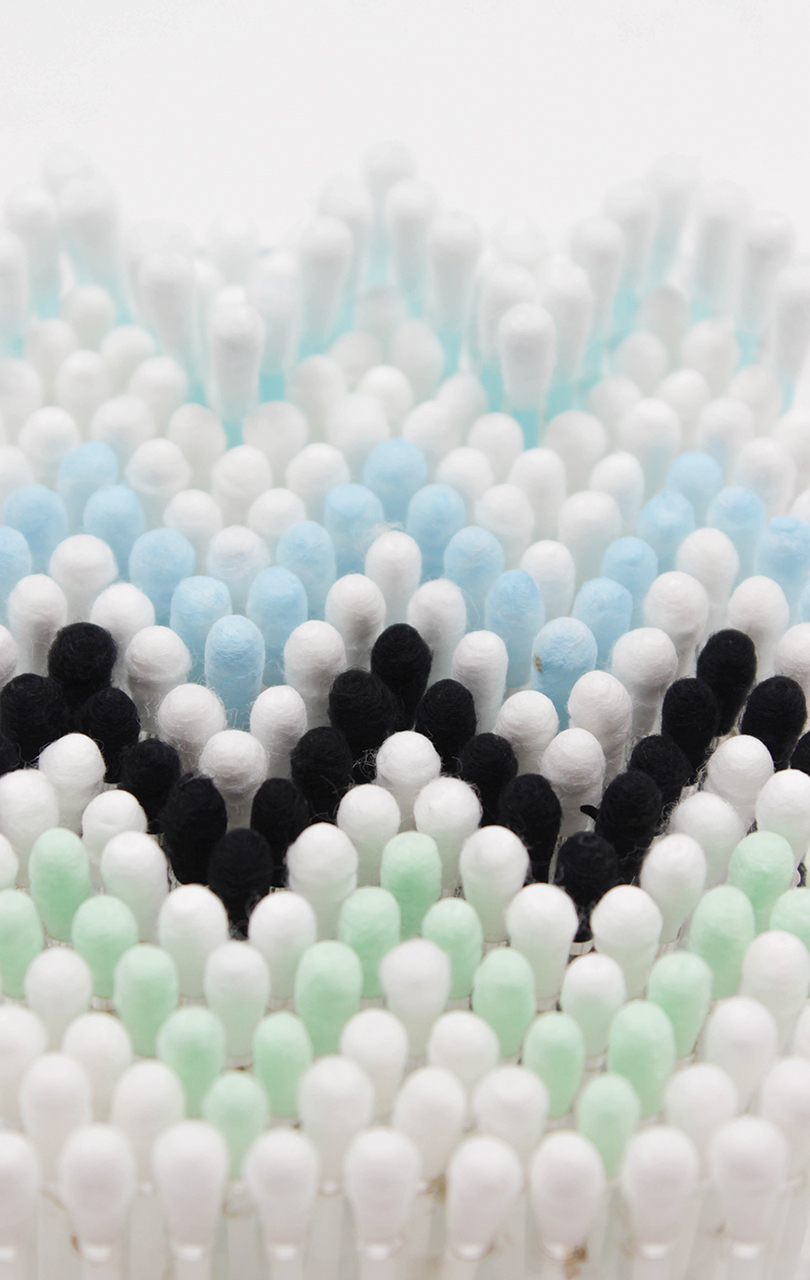 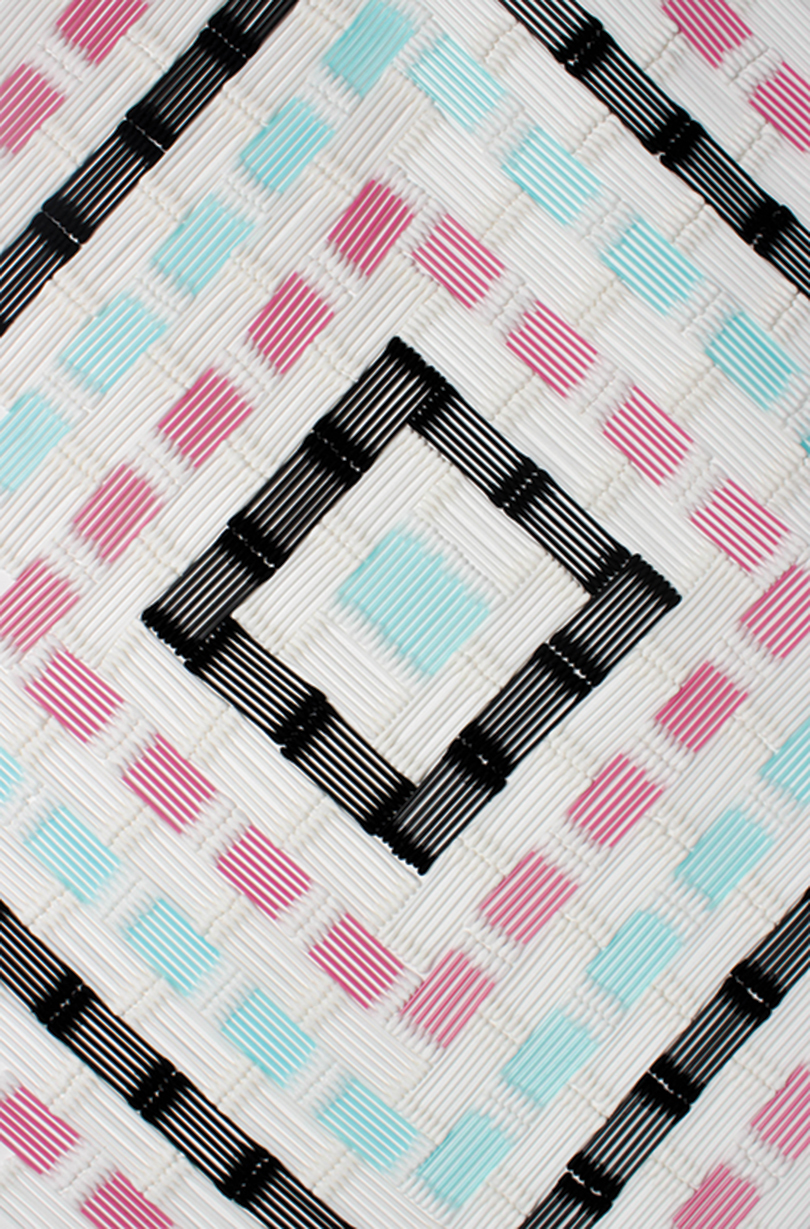 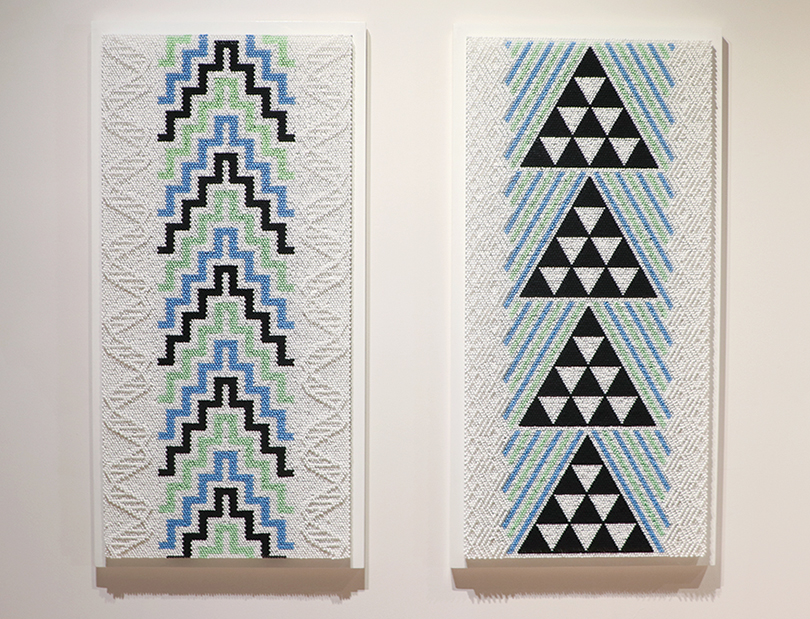