As we look ahead to the dawn of a new decade, Ngāi Tahu must consider the best way to cultivate a new generation of leaders to steer the waka in the years to come. ‘Succession planning’ is the much-touted phrase used to describe the process of identifying and developing tomorrow’s leaders today – but what does it mean within Te Rūnanga o Ngāi Tahu? Kaituhi Anna Brankin sits down with kaiwhakahaere Lisa Tumahai to find out. 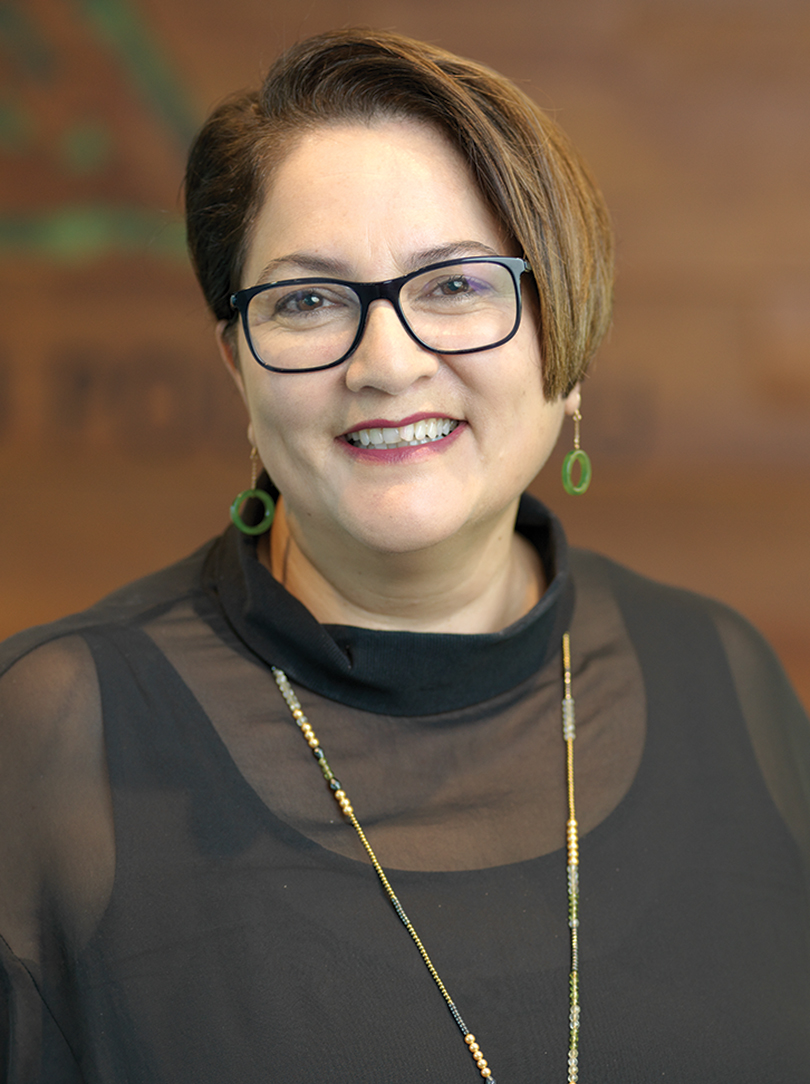 “When I was elected as kaiwhakahaere, I was very clear that one of my top priorities was to nurture the leadership capability across our board table, and within our iwi and papatipu rūnanga,” Lisa says. “It’s important not only to grow a new generation of leadership, but to ensure that we as the existing leaders are truly bringing value to our roles, and that we can provide that support and guidance to others.”

Lisa’s own journey has taught her about the personal and professional development required to grow into leadership roles within the iwi. She was first elected to Te Rūnanga o Ngāi Tahu as the representative for Ngāti Waewae in 2002, and later to the role of deputy kaiwhakahaere in 2011. She took on the role of kaiwhakahaere in 2016 when Tā Mark Solomon stepped down, and was formally elected a year later in 2017.

“Those early years were a learning curve, and I was fortunate enough to be able to listen to and absorb the lessons of some of the more experienced representatives who sat on Te Rūnanga with me,” Lisa recalls. “Over time, I built the confidence to participate more, to contribute more, and eventually to put myself forward for leadership roles at the table.”

“My vision for the future is that every single person elected to Te Rūnanga will have already had the support and mentorship to prepare them for the role. As soon as they’re elected, they should be ready to hit the ground running … It is a privilege, not an entitlement, to sit at the table of Te Rūnanga. We are all there to uphold the mana of our papatipu rūnanga, and I would expect my fellow representatives to welcome this opportunity for reflection.”
Lisa Tumahai Kaiwhakahaere, Te Rūnanga o Ngāi Tahu

Succession planning remains a top priority for Lisa today, as she hopes to build capacity and confidence throughout the iwi that will see our papatipu rūnanga spoilt for choice when it comes time to elect their representative for Te Rūnanga o Ngāi Tahu.

“My vision for the future is that every single person elected to Te Rūnanga will have already had the support and mentorship to prepare them for the role,” she says. “As soon as they’re elected, they should be ready to hit the ground running.”

Of course, that’s not to say that there shouldn’t be opportunities for further growth and learning after their appointment. As Lisa says, there are already frameworks in place for professional development, and she would like to see performance reviews introduced as well.

“It is a privilege, not an entitlement, to sit at the table of Te Rūnanga,” Lisa says frankly. “We are all there to uphold the mana of our papatipu rūnanga, and I would expect my fellow representatives to welcome this opportunity for reflection.”

Lisa is also open to following the example set by other iwi like Waikato Tainui, where members of the executive board are subject to a one-term stand-down period after serving three consecutive terms. They are able to return to the board later, but the stand down provides a refresh and an influx of new ideas, as well as an opportunity for others to grow their leadership skills.

“I fully accept that I’m challenging myself by holding this opinion, given that I’m currently in my 17th year at the table,” Lisa laughs. She had every intention of stepping down when her last term came to an end before she was encouraged to stand for kaiwhakahaere.

“I was ready to step down, and had actually been working closely with the then alternate representative for Ngāti Waewae to make sure she was ready to replace me,” Lisa recalls. “But you try saying no to Tā Tipene! He was the one who said it wasn’t about me – it was about what was best for the iwi.”

Lisa remains realistic about the fact that introducing this limit on consecutive terms is an aspirational plan – and one that would require buy-in from her fellow representatives. “Obviously, we would need to consider the impact this could have on the stability of our leadership,” she says. “Before introducing a policy like this, we’d develop mechanisms to ensure smooth transitions so that our high standard of leadership continues without interruption.” The first step is making sure that succession planning is actually in place, so that all papatipu rūnanga have competent and capable leaders who are ready to step up to the table when their predecessor’s term draws to a close. But, she says, it’s time for Te Rūnanga to start walking the talk. “So many of the programmes we offer are around growing leadership capacity amongst our rangatahi and pakeke,” she says. “The thinking behind this has always been very clear: we are developing the next generation of leaders. And if that’s the case, it’s up to us to make sure that there are leadership roles for them to step into.”

There are fantastic examples of succession planning happening throughout the takiwā, and Lisa says that papatipu rūnanga are becoming more deliberate about the selection of their alternative representative to Te Rūnanga o Ngāi Tahu.

“The alternate role has often been seen as just that: an alternate, someone to fill in if the representative can’t make it to a hui,” she explains. “Now we’re starting to see rūnanga prioritise that role for an emerging leader in their community, with the view to seeing them step up after spending a term learning from the sitting representative.”

As well as this tuakana/teina relationship, papatipu rūnanga are planning for the future by selecting leaders who have worked for them in another capacity, or have gained relevant experience in governance or leadership roles. 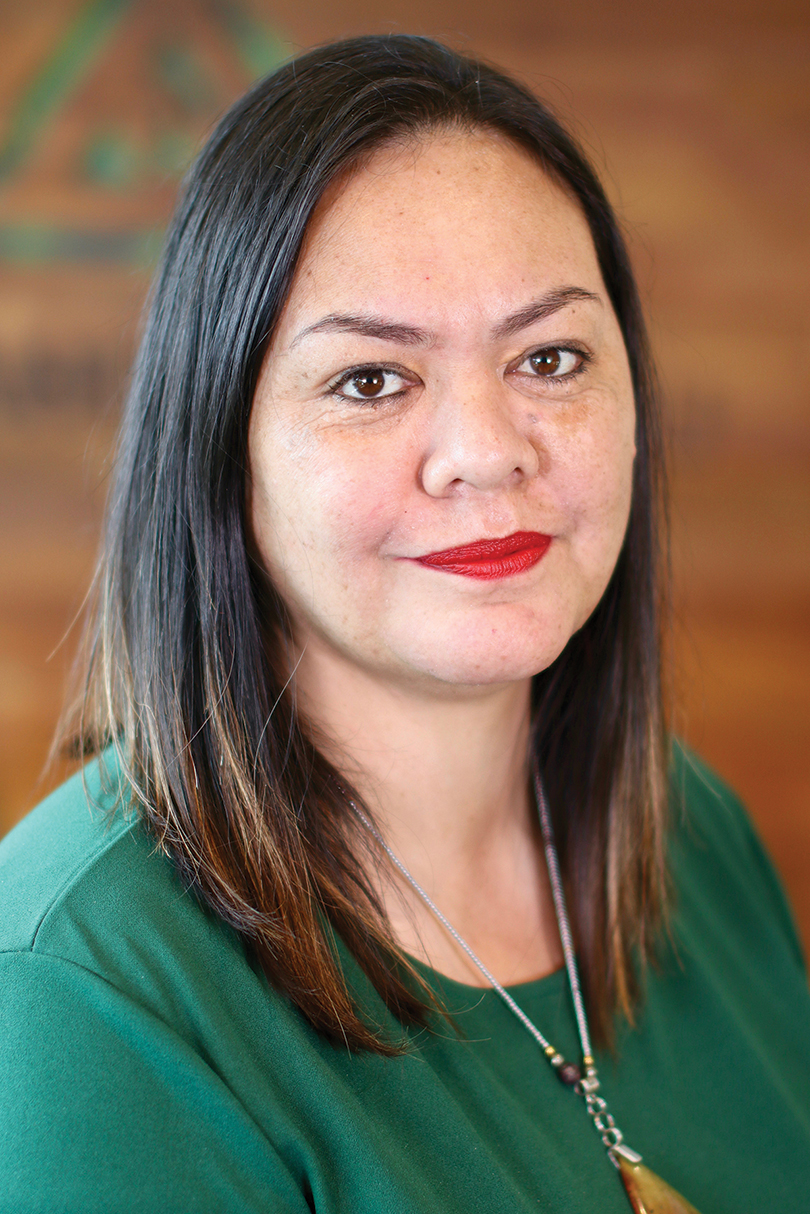 Lisa points to the newest member of Te Rūnanga o Ngāi Tahu as an example: Tania Wati, the recently elected representative for Ngāi Tūāhuriri. At 40, Tania is one of the youngest representatives at the table but she brings a deep and committed understanding of the needs of her rūnanga, as well as an impressive set of skills honed over four years as the kaihautū of Mahaanui Kurataiao – the environmental management service that represents the interests of the six papatipu rūnanga in the Waitaha region.

“I see my career as a series of opportunities that I was able to say yes to, because I have always been spoilt with support and guidance,” says Tania. “I never knew that I was part of anyone else’s succession plan, and it’s quite humbling now to know that people have been looking on me and watching me grow.”

“It comes down to three words for me. Encourage, support and nurture. That’s what I am intending to do for our rangatahi coming through. It’s about identifying their strengths instead of focusing on their weaknesses, and giving them more opportunities and more responsibility – and giving them a safe environment to fail, to own it, to learn and to move forward.”
Tania Wati Representative, Ngāi Tūāhuriri

Tania runs out of fingers when she starts listing the aunties, uncles, whānau and friends who have brought her to where she is today, starting in the kitchen at marae throughout Te Waipounamu and Te Ika a Māui, to each of the hapū that she serves today through Mahaanui Kurataiao.

But when it comes to growing leadership capabilities, Tania would far rather talk about how she intends to pay it forward than her own journey.

“It comes down to three words for me,” Tania says simply. “Encourage, support and nurture. That’s what I am intending to do for our rangatahi coming through. It’s about identifying their strengths instead of focusing on their weaknesses, and giving them more opportunities and more responsibility – and giving them a safe environment to fail, to own it, to learn and to move forward.”

Tania agrees that it is worth exploring the idea that representation on Te Rūnanga o Ngāi Tahu could be of limited duration, saying that the kaupapa addressed at the table are always going to be bigger than the people who sit at it – although she notes that the will of the people and capacity on the ground may require longer durations of service.

“The common theme seems to be ‘I’ve got a couple more things to do before I step down,’” she laughs. “Well, there’s always going to be a couple more things to do! You’ve got to trust and allow for the fact that others will be able to understand and uphold your vision – and the point of succession planning is actually to communicate that all along.”

Tania’s advice for the next generation of Ngāi Tahu leaders? “Know your people, serve your people. Be really clear about what that role is – tribal servant. Understand the structures that you find yourself placed in and adhere to the tikanga, kawa and the living/guiding
documents. Never forget the people who support you. And you’re never too good to get your tea towel-tanga on!”