Following in the footsteps of their kuia

Growing up with generations of extended whānau in the Blenheim Māori Women’s Welfare League, Sue Parish and Jazmine MacDonald didn’t give much thought to its future – that is until they became mothers. Seeing an urgent need to bridge the gap between senior members and rangatahi, they launched a succession plan for this important kaupapa. Kaituhi Ila Couch met the multi-generational rōpū on a recent hīkoi to Kaikōura. 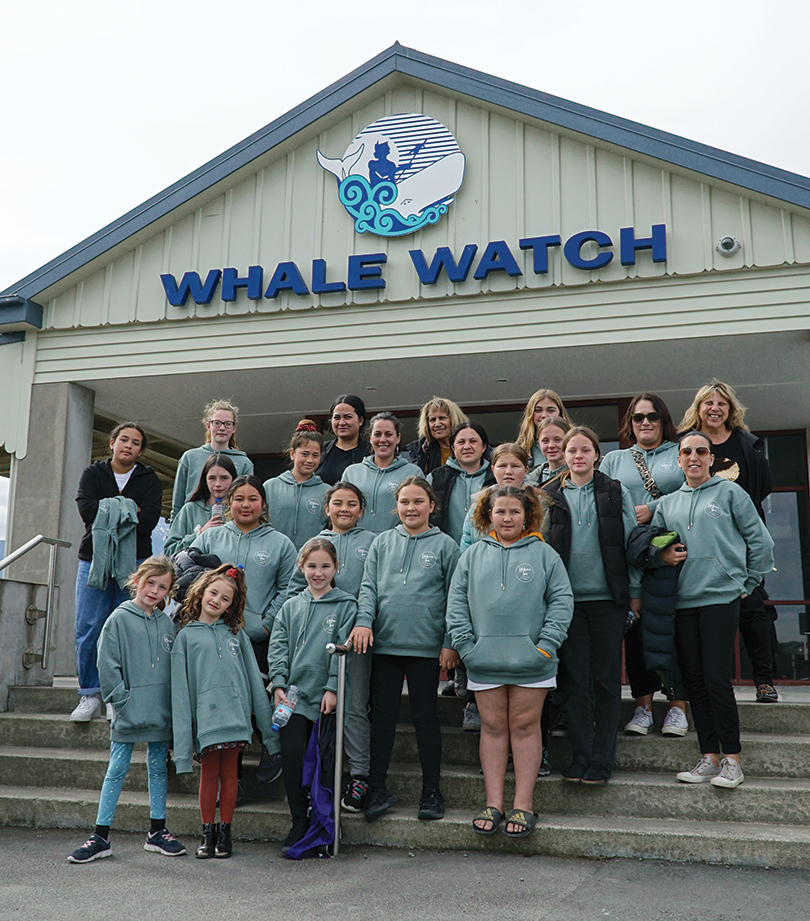 There’s no doubt everyone on board the whale watch kaikōura boat is excited, but right now the rōpū is dealing with a bit of seasickness. While the rangatahi look a little pale, the kuia seem to be coping quite well with the undulating waves. Their only complaint – not getting matching hoodies like the rest of the group.

“Honestly, I didn’t think they would wear them,” says Sue Parish (Ngāi Tahu, Rāngitane ki Wairau, Ngāti Kuia and Ngāti Apa ki te Rā Tō), who along with Jazmine MacDonald (Ngāi Tahu, Rangitāne, Ngāti Apa and Ngāti Kuia), has organised the weekend’s whale-watching and local history wānanga. Sue could be forgiven for thinking hoodies might be too casual for these matriarchs. Old habits die hard and even at sea these kaikōkiri mana wāhine have dressed up for their Māori Women’s Welfare League outing.

The Blenheim branch of the League has a couple of whānau with three generations of living members and Sue, her mum Liz McElhinney, and aunt, Gemma McKinney (Ngāi Tahu, Rangitane ki Wairau, Ngāti Kuia and Ngāti Apa ki te Rā Tō), president of the Blenheim League, is one of them. As an only child, Sue remembers attending League meetings on the hip of her grandmother, Queenie MacDonald. “My nana joined the League just after it was founded and I went to some of those old meetings and met all the aunties. It has always been around me.”

Gemma, Liz and the next generation of league members, Sue’s youngest daughter Marlie (7), and twins Sophie and Ella (13), are all on board for the weekend along with 17 other League mums, their daughters, and kuia. 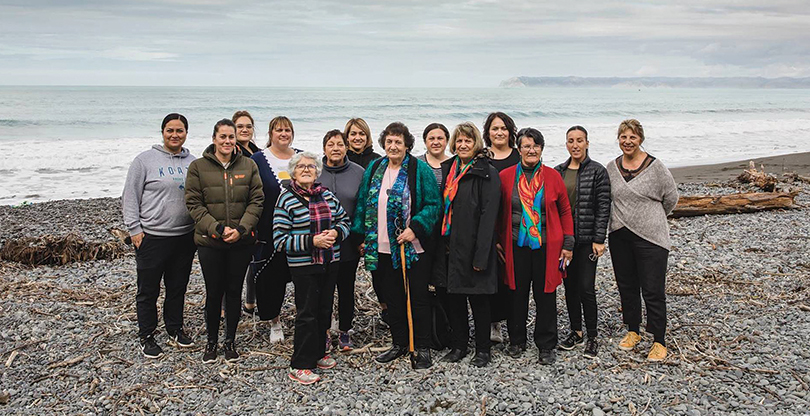 Co-organiser Jazmine, mum to Lina (19) and Malia (12), also followed in the footsteps of women in her whānau and joined the league as a junior member. “The MWWL used to run Māori netball to promote healthy living and healthy lifestyles. I played for Te Waipounamu and got to try out for NZ Māori Netball. There were lots of opportunities then.”

Jazmine remembers the extra activities the League used to run for the rangatahi and it was when she shared those memories with her oldest daughter Lina that she realised things had changed.

Knowing rangatahi were missing out, Jazmine talked to Sue.

“My girls start college next year so, like Jazmine, I wanted to empower our rangatahi and put in place some support.”

A big issue that also needed addressing was the widening age gap between generations in their Blenheim League. “Our branch has a high number of seniors, mostly over the age of 65,” says Jazmine.

Increasing members aged in their 20s to 40s, and bringing together generations through a series of wānanga, seemed like the solution. 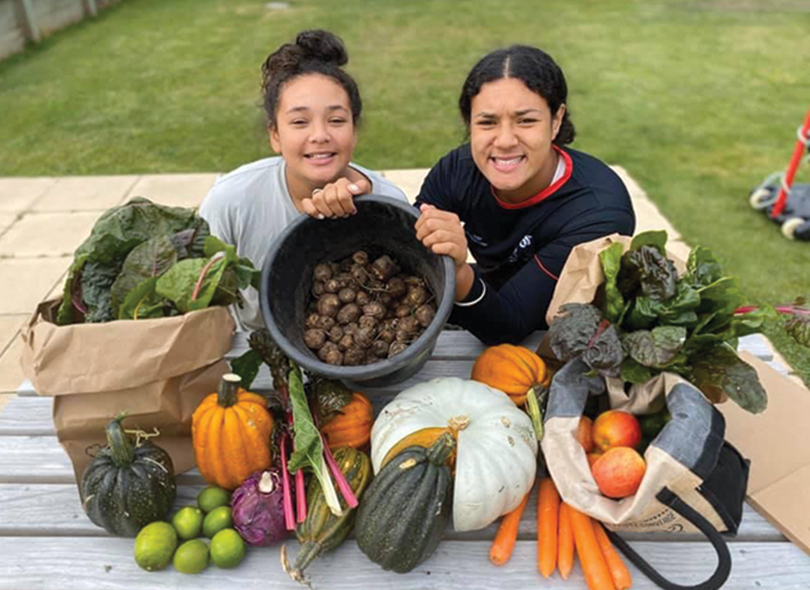 Coming up with ideas for wānanga has been linked with the work Sue, Jazmine and other League members do at Oranga Tamariki (OT) in Blenheim. “Even in our workspace, the one constant is the League,” says Jazmine. That workspace is also a whānau affair. “Lina, my daughter, works for OT as a mentor and resource worker in the holidays when she’s not in uni. She was asked to create something for our local rangatahi coming into the college system, so together we had a mosh-pit of ideas and came up with a holiday programme.”

Seeing how successful the rangatahi programme was for OT, Sue and Jazmine applied for funding to replicate that process for the League. The first wānanga was all about whakawhanaungatanga, bringing together senior and rangatahi members. “It was just them getting to know each other and for our rangatahi to listen to the history and the story of the League for our Blenheim branch,” says Sue, whose Aunt Gemma was one of the kuia who brought along old League scrapbooks. 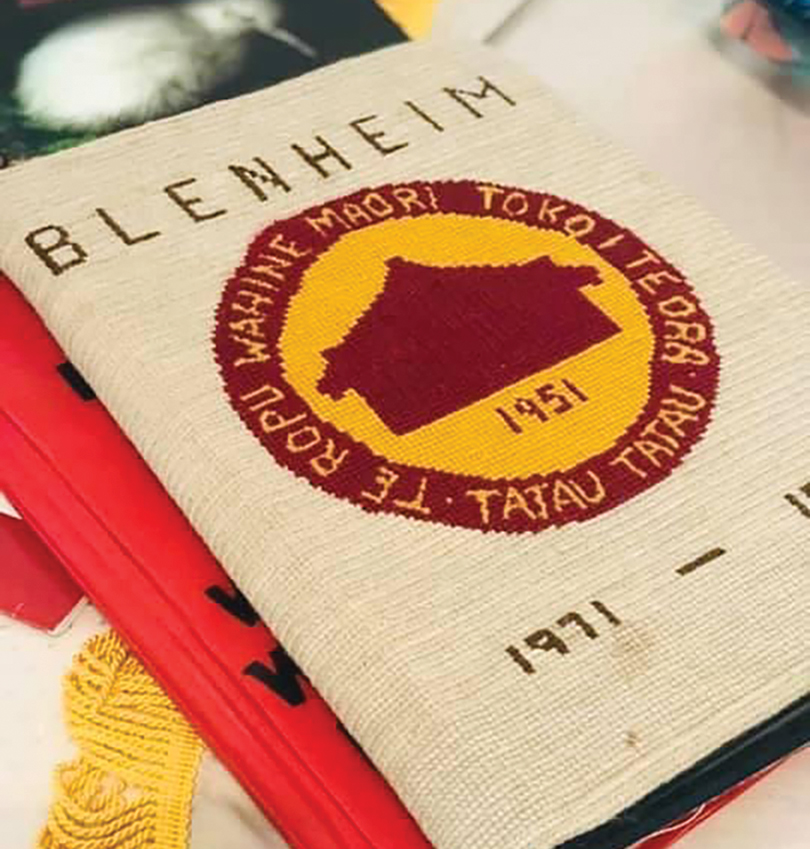 “Some were quite excited to see their grandmothers in there,” says Gemma, who has been a League member since the 1980s. “It was quite a good spark for them going forward to know they are part of something already.”

The second wānanga at Titi Raukawa was around connecting to the whenua since many of the rangatahi whakapapa to Ngāti Kuia. “I became a trustee for Ngā Pakiaka Mōrehu o te Whenua and we got funding from Te Pūtahitanga o Te Waipounamu to run ahi kā wānanga,” says Sue. “I suppose my passion for learning about local significant sites in history started there. Teaching our tamariki so those stories aren’t lost and they can tell them one day is so important, especially since everything is so digital these days.” 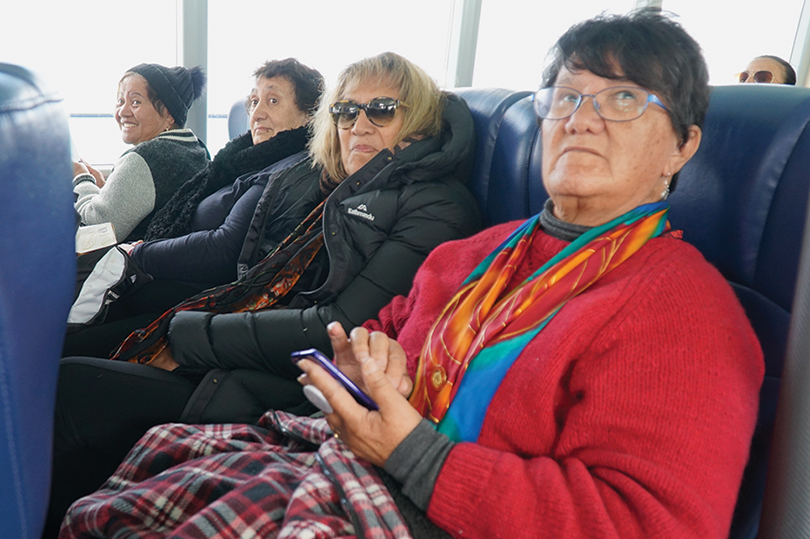 When COVID-19 hit and the country went into lockdown, Jazmine and Sue had to abandon taking the rōpū to the National League offices in Wellington. Fortunately, Lina rallied other League members in her age group and stepped up with a solution. “They are way more tech savvy than us and got together on Zoom to plan out what we could do,” says Jazmine. They asked the girls to talk to their whānau about kai they like and then create recipes to make and share.

“It is a tuakana/teina relationship but our rangatahi are so creative and passionate and energetic, it’s revitalising senior members to be involved in doing things with us.”
Sue Parish Ngāi Tahu, Rāngitane ki Wairau, Ngāti Kuia and Ngāti Apa ki te Rā Tō

With the help of funding, meals were made, packaged and distributed once a week throughout the community, along with a keepsake recipe card. “Through OT we were classed as essential workers and could collect and distribute the kai,” says Jazmine.

Packages went to the local kohanga, caregivers for OT and senior League members who were not connected by technology.

Jazmine says it was a time everyone learned from each other. “It gave the mums and rangatahi things to do together where they could bond. What it has taught me is I’m not good with technology,” Jazmine says with a laugh. 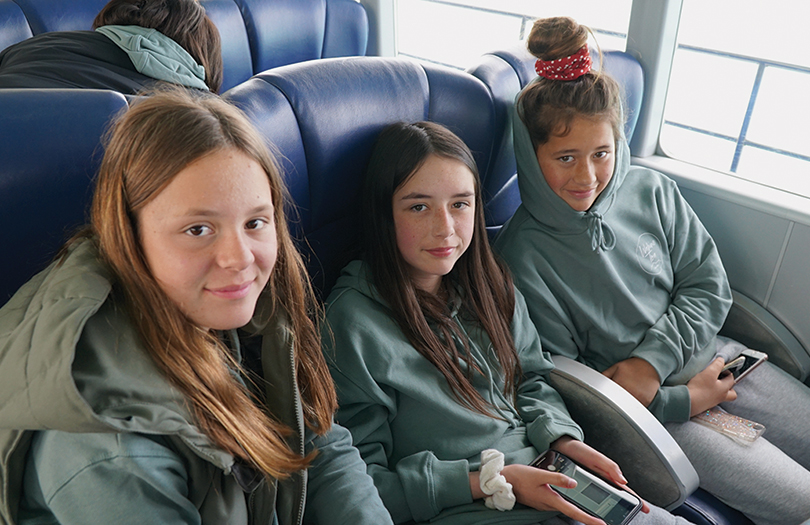 Having gone through lockdown and the resulting lack of physical contact, it is obvious the rōpū are happy to be back together for today’s wānanga. The captain announces the weather will keep us from deeper water where the whales are, which is disappointing but doesn’t seem to dampen spirits. Up on deck, rangatahi run from one side of the boat to the other to catch a glimpse of Hector’s dolphins.

Since the wānanga began earlier this year, membership has nearly doubled with a boost in mothers joining to support their rangatahi. There are clearly benefits for each generation. Sue says the wānanga have re-energised older members. “It is a tuakana/teina relationship but our rangatahi are so creative and passionate and energetic, it’s revitalising senior members to be involved in doing things with us.”

Jazmine sees the League as a welcoming and safe space for mums. “Some might not have te reo, or know their place on the marae or whatever, but through the League they can be a part of something without massive expectations.” 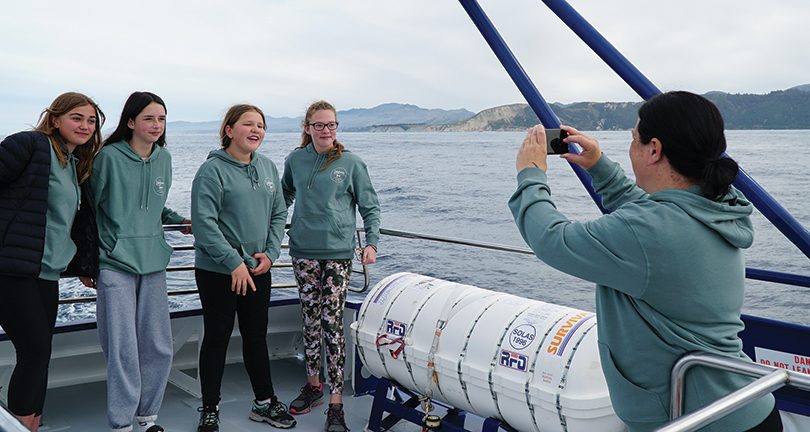 Kuia Gemma believes it is vital rangatahi have confidence to go out and do things, and be comfortable in their own space. “Doing these things as a group strengthens them and brings them out of themselves. It is also making sure we are talking to each other. We have lost that with too much technology.”

On the hunt for more funding, the Blenheim MWWL has other wānanga planned for the end of the year. It is always looking at ways to continue supporting girls, mothers and kuia.

“It reminds me of when my nana was in the League,” says Sue.

“All those aunties are just like us; mums at the same time, their kids are getting bigger and they had that group and those friendships that lasted for 40 years.”

Jazmine agrees: “In 20, 30 or 50 years down the track, it will probably be our great-great-granddaughters that will be carrying on the League.”