Te Pōkai Ao is an initiative by Te Rūnanga o Ngāi Tahu to grow new generations of innovative leaders who are in touch with our history and prepared for our future. Each year, successful applicants attend noho marae in Te Waipounamu, before travelling to Silicon Valley in San Francisco or O’ahu in Hawai’i – opportunities that allow them to connect to their Ngāi Tahutanga and learn more about career pathways in STEAM-related fields. Three years in, the far-reaching impact of these haerenga are beginning to be felt. Kaituhi Anna Brankin reports.

“You’ve come into this room as tauhou, as strangers, who are all connected by one thing: by blood, by our common tupuna. Who is the tupuna that binds us? Tahu Pōtiki.”

These are the words that Te Rau Winterburn (Ngāi Tahu, Ngāti Raukawa ki te Tonga, Ngāti Kahungunu) says when a new rangapū of Te Pōkai Ao gathers together for the first time. He laughs, saying that every time, he looks around the room at their mataku, worried faces; and every time he promises them that by the time the haerenga is over, everything will be different. “Remember this moment,” he’ll say to them, “because when we get back I promise you there will be tears, there will be hugs, and you will be not just friends, but whānau.”

Every year, he’s been proved right.

“Back in 2016 I got a call from some kaimahi at Te Rūnanga o Ngāi Tahu who had come up with this idea, to get our Ngāi Tahu rangatahi involved in STEAM subjects,” Te Rau says. “The ultimate goal was to develop a community of innovative, technologically-savvy rangatahi Māori that could carry a Ngāi Tahu perspective into solving issues that our iwi faces now, and, more importantly, in the future.”

STEAM (science, technology, engineering, arts and mathematics) is a future-focused method of education that integrates subjects previously taught separately, and encourages students to think creatively about solutions to real-world problems. The idea for Te Pōkai Ao came about when statistics indicated low participation amongst Māori students in STEAM subjects.

“This programme emphasises the indigenous approach, promoting a connection to place-based knowledge and providing a stronger context for implementing science, technology, engineering and mathematics through an indigenous lens. The intention is to empower Ngāi Tahu rangatahi with culturally responsive content and context so that they see themselves as future disrupters of a system rewired for social change, enabling them to become active contributors to future indigenous economies.”
Jeanine Tamati-Elliffe

The initial concept was to take a group of rangatahi in years nine and 10 to Silicon Valley in San Francisco, where they would attend workshops and visit major tech businesses like Google, Facebook, Uber, and Twitter; as well as universities including Stanford University and the University of California, Berkeley. On top of this, the programme would offer participants a deeper knowledge and understanding of their Ngāi Tahutanga. The intention was to grow a generation of future leaders who would use their newfound passion for innovation and creative design for the benefit of Ngāi Tahu whānui.

“I was asked to come on board as a kaiako matua alongside Gaynor Hakaria (Ngāi Tahu, Ngāti Porou, Ngāti Kahungunu, Te Whānau-a-Apanui),” says Te Rau. “Gaynor and I have taught together before at Tuahiwi Primary School, Woolston School, and Te Waka Unua, but we’d never done anything of this magnitude before. It was an opportunity we couldn’t turn down.”

The first Te Pōkai Ao haerenga took place in 2016, and since then the programme has gone from strength to strength, with 111 alumni to date. In 2018, the opportunity arose to add a second annual haerenga: a trip to O’ahu in Hawai’i for rangatahi with a specific interest in indigenous knowledge and mahinga kai. This was made possible thanks to relationships forged on First Nations Futures Programme (FNFP) – another leadership initiative offered by Te Rūnanga o Ngāi Tahu. Jeanine Tamati-Elliffe (Ngāi Tahu – Ōtākou) and Dr Kiana Frank (Hawai’i) met on FNFP, and later co-developed Te Pōkai Ao ki Hawai’i. 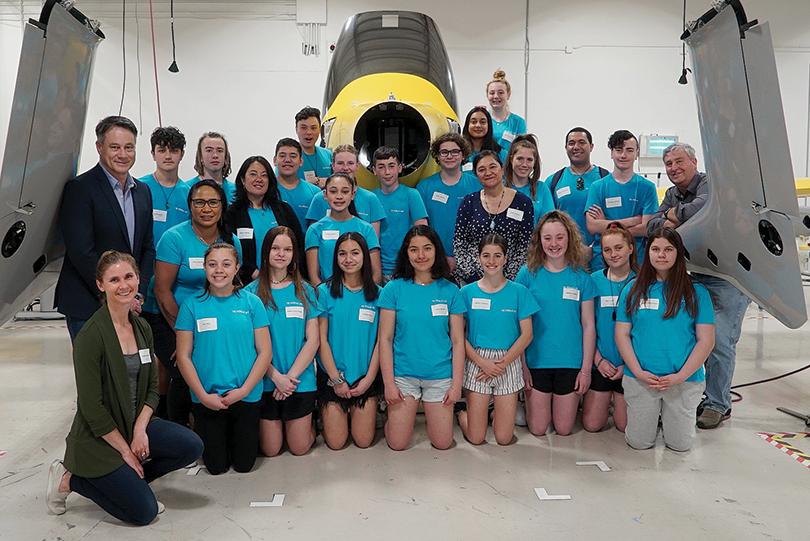 “This programme emphasises the indigenous approach, promoting a connection to place-based knowledge and providing a stronger context for implementing science, technology, engineering and mathematics through an indigenous lens,” says Jeanine. “The intention is to empower Ngāi Tahu rangatahi with culturally responsive content and context so that they see themselves as future disrupters of a system rewired for social change, enabling them to become active contributors to future indigenous economies.”

Rangatahi are exposed to kaupapa like food security, food sovereignty and climate change, and engage in discussions and activities that explore indigenous responses to these problems. “There is an expectation and a huge responsibility for the rangatahi to give back – to contribute to the oranga and awesomeness of their whānau, hapū and iwi,” says Jeanine.

Over the last three years, the original enthusiasm Te Rau brought to the kaupapa has only increased. “I’ve taught in primary and secondary schools, and kura kaupapa; and what I found is that a lot of our kids have a perception that STEAM subjects – mostly science and maths – are not for them,” he says.

“This haerenga opens their eyes to what STEAM actually encompasses, including different sciences, different mathematics for different kaupapa, technology, and the design and engineering behind it. They learn that our tūpuna were actually masters of STEAM – they used it in their everyday lives.

“I know for a fact that Te Pōkai Ao has a real impact,” Te Rau continues. “After every haerenga I send surveys out to the kids and they all say they are engaging more with science, they look at maths in a totally different light, and their appreciation of the knowledge of our tūpuna is so much greater.”

In September this year, Te Rau and Gaynor had a unique opportunity to share and celebrate the success of an alumnus of Te Pōkai Ao. They were at Auckland Airport with the most recent rangapū, waiting for their flight to San Francisco, when they spotted a familiar face: Sam Wixon (Ngāi Tahu – Awarua), who took part in the very first Te Pōkai Ao haerenga.

Sam’s business was one of five to be selected by New Zealand Trade and Enterprise (NZTE) for the Global Kaitiakitanga Project. This is a competitive programme for young Kiwi innovators involving 14 months of mentoring from NZTE and a BizVenture trip to Thailand – which is what had brought him to the airport.

“I was walking through the domestic terminal in Auckland Airport and I thought, ‘That looks like Matua Te Rau … and that looks like Māmā Gaynor!’” Sam laughs. “It was awesome to see this year’s group setting off on their journey, and to be able to tell them a little bit about what I was getting up to.”

Above: Ngā rangatahi hard at work.

Te Pōkai Ao was just the beginning for Sam. His time in Silicon Valley sparked his interest in the innovative opportunities offered by design and technology, and his learning about Ngāi Tahu cemented his desire to do something inspired by our iwi values.
Sam has started his own business – Te Kete o Tangaroa – through the Young Enterprise Scheme, and is developing a sustainable alternative to single-use polystyrene packaging.

“I’m using a lot of the stuff I learned on Te Pōkai Ao in terms of how I’m running my business. The values I’m using, particularly kaitiakitanga, come from my learnings of how Māori culture can interact with business,” Sam explains. “In terms of what I’m actually producing, I’ve taken inspiration from the mahinga kai practices of my muttonbirding tūpuna.”

Sam has taken inspiration from pōhā, the kelp bags traditionally used to preserve muttonbirds. The naturally-fluted bladder of rimurapa, or bull kelp, provides insulation through air pockets. He has prototyped with 3D design and agar plastics, and is continuing to trial other materials in order to find a commercially viable design that will allow him to take his product to market.

The day before I spoke to Sam, he was in Wellington at the Young Enterprise Scheme National Awards, where he received the National Excellence Award for Rangatahi Entrepreneurship. Without a doubt, this rangatahi is on the right path – and he credits Te Pōkai Ao for his success.

“I took part in year nine, when I didn’t really know what I wanted to do, and I lived in Hawke’s Bay where I felt a little bit disconnected from my iwi,” Sam says. “It made me think a lot bigger picture about careers and how I can apply myself to different things.

“In terms of my connection to Ngāi Tahu, I’m a lot more loud and proud about it now; and that’s something that I will cherish forever.”

Kōwhai Luke (Ngāi Tahu – Waihao) was among the 20 rangatahi who travelled to Silicon Valley in September, and three months later she is still buzzing. “It was a game changer for me,” she says. “It’s definitely made me have more self-belief.

“No one ever told me I couldn’t achieve things – that was my own self-doubt. But now I know there is so much out there, out of my classroom, out of Aotearoa; and it definitely makes me want to pursue a change to affect a lot more than just my small community.” 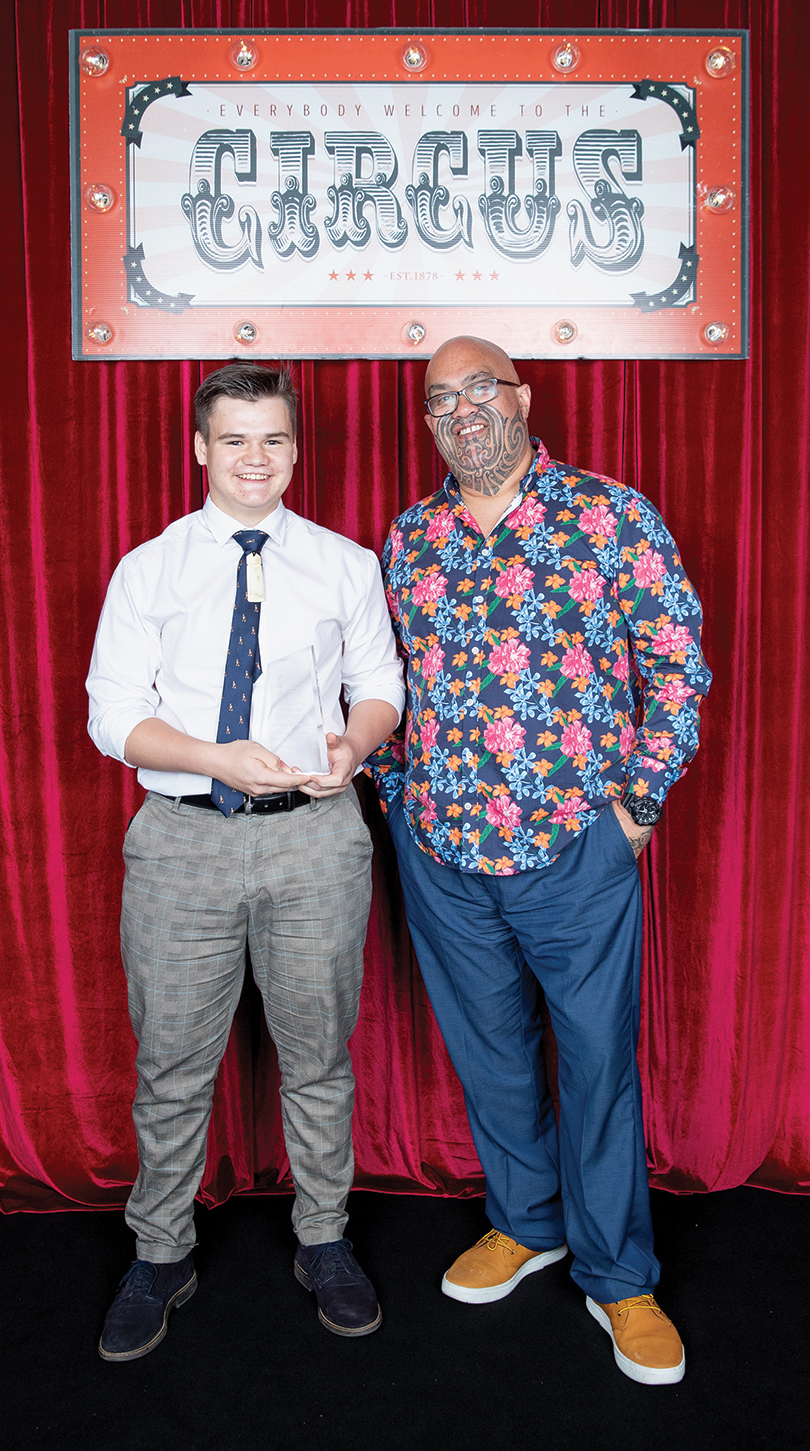 “Te Pōkai Ao was the first time I felt valued as Māori,” she says. “I learned that I could be proud, that I could represent my culture regardless of what I look like. It taught me that I am qualified to go out and make a change as a proud Māori wahine.”

Her enthusiasm for her recent trip and Sam’s ongoing success bode well for the impact of Te Pōkai Ao, but the team is still determined to ensure that the learnings are deeply embedded and the effects are long-reaching.

“I have heard through te aka kūmara that some of our iwi members question Te Pōkai as a worthwhile investment,” says Te Rau.

“We need to bear in mind that the fruits of this mahi will not present themselves until these rangatahi are in their adulthood. We’ve got to give them the chance to give back to the iwi.

“That’s something that Gaynor and I drill into the kids constantly: ‘You have to remember that this is a privilege, not a right. You were selected for a reason – the hope that you will strive to make our iwi better, and help resolve some of the issues that we’re facing now and in the future.’

“These kids, they’re going to be our next leaders – it’s as simple as that.”