The dark days and rain of winter are receding, with the extra light and warmth of spring starting to kick in. I love getting stuck into the māra at this time of year; getting it ready by clearing away the winter weeds, digging in the lupin cover crop, and fertilising the soil with dolomite lime and compost in anticipation of the food delights to come. One of my favourite foods I look forward to is the artichoke (atihoka). Artichokes are a relative of thistles. The edible part can be classified as either a flower or a vegetable, because the flower can be eaten. I like it for both the flowers and the food it provides.

Artichokes originally came from the Mediterranean region. The ancient Romans are the first known people to cultivate and eat them. Over the centuries, artichokes were spread to France, and then wider Europe. Italian immigrants to America in the late 19th century brought the artichoke with them, and by 1906 around 2,000 acres of artichokes were being grown in California. However, with most Italian immigrants settling in the New York area, this meant artichokes that were selling in San Francisco for a nickel could fetch a price of $1 or more each in Italian neighborhoods in New York and other eastern American cities. The profitability of this business attracted the interest of a New York gangster called Ciro Terranova, who used his thugs to acquire by force a monopoly on New York artichoke sales. This led to what was called the “artichoke wars” of 1930, when Terranova sent his thugs to California to enforce his monopoly and beat up and steal from non-complying growers. In an attempt to stop these crimes, New York authorities tried to ban the sale of artichokes. But all this did was raise public awareness and increase demand. Public outcry at the ban led to it being lifted after just one week, and resulted in the artichoke business becoming even more prosperous than before.

[A] nutritional combination makes artichokes a powerhouse of health and healing. They are good for the liver, spleen, brain, adrenals, thyroid, and, in particular, the pancreas; as they can help with hypoglycemia and diabetes. 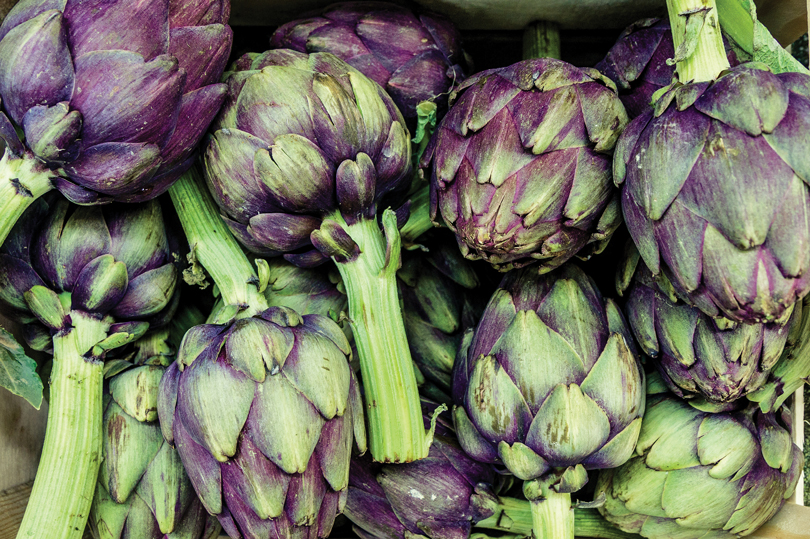 What was not known at that time, but which we have since learnt, is that artichokes are highly nutritious, with one of the highest antioxidant capacities of all fruits or vegetables. Artichokes contain:
• phytochemicals such as lutein and isothiocyanates, known to reduce disease risk
• vitamins e.g. A, E and K
• amino acids and enzymes
• high levels of minerals, e.g. silica and magnesium.

This nutritional combination makes artichokes a powerhouse of health and healing. They are good for the liver, spleen, brain, adrenals, thyroid, and, in particular, the pancreas; as they can help with hypoglycemia and diabetes.

The really good news is that artichokes are relatively easy to grow either from seed or as seedlings from a garden store. They prefer full sun and rich fertile soil, but can still be grown in cooler areas. Being a perennial that can grow up to 1.8 metres tall and 2 metres wide, they need plenty of space, but can be planted 50–100cm apart from each other as they can grow in clumps together. After being planted, they need to be watered regularly, and appreciate a good mulch around them to keep the moisture in. In around 20–24 weeks you can expect to see the first flower buds. However during the first growing season, it is best to remove any flower heads, as the plant needs to focus on establishing itself. It is from the second summer onwards that artichokes start producing flower heads that can be used for eating.

The flower’s inner petals and heart are the edible parts of the artichoke. The buds must be harvested while the petals are still tightly wrapped, and need to be cut off with a small amount of stem still attached. Getting it right can be a bit of an art; just like guessing when an avocado is ripe to eat. Too soon and it hasn’t developed enough and doesn’t taste very good, and too late and the hairy centre of the flower (the choke) has started to develop, with the “meat” of the artichoke used up for flowering purposes.

To prepare, boil the flower head in salted water for around 30 minutes. The leafy scales can then be pulled off and eaten, preferably after dipping in olive oil, melted butter with garlic, or a vinaigrette. 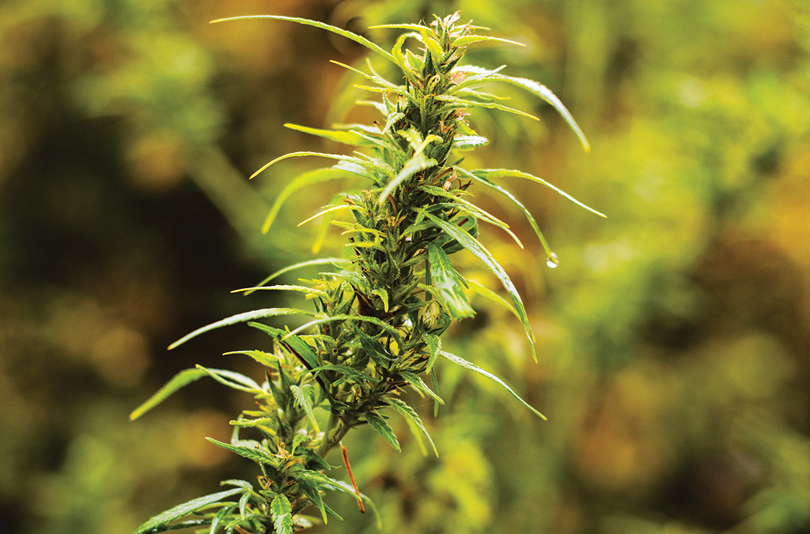 The number one healing herb I would like to be planting this spring, but still cannot, is Cannabis sativa (taru rauhea). Even I have been left flabbergasted by the sheer incompetence of all the political parties to get their act together (so far) to produce a workable solution that benefits those people who need to access the healing power of cannabis. National want to grandstand and play with their own toys in their part of the parliamentary kindergarten; while Labour and NZ First seem unable to comprehend either the science or the humanitarian necessity of legalising medicinal cannabis to help as many people as possible. The people who made submissions on how helpful and life-supporting cannabis can be and how access to a safe and affordable supply is crucial to support their health and well-being seem to be the least of the two main political parties’ concerns.

As I said in my presentation to the Health Select Committee, people with serious illnesses need to be able to go to a doctor to get a prescription for cannabis seeds that we can grow in our own home. In reality, the cannabis variety grown doesn’t even have to contain the psychoactive compound (THC). There are many potent health benefits from growing and using varieties with high levels of the therapeutic compound, CBD (cannabidiol), which cannot get one stoned, but are still currently illegal to grow.