Tanya Filia had a successful career in education when a serious illness forced her into early retirement. When doctors gave her just months to live she turned to te ao Māori, rongoā Māori, and the principles of Te Whare Tapa Whā. Kaituhi Ila Couch talks to Tanya about her ongoing journey to wellness, and the documentary she hopes will bring legislative change to the health and welfare system. 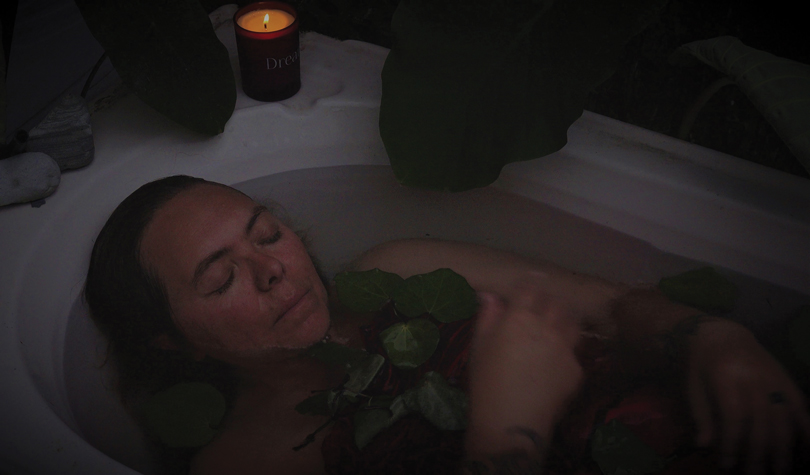 Above: Tanya soaking in kawakawa.

Tanya Filia is waiting for the fog to lift. It is a Sunday morning and from her home in Ōmāpere she has a perfect view of Ārai Te Uru, the southern head of the Hokianga harbour. “It’s beautiful. I’ve got the sand dunes, the valley, and the maunga.” Husband John is making breakfast for their youngest daughter, 9-year-old Willow, and family friend and film-maker Jessie McVeagh has just walked in.

Tanya and Jessie have been collaborating on a documentary, He Oranga Pūmau, which will screen at the Māoriland Film Festival in Ōtaki in March 2019. The project started at the worst moment in Tanya’s life, and has become a vehicle for a social movement, one that Tanya and Jessie hope will bring about meaningful change for New Zealanders living with terminal illness.

The oldest of five children, Tanya grew up in South Auckland and knew from an early age that she wanted to be an educator. “I had a really beautiful teacher who was my world. She uplifted the whānau, she uplifted me, and I thought, ‘That’s the sort of teacher I want to be.’” Tanya began her career at Leabank School, a primary school in Manurewa, moving to Hokianga in 2005 to be close to her parents Alecia (Ngāpuhi) and Wayne Robinson (Ngāi Tahu). In 2008, she became the Principal of Te Kura o Kohukohu, North Hokianga; and an active member of Te Akatea New Zealand Māori Principals’ Association, a nationwide group supporting the educational needs of Māori students. 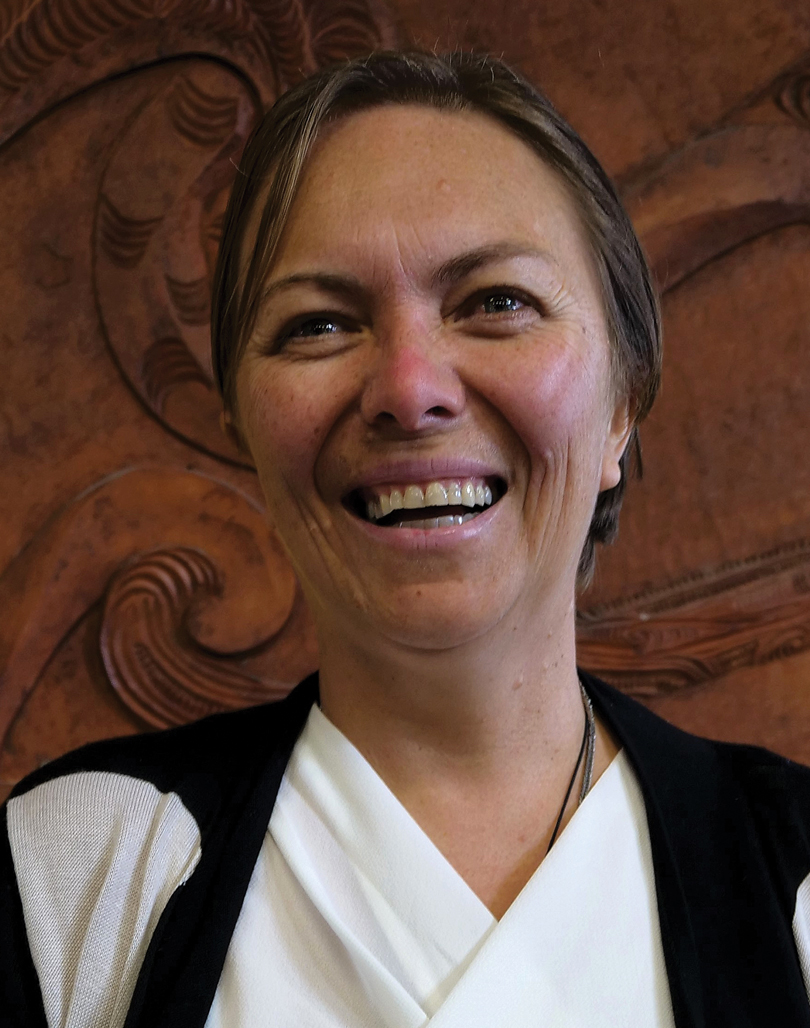 Tanya was 17 years into her career, a mother of four, and about to take on a new job as Principal at one of the largest schools in the Bay of Islands when she began having health issues. “I started feeling this horrible numbness on the left side of my face. When I would go to speak, words came out jumbled or not at all.” A heart specialist told her she had hyperventilation and anxiety due to the pressures of her job, but on Labour Weekend 2013, Tanya experienced a headache so intense it felt like her head was going to explode. An MRI scan revealed she had the highest grade of brain cancer: a grade 4 glioblastoma multiforme.

“The doctor said, ‘Sorry, Mrs Filia, we found a mass on your brain.’ Then he left.”

When Tanya told her parents she didn’t want to die, she says her dad held her and said, “You are not going to die. We’ll get through this as a whānau.’” Surgery removed 95% of the tumour, and Tanya had to travel from Ōmāpere to Auckland Hospital four times a week for chemotherapy and radiation. Forced to medically retire from her career, Tanya studied for a Post Graduate Diploma in Māori Education from Massey University while undergoing chemotherapy. “When I was having treatment I did readings, study guide work; and I would draft and write up essays.” She earned her Diploma with Distinction.

Once chemo and radiation were over, regular monthly scans showed Tanya was in remission. However, on the second anniversary of her original diagnosis, the numbness in her face returned. This time she got the results over the phone: secondary recurrence of brain cancer, with no cure.

“I was devastated. Being Māori, my parents said, ‘Nah, we’re going down there and we’re going to have a hui.’ They just told me, ‘It’s back and it’s widespread.’ No kōrero about natural therapies. It was their kaupapa, what they were trained in and their beliefs.”

When talk turned to a prognosis, Tanya left the room. “I didn’t know at that stage it was two months they had given me, and I’d be lucky to see Christmas.”

The whānau returned to Ōmāpere and Alecia and Wayne told their daughter and son-in-law the news they did not want to hear. From there the difficult conversations began. Knowing there was nothing more western medicine could offer, the decision was made to turn to te ao Māori.

Instead of killing cancer, the focus went to building wellness with rongoā Māori therapies including herbal remedies, physical therapies, and spiritual healing.

“A tohunga matakite healer created natural and herbal blends for me. I bathed in kawakawa and manawa (mangrove), had mirimiri, and through waka wairua, I went to a place spiritually for guidance from my tīpuna. Pathways started opening up for me. When one mahi finished with one tohunga, another would arrive on my healing journey.” 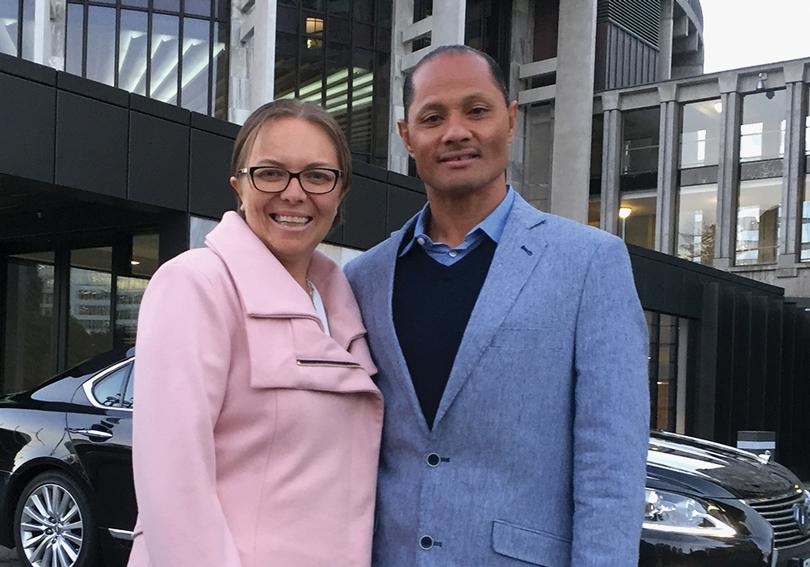 Above: Tanya and husband John.

In the same year Tanya was given her prognosis, the late Constable Anton Kuraia made headlines by walking from Whangarei to Wellington to raise awareness and lobby the government for research and funding around the benefits of intravenous vitamin C for cancer sufferers. Like Tanya, he had received a terminal diagnosis and been told there was no hope; but credited IV vitamin C for extending and improving his quality of life. Anton died in 2017, three and a half years after he was told he had only eight weeks to live. At an out of pocket cost of $140 per session, Tanya started travelling to Kamo for intravenous vitamin C treatment.

Knowing other friends who were using IV vitamin C for cancer, Jessie was interested in making a short documentary around this part of Tanya’s wellness therapies. “I wanted to show that vitamin C was giving her more time, despite what the doctors were telling her”, says Jessie. “I realised quite quickly that wasn’t her perspective. I had to listen hard about what it was for her, and it was rongoā Māori, Te Whare Tapa Whā, and that holistic approach.”

“We want the government to acknowledge that rongoā Māori is a taonga tuku iho and therefore guaranteed under Te Tiriti … We believe if you’ve been given a bad prognosis, people should be given funds to pursue holistic therapy if that’s their choice.”
Tanya Filia

The idea of the four cornerstones (or sides) of Māori health, Te Whare Tapa Whā, was formulated as a response to research conducted by the Māori Women’s Welfare League in the late 1970s. Their findings indicated that Māori health was suffering under a Pākehā system. In 1984, a conceptual framework was developed to support health practitioners in understanding the importance of te taha hinengaro (mental and emotional wellbeing), te taha wairua (spiritual wellbeing), te taha tinana (physical wellbeing), and te taha whānau (relationships).

Tanya says access to and the ability to pay for the kind of care that encompasses those principles has been an ongoing struggle. Rongoā Māori clinics, of which there are 18 in New Zealand, receive $2 million of government funding. Tanya says that equates to just three hours per week of funded care for the 5000 Māori who live in Hokianga. This is where the documentary He Oranga Pūmau has become an important tool in showing the realities of terminal illness, and the lack of government-funded support once conventional medicine is no longer an option.

“It’s not about me as an individual,” Tanya says. “It’s about everyone who I sit next to in treatment. It’s about getting support for them. Whether that be for quality of life or a cure, that’s beside the point.” 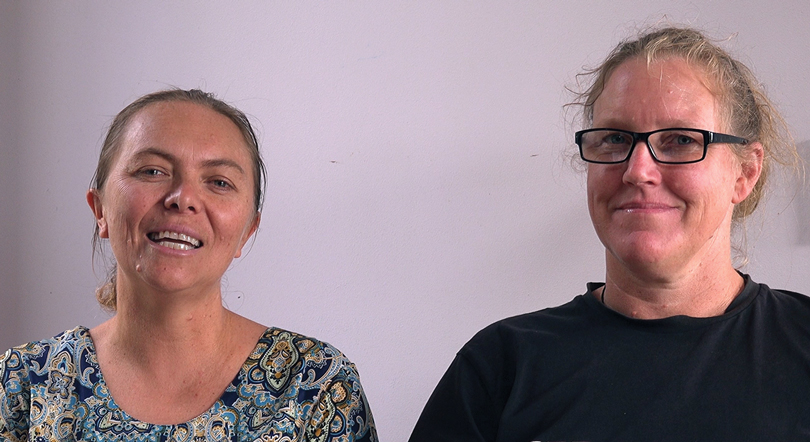 Above: Tanya with friend and film-maker Jessie McVeagh.

He Oranga Pūmau has screened at local film festivals and community meetings in the North Island, and in parliament in June this year by invitation from Green Party co-leader Marama Davidson. It is a goal of Tanya’s to come to Te Waipounamu and share the finished version of the film down South. Tanya is also gathering evidence for her part of a claim to be submitted to the Waitangi Tribunal Health Services and Outcomes Inquiry.

“We want the government to acknowledge that rongoā Māori is a taonga tuku iho and therefore guaranteed under Te Tiriti. We want someone in charge of reviewing all the recent research on IV vitamin C, but our main push is that we want better care and support for all New Zealanders who are diagnosed with terminal or serious illness. There’s a lot of inequity within the health system. We believe if you’ve been given a bad prognosis, people should be given funds to pursue holistic therapy if that’s their choice.”

Tanya is coming up to five years since her first cancer diagnosis. She hasn’t had another MRI scan since she left the doctor’s office in 2015, and when asked how she feels her reply is often, “Ka nui te ora”

“Next year will be my daughter’s 21st and my husband’s 50th; our youngest girl has school events and kapahaka festivals; and of course the big goal is to be around to see my mokopuna. Absolutely there are times where I’ll weep myself to sleep; but I use my prayer, my belief in my tīpuna helping me with this journey, and my belief in atua. That’s what gets me through the dark times.”