A dedicated and passionate group of Ngāi Tahu representatives has been working hard on species recovery groups across Te Waipounamu to protect vanishing taonga species, and to ensure that the iwi has a voice in their future. Kaituhi Kim Triegaardt talks to some of these representatives about the journey from token representation to collaborative partnership between Ngāi Tahu and the Department of Conservation (DOC). 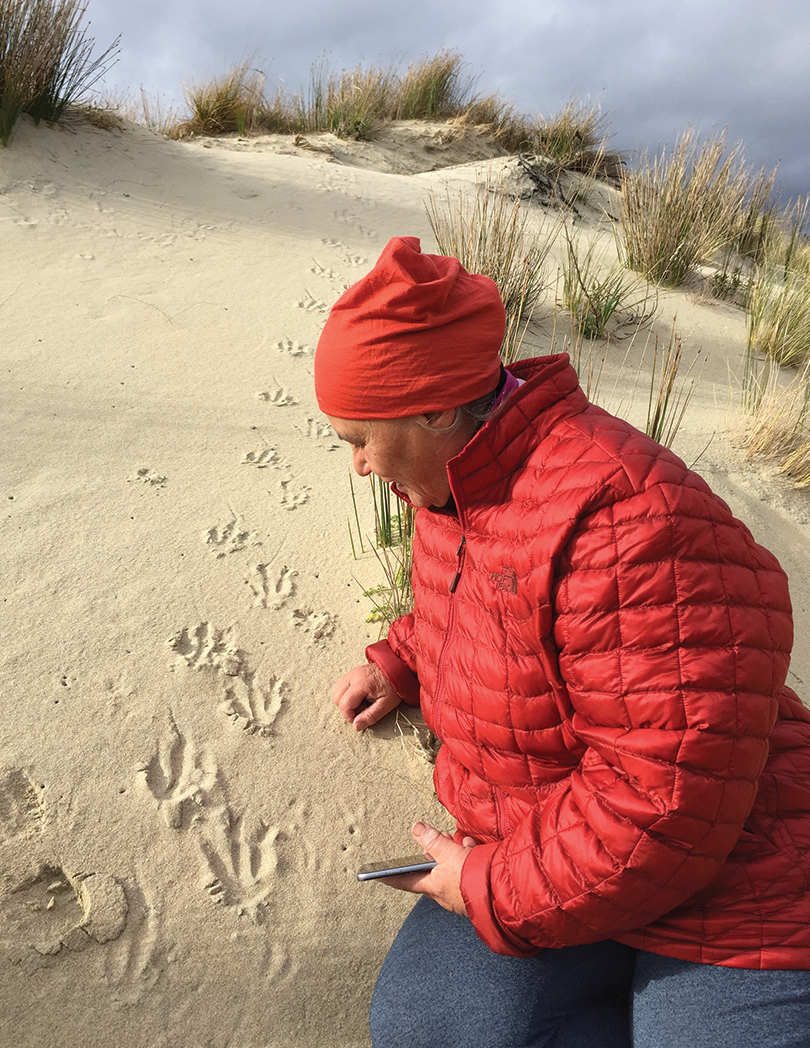 Above: Yvette Couch-Lewis, species recovery representative for the kākāriki karaka and hoiho.

“Let me tell you a story.” With a steely glint in her eye, Yvette Couch-Lewis (Ngāi Tahu – Ngāti Wheke) pushes up her sleeves and taps the table in front of me. “I was about to walk away as the orange-fronted parakeet representative for Ngāi Tahu. I was frustrated because we weren’t involved in the process, and no one was listening.”

But at the last minute, Yvette decided she wasn’t ready to give up on her beloved kākāriki karaka, and turned to Tāne Davis (Ngāi Tahu – Ōraka Aparima), the Ngāi Tahu representative on the Kākāpō Recovery Group, for help. “Tāne has such good relationships and I envied how much he seemed to be achieving through them. I couldn’t understand what I was doing wrong.”

“What is it I need to do?” she asked. His advice was simple and Yvette has embraced it wholeheartedly. “He told me not to worry if I offend someone – just to get in there and make a nuisance of myself.”

Yvette remembers her former self, but says the difficult change was one she felt compelled to make. “I don’t want to be on that group and the kākāriki goes extinct,” she says. The expression on her face tells the story she doesn’t trust her voice to. Once the kākāriki are gone, they are gone.

It’s a fate that could befall several of the 69 bird and marine mammal species listed as taonga species in the terms of the Crown’s Settlement with Ngāi Tahu in 1998. The Ngāi Tahu Claims Settlement Act (sections 288–295) made provisions for recognising native birds, plants, and animals of special cultural significance and importance to Ngāi Tahu. These provisions include the right to nominate an iwi representative to sit on recovery groups for species listed as endangered.

As the Ngāi Tahu representative on the recovery group for the hoiho (yellow-eyed penguin) as well as the kākāriki karaka, Yvette recalls that in the early years she often felt like a lone voice, all too easily ignored.

She remembers being asked to review the content relevant to Ngāi Tahu in the Hoiho Recovery Plan. “I asked what they expected me to do with the two sentences that were meant to reflect our contribution. I refused to provide comment or review a document that we had not contributed to. It was not a collaborative process, nor one that Ngāi Tahu would endorse.”

Yvette’s experiences on the species recovery groups have shown her the importance of accountability, and that partnerships are critical in protecting taonga species from extinction.

Her insights led to a serious discussion on how DOC and Ngāi Tahu could better work together. A hoiho pilot governance structure is now in place, with Ngāi Tahu, DOC, the Ministry for Primary Industries, and the Yellow-eyed Penguin Trust as partners. Yvette says the group is now stronger, more collaborative, and more inclusive than it’s ever been. She has also been appointed as the chair of the group – a move that shows DOC is finally recognising the unique perspective and passion that Ngāi Tahu representatives provide.

Julie Knauf, Director – Territorial Ecosystems for DOC, acknowledges that the Ngāi Tahu representatives had limited opportunity to engage effectively, creating a period of discontent between 2009 and 2014 when DOC developed changes to the recovery groups.

“Over the past year we’ve changed that, and have been working together on how to strengthen and improve the frameworks to bring greater outcomes for taonga species.

“We are getting better at working in partnership to achieve our common goals. Our relationship is based on trust, as well as a desire to understand and respect one another’s perspectives, aspirations, and constraints.” Julie says DOC is committed to early engagement and a no-surprises approach.

“It is quite an emotional time when a species is returned. Whānau have the opportunity to attend the release, and it’s really uplifting.”
Tāne Davis

The Ngāi Tahu representatives have also challenged the focus of recovery programmes, providing a fresh perspective on Ngāi Tahu taonga species values and traditional mātauranga. Julie says this input has contributed to the success of several recovery programmes. “For example, the kiwi recovery programme is a technically complex programme which covers a broad geographic scale and involves many interested parties and stakeholders. The recovery group includes a Ngāi Tahu representative who helps formulate recovery strategies and technical advice.” Julie says DOC needs to continue looking at how to weave te ao Māori and mātauranga Māori into the recovery strategies.

It’s a strategy that’s already in place and working on Whenua Hou (Codfish Island). On this large island west of Rakiura, a team of dedicated conservationists has been slowly turning back the clock on 100 years of destruction caused by sealers, farmers, possums, rats, and even weka. It’s a little corner of Aotearoa that’s just like nature intended – where trees are swollen and noisy with birds, the forests dense with windswept tētēaweka shrubs, rātā, rimu, tōtara, and kāmahi; and the ground thick with fern, flax, and mānuka. The air is ancient and its mauri strong.

In her mind’s eye, that’s where Linda Cook is right now; not sitting in front of me in a New Brighton cafe. She’s just returned from Whenua Hou, where she had to give a mohua a wee poke with her finger. Unlike the other 16 birds released that morning, this one wasn’t in a rush to escape its travelling box to explore its new surroundings. 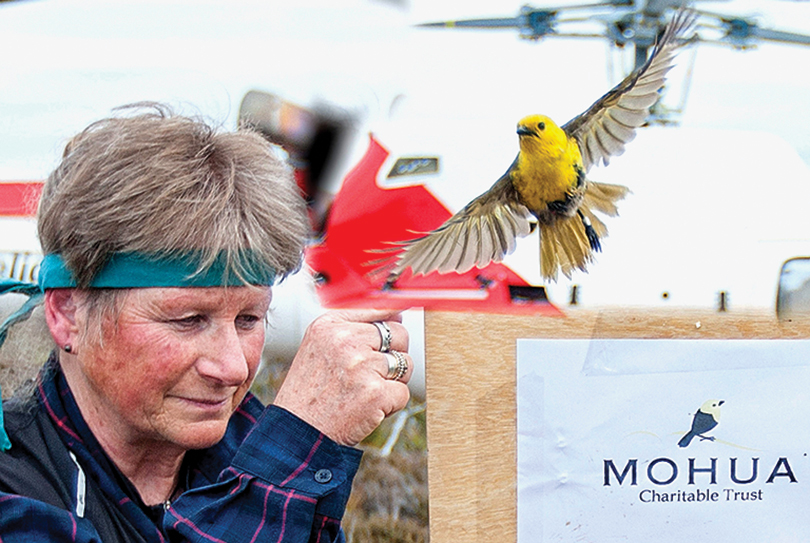 Above: Linda Cook, species recovery representative for the mohua.

“These birds were translocated from the Catlins and released on Whenua Hou to boost the genetic diversity of the population there. It was so much more emotional than I thought it would be,” Linda says. She has whakapapa ties to Whenua Hou, and is looking forward to the day when Ngāi Tahu can travel to the island independently, not under the guardianship of DOC. The good news is that she senses that day is coming closer. And in the meantime, there is work to be done.

The mohua, which features on our $100 note, used to be one of the most abundant forest birds in Aotearoa. A flock of more than 200 was recorded at Lake Brunner in 1888, but by the start of this century, several of these population groups were on the verge of extinction.

Linda’s journey to Whenua Hou as species representative started nearly 20 years ago when she saw her first mohua on Mount Stokes in the Marlborough Sounds. Soon after, she heard that the entire mohua population on Mount Stokes had been eaten by rats.

By 2012, Linda had been appointed to the Mohua Recovery Group when disaster struck again. The scientists who form part of the group made an ill-judged decision to refrain from dropping 1080 on the Dart Valley that year, resulting in an explosion of rats that ate their way through the mohua population there. This was followed by a scare in the 2016/17 season that necessitated an emergency 1080 drop on the same area. It was then that Linda realised data being shared among the scientists had been withheld from the Ngāi Tahu representatives.

Linda has since called for a more formal data-sharing protocol between the stakeholders. “One of the challenges is that every time there are staff changes at DOC, we seem to go back to square one in terms of what is required.”

Linda says she feels there needs to be accountability on both sides. “Ngāi Tahu needs to be more proactive. We need to have a louder voice in species recovery strategies, and I believe Te Rūnanga needs to continue with the recent move to put more resourcing towards education, training, and budgets. We need to invest in our whānau so that we have the appropriate people to continue to be effective in, and indeed vastly increase, our roles as kaitiaki of our precious taonga.”

It’s a philosophy backed by Tāne Davis. Tāne says it’s a powerful teaching moment when whānau are involved in the release of taonga species onto Whenua Hou. 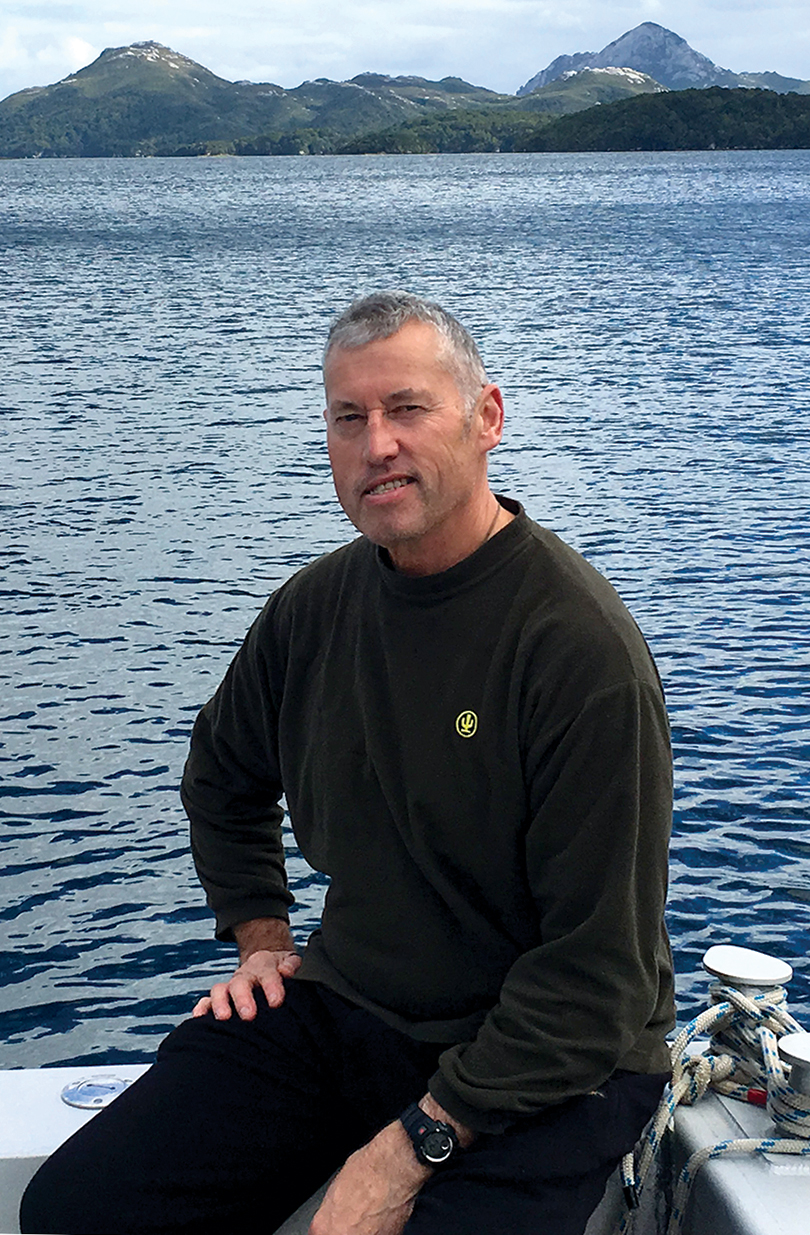 Above: Tāne Davis, species recovery representative for the kākāpō.

“It is quite an emotional time when a species is returned. Whānau have the opportunity to attend the release, and it’s really uplifting. It also shows our whānau what’s possible, and inspires them even more to ensure the islands return to their natural state.

“As time has gone on, we’ve been so successful that we are slowly having more and more input back into the island.”

Whenua Hou plays a vitally important role in the conservation of many taonga species, including being a major breeding ground for kākāpō. It’s thought that there are just 149 of these flightless nocturnal parrots left. Tāne dreams of a time where these incredibly endangered birds could live safely on other islands.

“Rakiura could become New Zealand’s largest bird sanctuary if it was predator-free,” he says. “This would allow the recovery of the tīeke (saddleback), toutouwai (New Zealand robin) and tūturiwhatu (New Zealand dotterel). Imagine if we saw the return of
kākāpō there.”

And while helicopters make it easier to move birds to safe areas or captive breeding grounds, Tāne says the bigger goal needs to be to restore the southern islands as permanent safe habitats for taonga species, rather than needing to move those species around.

Until such time that Rakiura is completely predator-free, Whenua Hou will continue to be a safe haven for many endangered bird species.

In the meantime, Yvette Couch-Lewis will continue her resolve to lead from the front, demonstrating a governance role that embraces complete accountability, good communication, and transparency. “It’s how a true partnership works,” she says. “Everyone is watching, right from the Conservation Minister down to the whānau in the south doing the mahi. So we have to do this right.

“And besides,” she says, as she taps the table again, “the kākāriki karaka is not going extinct on my watch.”