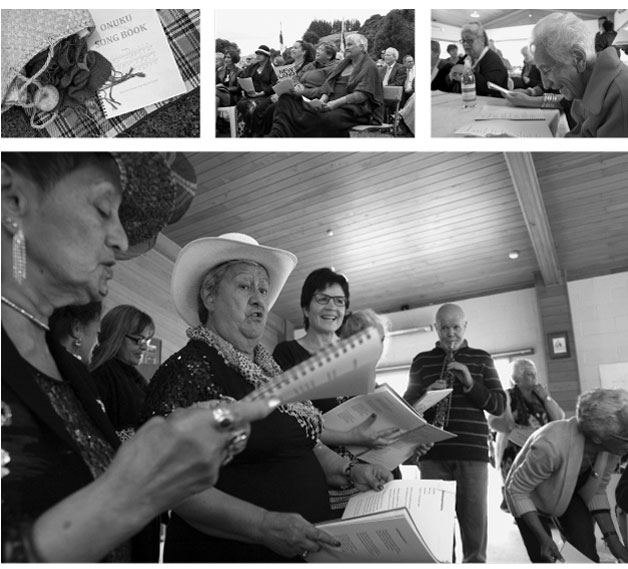 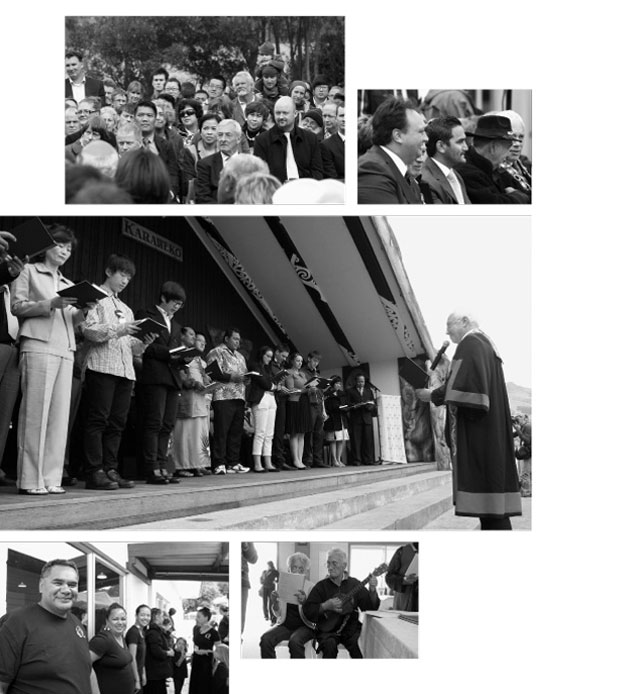 The official Ngāi Tahu commemoration of Waitangi Day at Ōnuku Marae was made more special this year with the launch of an Ōnuku songbook and a citizenship ceremony – the first time this ceremony has been held at a marae on Waitangi Day. Both events added special meaning to the Ngāi Tahu commemoration marking our unique partnership with the Crown under the Treaty of Waitangi.

Twenty two people publicly declared their allegiance to their new country in a ceremony led by Christchurch Mayor Bob Parker.

“It was a great honour for the whānau of Ōnuku and Ngāi Tahu to welcome new citizens to our land and our marae,” said Ōnuku kaumātua Waitai Tikao.

In time for Waitangi Day, the rūnanga pro-duced The Ōnuku Song Book, featuring a selection of around 80 tunes from the 1920s through to the 1950s. The songs were drawn from the original songbook hand written by Tāua Bernice Tainui (Te Whakatōhea) for the opening of the Ōnuku wharenui Karaweko in 1997.

Ngāi Tahu songbirds gathered in the wharekai in the afternoon to sing and share Tāua Bernice’s favourite songs.

The book and the sing-a-long were a fitting way to end a day at Ōnuku. Sadly, Tāua Bernice passed away, surrounded by her whānau, on February 21.