Close
Home / Environment Stories / The growing mana of the kākāpō

The growing mana of the kākāpō 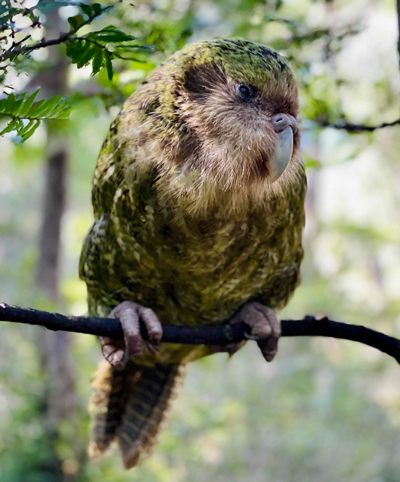 However, the question is, where to next for this taonga?

With Whenua Hou and Pukenui running out of ideal habitat for kākāpō, another small breeding population has been established on Te Kākahu o Tamatea. Work continues to identify other potential sites. However, kākāpō are vulnerable to introduced predators and also need large areas of established podocarp forest to support breeding which limits the possibilities until more sites are predator free. A predator free Rakiura, or Resolution island would be a game-changer for kākāpō.

Until such a vision is achieved, large, fenced sanctuaries, such as Maungatautari, could provide a safe option for these birds. To allow the population to grow, we also need to look at sites where there is a slightly higher risk of pest invasion and employ the latest technologies available to protect the birds as best as possible.

While Aotearoa works towards a predator free future, the Kākāpō Recovery team will continue to grow the kākāpō population while learning as much as we can.

Ngāi Tahu and the Department of Conservation’s Kākāpō Recovery Team are working closely to achieve the vision of restoring the mauri of the kākāpō. A strong, active treaty partnership is key to success for these taonga. Celebrating this partnership, a young male kākāpō, Tōmua visited Te Rau Aroha Marae on Waitangi day, providing whānau and visitors from afar the opportunity to see one of these rare birds.

A significant development in the partnership was the establishment of the Mauri Ora Kākāpō Trust in 2019. This trust is managed by Te Rūnanga o Ngāi Tahu and receives donations and other funds gifted from the public to support Kākāpō Recovery. Working together to receive and allocate these funds has brought a new level of energy and mana to this partnership.

Meridian Energy, which became the National Partner of the Kākāpō Recovery Programme in 2016, has also enjoyed a deepening relationship with Ngāi Tahu, while helping the kākāpō story to reach new audiences.

Meridian provides financial support and has also provided its expertise to improving the power management and infrastructure on Whenua Hou and Pukenui. A major focus has been developing more sustainable sites to support kākāpō management.

This whakataukī was composed by the late Ngāpuhi Kaumātua Riki Cherrington and Tāne Davis, from Ngāi Tahu. It honours the importance of kākāpō as a taonga species to iwi, reflects on the bird’s role in the natural world, and recognises both the role conservation has played in saving the kākāpō as well as the flagship role it has in promoting conservation.