Te Wehi-a-Te-Wera is the Māori name for The Neck, the long, narrow peninsula at the entrance to Te Whaka-a-Te-Wera (Paterson Inlet) at Rakiura (Stewart Island). The name refers to the well-known Ngāi Tahu tipuna, Te Wera, who escaped to Rakiura following a series of inter-tribal conflicts in Otago. Te Wera famously encountered a seal that frightened him, and the place was subsequently named ‘Te Wehi-a-Te-Wera’, which means ‘The Fright of Te Wera’. The Neck includes Native Reserve 190, which was set aside in 1864 for those ‘hāwhe-kāihe’ (half-castes), living there, with any remaining land reserved for Ihaia Whaitiri and Hoani Tunarere. This reserve was the first in the Ngāi Tahu takiwā to specifically provide for Ngāi Tahu of mixed descent. The amount of land at The Neck proved to be insufficient, resulting in additional land on the mainland being set aside for hāwhe-kāihe under the Middle Island Half Caste Grants Acts.
Photograph: Tony Bridge / Te Rūnanga o Ngāi Tahu Collection, Ngāi Tahu Archive, 2018-0311 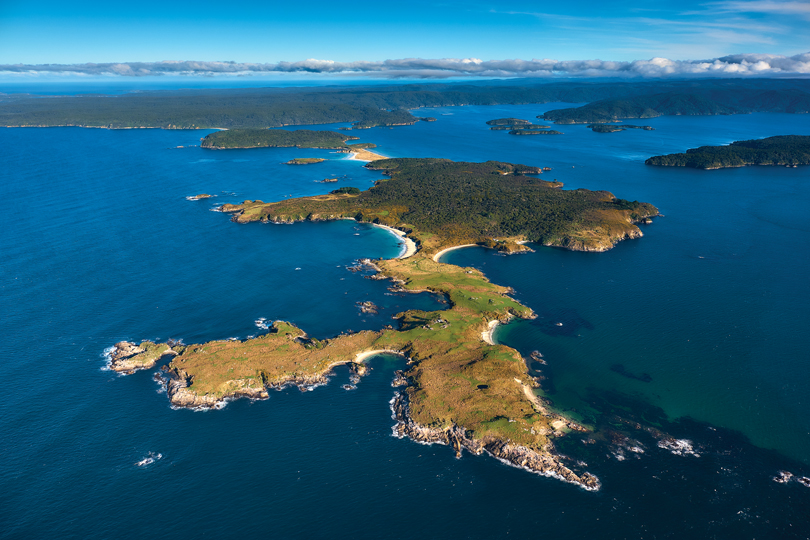