Koukourarata was the largest Māori settlement in Canterbury in the mid 1800s with a population of about 400 people.

The chief Moki named the bay Koukourarata it is named after a stream in Wellington that recalls the birth of Tūāhuriri, Moki’s father and a principal leader of Canterbury Ngāi Tahu. 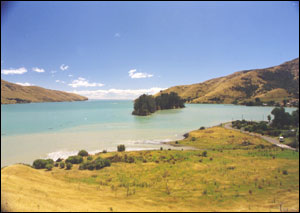 It was once the home of Tautahi the chief after whom the swampland area we know today as Ōtautahi (Christchurch) was named.

Koukourarata was traditionally occupied in three main areas: Koukourarata, Puari and Kai-Tara. After the fall of Kaiapoi pā, Koukourarata and Puari became the main centres of Ngāi Tahu activity in Canterbury. The pā was primarily occupied by Ngāi Tūāhuriri and the marae which stands today is called Tūtehuarewa, after a local ancestress.

Koukourarata was also the site of the first Māori Anglican church. Today the church no longer stands, however a stone memorial on the site recalls its past significance to Māori of the area.