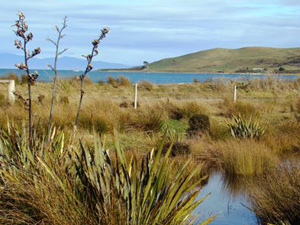 Encompassing the extensive coastal and inland areas from Waimatuku to Piopiotahi – Milford Sound and Tawhititaerere inland through all of Western Southland, parts of Central Southland and onwards to the shared inland areas of Whakatipu Waitai – the takiwā of Ōraka Aparima is a huge area of contrasting landscapes.
For generations it was the home of several significant coastal kāika at Aparima, Ōraka, Kawhakaputaputa, Pahia, Tunoa, Te Tua etc; various inland settlements around the Southern Lakes such as Manapouri, Te Anau and beyond.

As well, there are many other historic sites recorded. Multi hapū based, then as today, we have strong ties through the three main streams of southern whakapapa – Waitaha, Ngāti Māmoe and Ngāi Tahu. Both Aparima (Riverton) and Ōraka (Colac Bay) hold strong spiritual attachment for us, consequently many of our rūnaka developments have centred in these two places. 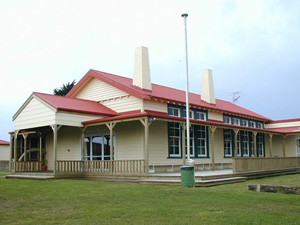 Our administration building, (offices, storage and whare taonga) three kaumātua units and a residential property, the Tauraka Waka with resource building plus a commercial property are all in Aparima. Eleven kilometers away in Ōraka is our beautiful marae complex “Takutai o Te Tītī” with Timata, a most productive native plant nursery, several sea-side hectares for stock grazing and Ōkōura, a developing whenua matata (coastal wetland area).

Marae development is ongoing – formerly a one roomed open-plan school which we leased in 1993 and then purchased in 1996. We have altered, added on in several stages, decorated, improved and re-fitted. Kōwhaiwhai and tukutuku panels have been started and still we see much more that could be done!

The name ‘Takutai o Te Tītī’ celebrates the annual event of Tītī (muttonbirds) returning to and feeding all along our southern coastline. 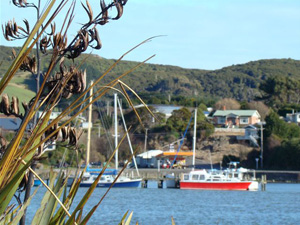 The rūnaka has a strong conservation ethic and much of our mahi is guided by
the commitment to care for all our lands and waters – from the mountains to
the sea, “Ki Uta ki Tai”. This is reflected in our extensive resource management
work and close partnership with the Department of Conservation, District and
Regional Councils, Ministry of Fisheries, voluntary organisations and of course
with the various units within Te Rūnanga o Ngāi Tahu.

One exciting rūnaka project we have underway is the restoration and replanting
of Rarotoka (situated in Te Ara a Kewa-Foveaux Strait, the island was returned
to Ngāi Tahu in 1998 as part of the Treaty settlement). Timata, the marae based
nursery, has raised and nurtured thousands of native plants for Rarotoka.

There are many other projects and several waiting in the wings. Time and
resources must be managed well and as most of the mahi is undertaken on a
voluntary basis our whānau are truly dedicated. 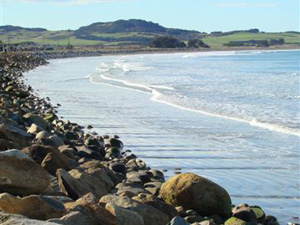 Kaumātua, rakatahi and tamariki programmes are popular and our vision is to
encourage continued involvement and to make Ōraka Aparima a great place to
belong to.

Our newly purchased waka ama is an exciting addition – we are looking forward
to introducing our whānau whānui to the benefits of taking part (or just being
‘onlookers’ as whānau tautoko).

Affliliation to the rūnaka is through whakapapa to 1848 tūpuna from the area.
Opportunity also exists for wider Ngāi Tahu whānui, now living locally (but
away from their own rūnaka base) to join and participate with us. Registration
information can be obtained by contacting the rūnaka office.