The result follows an election held today at Te Rūnanga o Ngāi Tahu Board meeting with Lisa receiving unanimous support from the 18-member board.

The board of Te Rūnanga o Ngāi Tahu is responsible for the governance of more than $1.3B of tribal assets and protecting and advancing the collective interests of the iwi.

Lisa is delighted to be elected for another three-year term as the Kaiwhakahaere and looks forward to building on the work she has already undertaken in the role since April 2016.

“I am grateful to have the support of my fellow governors for this second term, particularly given the immense challenges of the past year, which are set to continue. I am firmly focused on recovery during this second term. This means ensuring our whānau and Papatipu Rūnanga are in the best position to thrive as we adapt to the impacts of Covid-19.”

Matapura Ellison has maintained an active involvement in the affairs of Puketeraki marae since 1973 when he was just 18 years old. He first joined the Huirapa Māori Committee after being encouraged by local kaumātua.

Matapura says he is pleased to have been elected once again to continue his work in the deputy role.

“I mihi Lisa on her election for a second term. She has my unwavering support as the leader to steer us through this difficult period. It is also deeply humbling to have the backing of my colleagues to continue in my mahi as Deputy Kaiwhakahaere.”

Lisa has been a passionate member of the Te Rūnanga board since 2001 and has held the position of Kaiwhakahaere since April 2016.

Lisa is a descendant of Te Riaki and Teoti Tauwhare of Arahura, and daughter of Tahana and Gay Tauwhare. She is married to Francois and is the proud mother of three. 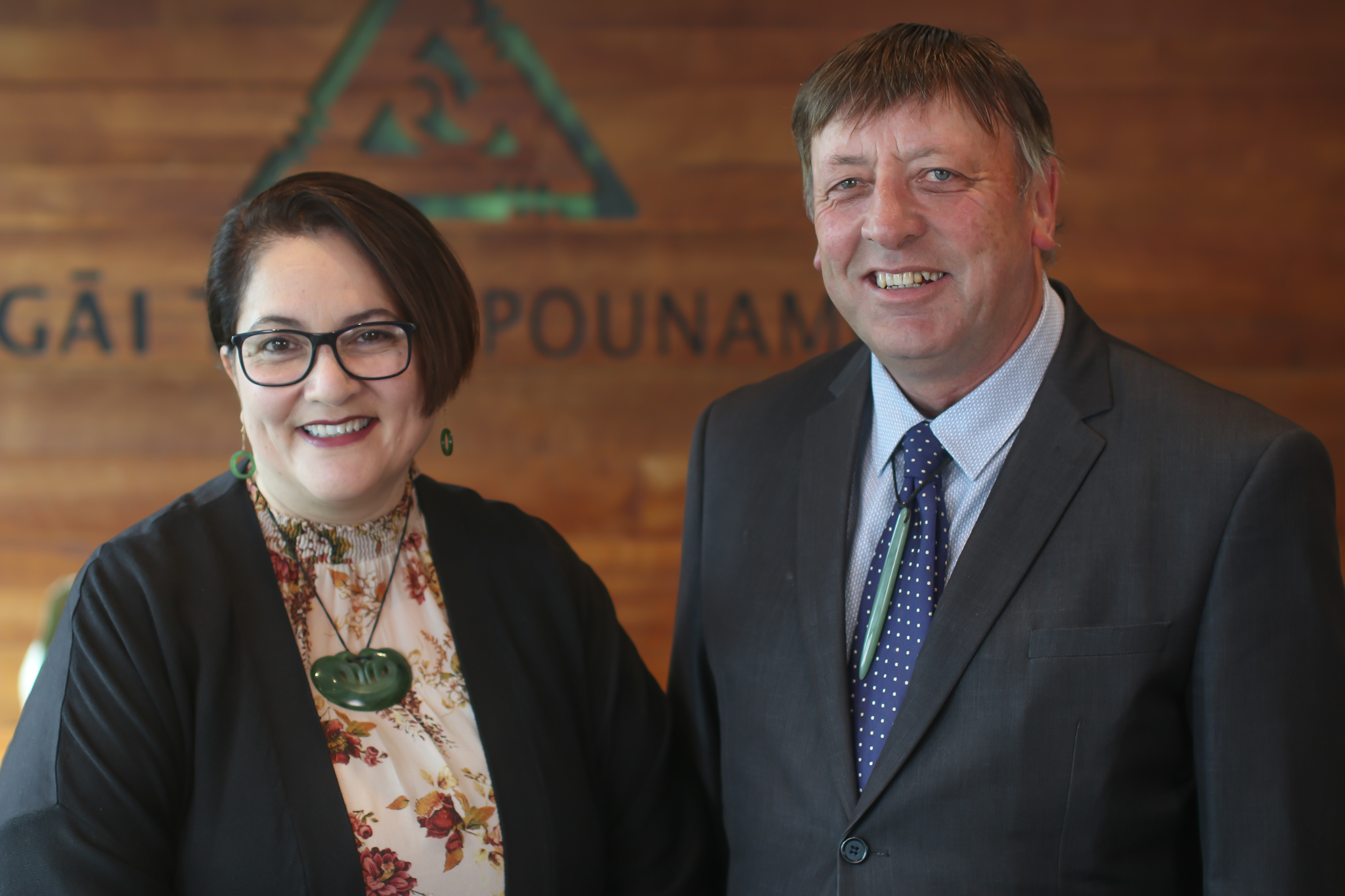