Traditionally Te Waipounamu is home to our people. In modern times however Ngāi Tahu whānau have spread widely and become global citizens, living in such faraway places as New York, South America and Switzerland.

Ngāi Tahu are as socially and economically diverse as any other culture participating in modern society. We are doctors, lawyers, accountants, nurses, engineers, teachers, artists and labourers. But whatever Ngāi Tahu do or where ever Ngāi Tahu live in the world our culture and a sense of identity goes with us. It binds us to whānau, hapū and iwi and to our home Te Waipounamu, Aotearoa. 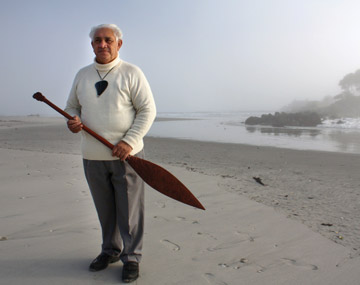 Joe Briggs first arrived in Tauranga in 1954 as an able seaman aboard the M.V. Kaitangata. The ship was loading forest products bound for Australia.

“Most of the waterfront workers were Māori and terrific people, this was my introduction to Tauranga Moana. I stayed as a seaman for a further 20 years or more before I joined the Tauranga Water Sider Union in 1971,” says Joe.

“Tauranga is my home, I love the people here, but my bones are from Whakaraupō in Te Waipounamu, it is where I was born and where my heart is.”

Joe has been very active in the Tauranga community serving on marae and hapū committees, sports clubs and community projects. He played a leading role in establishing a Ngāi Tahu taurahere rōpū (regional community) in the town in the late 1990’s which helps local Ngāi Tahu whānau connect with their culture and traditions. Joe has been chairman and secretary over the years and the group has remained active and engaged in tribal affairs.

“As a group we have fine understanding with the tribes Ngāi Te Rangi, Ngāti Ranginui, Ngāti Pukenga and Waitaha of Tauranga Moana which was given to us. We live in their place, we are their guests, but at the end of the day we are one whānau.” 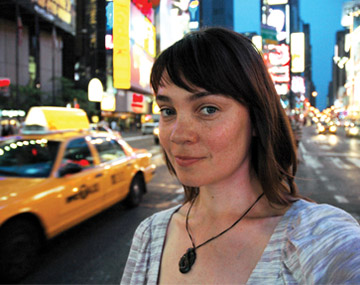 A career in film and television has taken Ila Couch all over the world. In May 1997 the freelance director left Auckland, where she was born, bound for America.

Ila specialises in shooting and producing content for television and the internet. She lives in New York, but travels all over the continent, staying in different cities for sometimes months at
a time working on projects.

“I love being able to make a career out of what I enjoy doing most – story telling. New York City is an amazing place to be a freelance television producer. Most of the major production companies are based here so I work on shows seen all over
the world.”

“I was born in Auckland and New York City is an amazing place to live, but when I’m in Rāpaki I head down the hill towards the marae and feel the embrace of all the people who have ever known me in that special place.  Whakaraupō, the bay, the wharf, the hills, the marae, my people – that’s where my
heart is.” 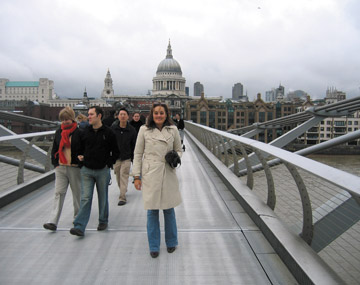 “I still love and miss New Zealand. We will return one day, we’d love Oscar to grow up with his cousins and know his
Kāi Tahutaka,” says Juliet Tainui-Hernandez.

After 12 years overseas, 10 of those living in London, New Zealand is still very much in the heart and mind of Juliet, who works as a lawyer.

“I came to the UK by myself in 2002, met my husband Javier Hernandez, from Puerto Rico, and now we have our little guy, Oscar Poutini Tainui-Hernandez, who is almost one year old,” says Juliet.

“I came initially to work and travel for a couple of years on a working holiday visa, but then met Javier who works in financial markets. I have also made myself an interesting career in an emerging area of legal risk management for law firms. I have been very lucky getting to visit many countries, 60 in total, through work and for fun, and enjoying all London and Europe have to offer.”

“I love to keep up to date with what’s going on with the iwi from over here – it’s awesome to get the online Te Karaka and Te Pānui Rūnaka and to have the rūnaka updates on Facebook – it’s so easy to keep up with the news these days.” 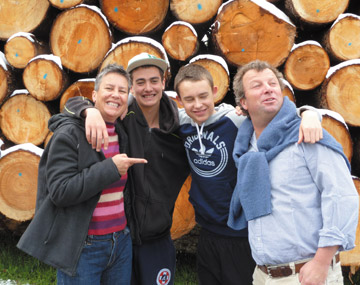 Rosemarie ‘Rosie’ Manahi Sanden, is two days of train rides, four flights, a car ride, and many hours of transit away from home.

“My family and New Zealand are on my mind constantly, I try to return every year, to see my family, breathe the sea air and to re-connect with my home,” says Rosie. When I return to Leysin it can take me months to settle back in. I sometimes wonder why God has placed me here, however, he has blessed me with a beautiful family, a spectacular natural playground, faithful friends and a good job that is difficult to find these days.”

“I live a very rewarding life here, I am actively involved in several charities in Leysin and overseas. Outside of our back door is a very large playground, that in some respects is very similar to New Zealand. I enjoy skiing, sometimes directly to my door, hiking, climbing and yoga. Our little village is full of activities that one can easily access.” 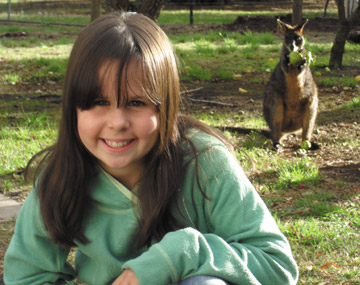 Ariana has lived most of her 11 years in Australia. It is the place she was born, but if she had her way “Te Waipounamu would be my choice of place to live,” she reckons “The rivers aren’t the same over here.”

Ariana has two younger sisters, Amai (7) and Aloeet (5). They live on a 40 acre property with their parents Michelle and Murray in Gazette, Victoria and attend Tarrington Lutheran School where Ariana is school captain.

“We have a wide variety of native animals living near our house. A koala, two wallabies, who like eating our apples, parrots, and fantails, just like New Zealand, and yes, snakes are in the area,” she says. “A young fox came to the back door and dragged off Dad’s jandles into the paddock for a chew.”

“Mum says the favourite thing I like to do is read on the toilet, but I do love being outside climbing trees – the higher, the better. My tāua (Natalie Win) would say, ‘just like your father!’ Unfortunately, Mum was a “climber” as well, so I have a double dose.” 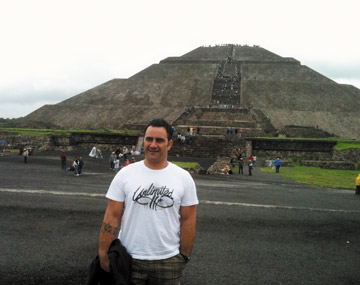 From Invercargill to Mexico City, Tamaha MacDonald is living his dream.

“I played NPC rugby for Counties Manukau and Marlborough.
I also had playing stints in England, USA and Australia. Today
I am a full-time rugby coach at the Black Thunder Club, Mexico City and the assistant coach for the Mexico National Team and Mexico U19 Team. I never in my life thought I would be living my dream,” he says.

“I moved here two years ago with my beautiful wife Jennifer. She was born and raised in Mexico City. She was keen to return and I wanted to meet her family, experience the lifestyle and learn to speak Spanish. It’s a fantastic country to live, the people are extremely warm, the climate is amazing and the food and culture make it a great place to live.” 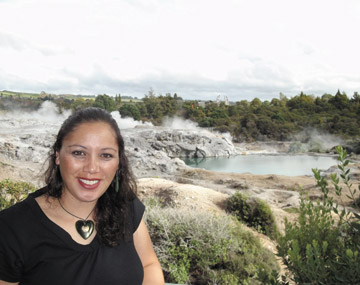 The bonds of whānau mean Rotorua is home to Manuariki Tini.

“My parents and two older brothers and I moved from Invercargill to Rotorua in 1986 to care for my mum’s elderly parents. Unfortunately my grandmother passed away the same year and my grandfather four years later. By this stage, my parents were well established amongst my mum’s people of
Te Arawa. And as the saying goes, the rest is history,” says Manuariki.

“Mum and dad ensured that we travelled back to the Bluff every year after we moved, sometimes two to three times each year. As we are a very close knit whānau, with our aunties, uncles and first cousins, they ensured we maintained that strong connection with each other, regardless of the distance.”

Manuariki is married to Ariki Davis (Ngāi Tūāhuriri) and they have four children Mapihi (13), Maria (9), Ariki (1) and baby Kereti.

“Today Ariki and I continue to return south regularly with our children. They too, like my generation, share a special bond with all their cousins in the Bluff.” 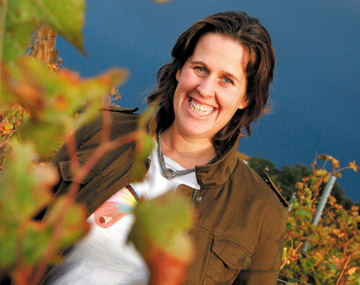 For Rachel Treloar doing her own thing has meant moving to Trouillas, France and buying an old vineyard.

Rachel and her British husband Jonathan decided they needed a change – he enrolled at Lincoln University, gained a Viticulture and Oenology degree with Distinction and worked at Neudorf vineyards as assistant winemaker before they moved to France in 2005.

“We really wanted to do our own thing,” says Rachel. France and Spain had a lot of interesting opportunities and old vineyards for sale and New Zealand at the time did not seem like a good financial move for us.”

The couple have two daughters Lydia Hinetahi (11) and Isabella Maia (7) and Jonathon’s mother, Sybil lives with them for about four to six months of the year helping out with the children when the grapes are busy.

“It is quite challenging but very rewarding.”