A place to remember 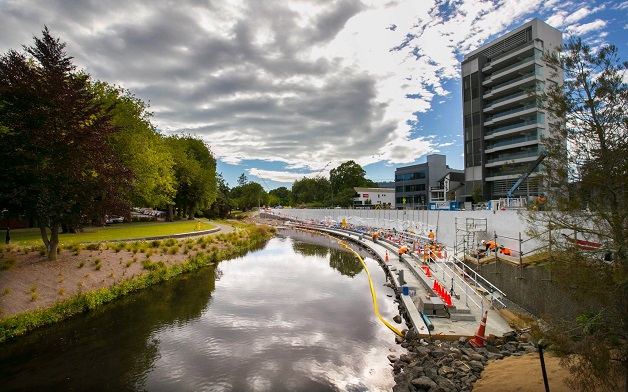 The sixth anniversary of the February 22 earthquake on Wednesday is a significant moment for Cantabrians and for all those affected by the tragic events of that day in 2011.

The unveiling of Oi Manawa Canterbury Earthquake National Memorial at the National Dedication and Civic Memorial Service, will give people a dedicated venue to remember and reflect on their loss.

It will be a place for people to commemorate a day that changed Canterbury forever; it will honour the 185 people who lost their lives; and it will acknowledge those who were seriously injured – and all who helped in the rescue and recovery operation.

Te Rūnanga o Ngāi Tahu has played a key part in the post-earthquake recovery from the outset. It was named as a statutory partner in both the Canterbury Earthquake Recovery Act (2011) and the Greater Christchurch Regeneration Act (2016), highlighting the importance and significance of their contribution to the rebuild as a strategic partner with the Crown.

Likewise, the iwi has played a key role in the delivery of Oi Manawa, The Canterbury Earthquake National Memorial, along with Ōtākaro Ltd (formerly CERA) and the Christchurch City Council; and that will be reflected in the nature of the civic ceremony with guest performances by Ngāi Tahu singers Timua Brennan (Ngāi Tūāhuriri) and acclaimed performer Marlon Williams. Te Rūnanga o Ngāi Tahu Chief Operating Officer Julian Wilcox (Ngāpuhi) is the MC on the day; Te Maire Tau (Upoko Ngāi Tūāhuriri) and Rino Tirikatene (Ngāi Tūāhuriri) will present the opening mihi and prayer; Tā Mark Solomon and Elizabeth Cunningham are part of the official party and will lay a wreath on behalf of the iwi; and Lynne Harata Te Aika (Ngāi Tūāhuriri) will read the te reo Māori section of the dedication. 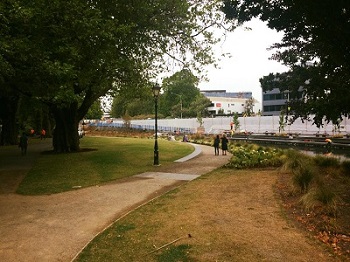 “Making sense of disaster requires us all to come to terms with our loss and to remember those who continue to suffer. The way we do that varies between cultures and individuals – there is no one-way for people to heal,” she says.

“Oi Manawa, The Canterbury Earthquake National Memorial, will be a place where all people can spend time reflecting and honouring those who lost their lives, or were injured in the earthquakes. It will be somewhere people can contemplate and learn new ways to cope with the trauma they have experienced.”

Families from around the world who lost loved ones on this day six years ago, and those who were seriously injured will join local and national dignitaries and first responders as invited guests, along with dignitaries from countries that lost people in the quake, and those that sent rescue and recovery teams to help in the days and weeks following the devastating earthquake. Many of these first responder groups and dignitaries will also lay wreaths at the service.

The names of the 185 earthquake victims have been engraved in Memorial Wall on the south bank of the Avon River opposite a reflective green space on the north bank.  The wall, designed by Slovenian architect Grega Vezjak, is 40 meters long and made up of 517 marble panels, and the entrance is marked by a large, 270kg piece of pounamu, gifted by Makaawhio Rūnanga and Te Rūnanga o Ngāi Tahu. The pounamu kōhatu arrived onsite last week and was blessed by manawhenua from Ngāi Tūāhuriri. 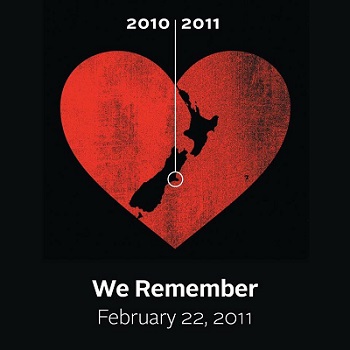 The Canterbury Earthquake National Memorial Dedication and Civic Memorial Service starts at 12 noon Wednesday, February 22, at the Memorial site on the Ōtākaro/Avon River, in the area bordered by the Montreal Street Bridge, Durham Street, and Cambridge and Oxford Terraces.

“Oi Manawa is an experiential place a place to sit in or walk through and as we unveil the memorial and the names of those who died in the Canterbury tragedy, it is important that we integrate and remember our own individual experiences and that we commit them to memory; for it is through remembering the past and coming to terms with our grief that we move forward to build a bright future. Mō tātou, ā, mō kā uri, ā muri ake nei – For us and our children after us,” says Arihia Bennett.