In little over two years, Tūtaepatu Lagoon, near Woodend has changed from a weed-choked waterway to an inspiring example of ecological restoration. As a key part of the larger Tūhaitara Coastal Park, which was established as an outcome of the Ngāi Tahu Settlement with the Crown, it preserves Ngāi Tahu values, retains and enhances the rare, indigenous biodiversity while providing recreational and educational opportunities for everyone.

Tūhaitara Coastal Park covers approximately 575 hectares running 10.5 kilometres along the coastline from the Waimakariri River mouth to the township of Waikuku. Within that, Tūtaepatu Lagoon is the largest area of natural open water and with its surrounding 17 hectares of vegetation, it is an important repository of Ngāi Tahu history. Residents of the former Kaiapoi Pā and more recently, members of Ngāi Tūāhuriri rūnanga, have had a close relationship with the lands. The lagoon was once a rich source of mahinga kai, especially tuna; and the area surrounding the lagoon contains the urupā for Tūrākautahi, middle son of Tūāhuriri wife Hinetewai, who was the founder of Kaiapoi Pā. 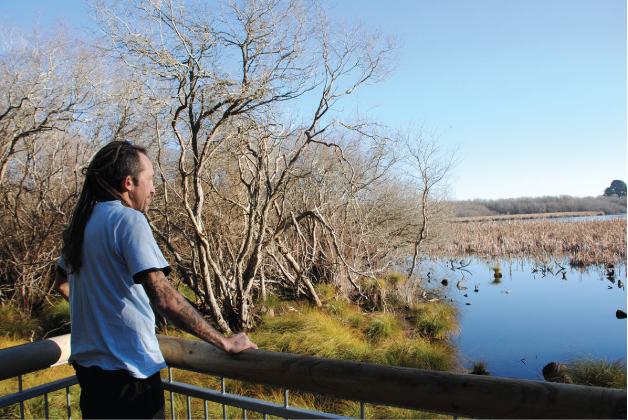 Today, the whole area is managed by the Te Kōhaka o Tūhaitara Trust, a registered charitable organisation with six trustees, three of whom are appointed by Te Rūnanga o Ngāi Tahu and the other three by the Waimakariri District Council.

One of those trustees, Joseph Hullen (Ngāi Tahu – Ngāi Tūāhuriri), a whakapapa researcher for Te Rūnanga o Ngāi Tahu, says Tūtaepatu Lagoon has come a long way since Stage 1 of the restoration plan began in 2010.

“There’s been a huge mindshift in relation to conservation in the 15 years I’ve been involved and it’s very gratifying to see how far we’ve come. Here at Tūtaepatu particularly, things are taking off. We’ve removed a huge number of exotic species – pines, broom, gorse – and our ongoing replanting and pest eradication programmes will go a long way to restoring the lands to indigenous coastal forest.” 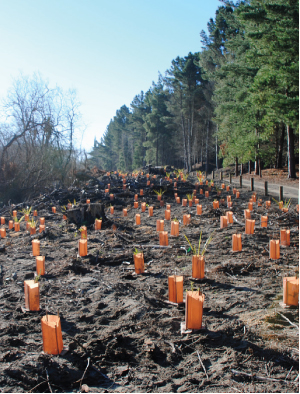 More than 10,000 trees have been planted so far and Hullen says whitebait have once again been found in the waterway. Bird surveys also show a steady vincrease in species including the return of ruru (morepork), matuku (bittern) and korimako (bellbirds).

“We’ve negotiated with neighbouring landowners over ending grazing leases, or moving them back from the lagoon and away from sensitive restoration areas. We’re also working with University of Canterbury engineers with a view to implementing a system of weirs to more naturally direct water through the park,”says Hullen.

“That in turn creates habitat for a variety of different species.”

The trust is also selling small fenced areas for native planting known as biota nodes. These will be set aside for user-groups such as schools, community or sporting groups.

“We supply the plants and they plant and maintain them. It’s an excellent way for people to be involved in the area’s rehabilitation and it’s a continuation of  the Ngāi Tahu whakatauakī (proverb), Mō tātou, ā mō kā uri ā muri ake nei – For us and our children after us.”

Hullen hopes there will be an eight per cent increase in native vegetation types at the lagoon over the next five years and with further lookouts and walkways planned, he believes it will become an important recreational area – “and a place for local Māori to learn about their backyard and their history”.

The beating of poi, slapping of chests and stomping of feet haven’t been heard regularly in Colac Bay, Southland during kaumātua Betty Rickus’ lifetime. But that has changed with a new kapa haka group meeting every fortnight.

‘It’s about bringing our people into the marae. Although they come here for kapa haka, they are learning other things as well; about their whakapapa, correct pronunciation of te reo, and even simple things like cleaning the wharepaku and doing the dishes in the kitchen. You know, keeping our marae warm.”

Earlier this year Betty and Karena attended the Ngāi Tahu Cultural Summit, which gave them the direction they needed and with the support of the Ngāi Tahu Fund were able to get the group going.

Watch out for the group on the Te Atakura stage at this year’s Hui-ā-Iwi. 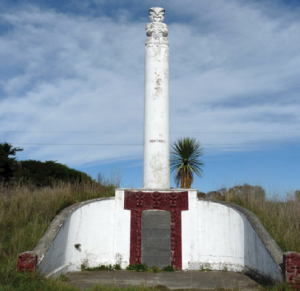 An important monument significant to Ngāi Tūāhuriri and Ngāi Tahu is on the mend. The Kaiapoi Pā monument (pictured), built on the site of Kaiapoi Pā in 1898, was damaged during the earthquakes with the tekoteko moving more than 100mm off centre with cracks running through the surrounding facade. Jacob Harmon (Ngāi Tahu – Ngāi Tūāhuriri) was living across the road at the time of the February 2011 earthquake and reported seeing the monument “rock and roll”. For safety reasons, the Kaiapoi Pā trustees have now removed the top two sections of the monument and commissioned a conservation report so that they can restore and conserve the monument for another 100 years.

Make sure you set aside the weekend of November 23-25 for Ngāi Tahu Hui-ā-Iwi.

Yes, a new name and a new look for the annual hui, featuring everything from a kai and arts market to mahinga kai workshops and inter-rūnanga rangitahi and tamariki sports. The Ngāi Tahu Contemporary Visual Artists Steering Group is planning an exhibition and wants all Ngāi Tahu artists to contribute works. A writing and publishing wānanga may also be on the programme. Ngāi Tahu Hui-ā-Iwi will be held at the Lincoln Events Centre and you can find the programme at ngaitahu.iwi.nz.

A highly regarded kaikaranga, she was a resident kaumātua during the iwi exhibition Mō Tātou: Ngāi Tahu Whānui at Te Papa and a valued community leader. Her whānau accepted the award on her behalf. The annual Te Waka Toi Awards are the only national Māori awards to celebrate all art forms.

When the Toitū Otago Settlers Museum reopens its doors in December after a $42 million redevelopment programme, it will unveil the first Ngāi Tahu exhibition in the museum fully directed and designed by Ngāi Tahu.

Rua says a more hands-on approach has added a new layer of authenticity to the exhibition. “There is a lot of our personal rūnaka and our own personalities coming out in the work.”

The first gallery is devoted to manawhenua and early encounters.

It is intended to portray Dunedin before European settlement, focusing on the Toitū catchment, which was an important area for Ngāi Tahu.

The early encounters area focuses on Captain Cook, the whaling era and Ngāi Tahu intermarriage with settlers. It will be based on story telling rather than artefacts, says Rua.

“He tītī whākaia tahi”.
A muttonbird fed only once.
Make the most of what you have.

“Ko te kōkōmuka te rākau i tunua ai te moa”.
Kōkōmuka (Hebe shrub) is the wood which was used to cook the moa.
There is a proper tool for every job.

“Nā te tia te kōkō i mahiti, nā te takata te kōkō kīhai i mahiti”.
The tūī will be totally consumed by the slave, but not by the well-bred person.
This proverb stresses the value of self-discipline.

Did you know of these methods that were once used to predict the weather?

Pīpīwharauroa (shinning cuckoo)
When the pīpīwharauroa lengthens the first part of its whistle it signals that rain was on the way.

Karae (Rainbird, a petrel)
The tune of the karae changes to a very harsh screech before rain. Incidentally Kaikorai at Dunedin should be written Kaikarae.

Kōparapara/Makomako (bellbird)
The kōparapara or makomako tunes in to the amount of water in the air and sings a particular refrain over and over again when it is raining or if rain is imminent.