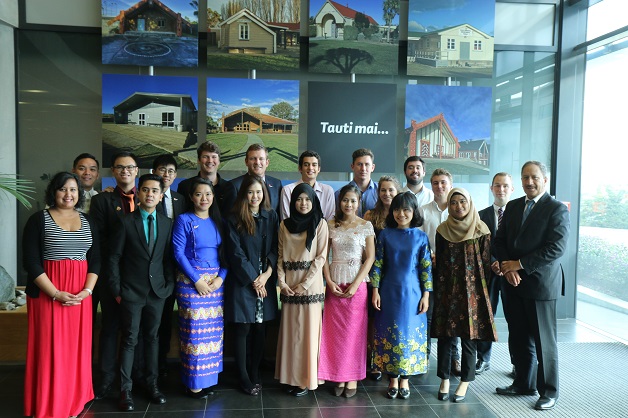 In April Te Rūnanga o Ngāi Tahu hosted a delegation of 10 of the Association of Southeast Asian Nations (ASEAN) most talented young diplomats on an inaugural ASEAN study tour.

Ruben Levermore, Special Adviser in the International Development Group at the Ministry of Foreign Affairs said “the experiences and learning that the ASEAN delegates gained at the meeting with Ngāi Tahu were valuable.”

“I am sure the delegates will be able take back these lessons back to their own countries and use them throughout their careers,” says Rueben.

The session focused on the initiatives Ngāi Tahu is using to ensure the development of young Ngāi Tahu leaders of the future. The session also ensured the Ngāi Tahu rangatahi could learn about the inner workings of ASEAN.