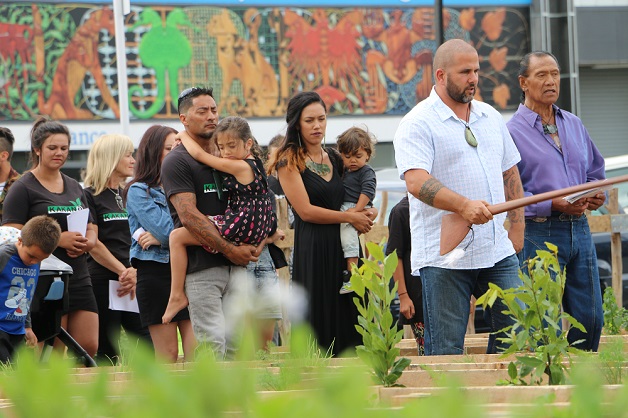 Wiki and Jade Temepara being led onto the site by Huata Martindale.

Jade Temepara has waited a long time to realise her whānau dream of opening a café and cookery school based on healthy organic living and traditional Māori foods. Now that dream is a reality and Kākano Café is open in central Christchurch

Kākano is the first venture of its kind – a social enterprise café, cookery school, and the largest central city urban farm/garden in Christchurch. Based on a Life in Vacant Spaces site in Peterborough Street, opposite the library, it boasts an impressive 240 square metres of organically grown kai/food gardens as a focal point of its many community activities.

Kākano means ‘seed’ in English and it was literally a seed that triggered the idea for the project at least ten years ago. Jade’s poua, Colin Reihana gave her his grandmother’s seed peruperu potatoes, which had been passed down through the whānau, and asked her to grow them. Jade had the land but she had hoped instead to put a trampoline on it for her tamariki. It took some persuading her to grow potatoes instead; but once she had her hands in the soil, she was hooked.

Jade (Ngāi Tahu, Tuwharetoa, Ngāti Mamoe), is now on a journey to teach others about healthy lifestyles and not only was she the founder of Hand over a Hundy (a one-year challenge for young families to learn to grow their own vegetables), she also won the NZ Gardener of the Year title in 2011 and a silver award at the Ellerslie International Flower Show in 2012. 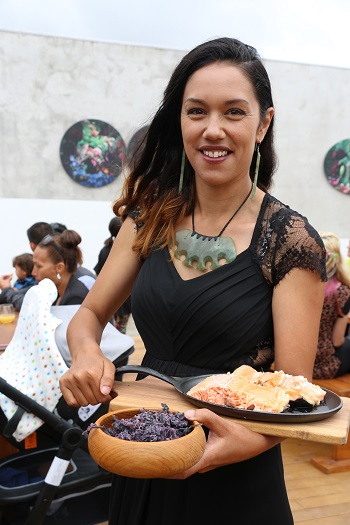 Jade hands out fresh kai from her Kākano Cafe menu at the opening function.

Jade, her husband Wiki and their five tamariki have all been involved in making Kākano a reality. They believe very strongly in healthy food and healthy lifestyles, and their ground-breaking indigenous contemporary Maori food menu is based on local organic, foraged, fresh ingredients. At night, the café will transform into a hub for workshops, seminars and a long-awaited cooking class space.

“We have a huge following of whānau and individuals waiting to upskill and learn about our traditional food. They want to provide healthy and affordable food to their families. From years of being involved with our community, we knew there was a need for a space where people can learn and contribute,” says Jade.

“We are so excited that we have support to do what we do best. We’re creating a little hub of change around here and we’re especially grateful to Te Pūtahitanga o Te Waipounamu, the Whānau Ora commissioning agency for the South Island. They’ve helped us to dream big and they’ve given us the backing we needed to help teach others how to ‘live fresh’.”

CEO of Te Pūtahitanga, Helen Leahy says the Kākano project is all about the kaupapa of wellbeing that comes with community engagement with the land, with healthy living and knowing that you are what you eat. 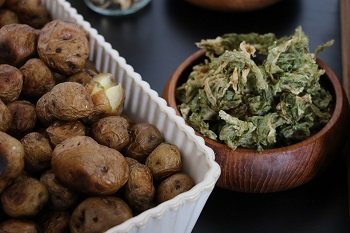 “From the Te Pūtahitanga point of view, no one size fits all when it comes to achieving Whānau Ora outcomes. We support many different projects and with Wiki and Jade we have a brilliant recipe for healthy living. It’s about a dream and a vision being passed down through the generations. That’s what Whānau Ora is all about. It is a seed for a better tomorrow,” she says.

“It’s been really exciting to see the involvement of the community in Kākano – Help for the Homeless helped to build the garden boxes; Hale Compound Conditioning got stuck in when the hard work was required, putting down the soil beds, helping with the planting. It’s captivated the imagination of a much wider group – and that’s how transformation happens”.

The Christchurch City Council has also been a keen supporter of bringing the green space to life with food and chemical free garden beds; and SIFT, Sustainable Initiatives Fund has also supported an action plan to reduce waste.