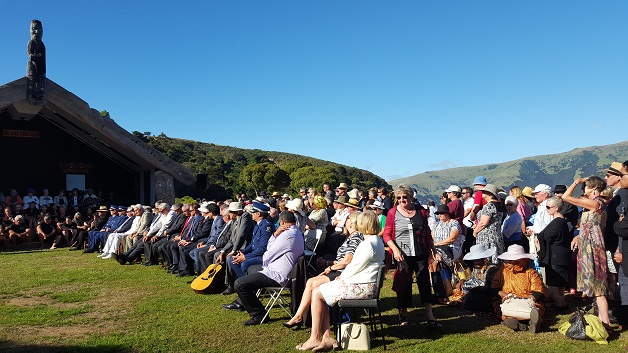 Over 500 people gathered at Ōnuku Marae, near Akaroa on 6 February to attend the Ngāi Tahu Treaty Festival, celebrating the 176th anniversary of the signing of the Treaty of Waitangi.

Papatipu Rūnanga representative for Te Rūnanga o Makaawhio, Tim Rochford spoke on the importance of freshwater from a Ngāi Tahu perspective, noting that Te Rūnanga has been working in partnership with other iwi via the Iwi Chairs Forum to ensure the development of an enduring, sustainable framework for the future governance and management of freshwater in Aotearoa.

Papatipu Rūnanga Representative for Arowhenua, Quentin Hix talked about citizenship, diversity and the Treaty highlighting New Zealand’s changing demographic landscape and what that could potentially mean for Ngāi Tahu whānau. 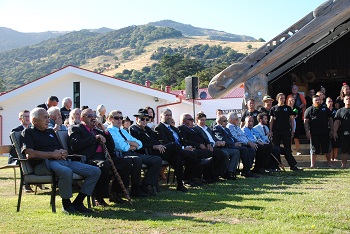 “New Zealand’s population is becoming ever more ethnically diverse; the rate of change is increasing and we’re looking ahead to a dramatically different landscape,” he said.

“Who we are and how we understand ourselves will continue to change, so our thinking about New Zealand as a bicultural and multicultural nation is going to have to be refined and developed into something much more sophisticated. We are going to have to think about that and discuss it amongst ourselves rather more than we currently do.”