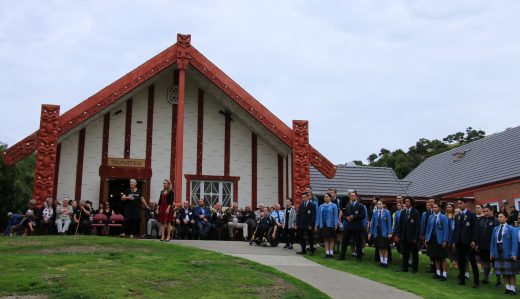 Hundreds of people gathered at Ōtākou marae for the Ngāi Tahu Treaty of Waitangi Festival.

Edward Ellison, kaumātua of Ōtākou rūnanga said he was genuinely amazed at the turnout, noting a lot of families came along to enjoy the laid-back festival atmosphere. “This seems to get bigger every year, we see it as a great way to not only educate, but engage with the local community”

This year the theme “Te Hereka Waka” meaning “the mooring place for the many waka who have voyaged to our shores” was used in the broadest sense as a metaphor to celebrate the arrival of the many people who landed at Ōtākou. 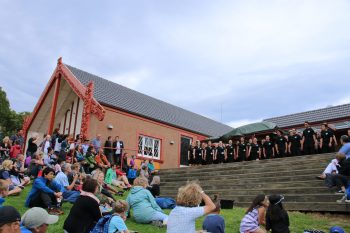 The formal ceremony began at 10am with a pōwhiri (and a light drizzle), with whānau activities, workshops and the guest speaker forum taking place right throughout the day.

Among those who spoke on behalf of the manuhiri were Dunedin Mayor Dave Cull, Minister for Treaty of Waitangi Negotiations Hon Christopher Finlayson, Minister of Māori Development Hon Te Ururoa Flavell and – in keeping with the theme, waka specialist Hoturoa Barclay-Kerr.

Hon Chris Finlayson was one of the guest speakers following lunch service, he discussed the journey we as a Country have taken, and the importance of reflecting on that journey. His speech covered four topics, settlement, history, language and constitution. He included in his korero how well Ngāi Tahu as an iwi has done post-settlement, saying “As a Country, its incredibly important that the fruits of these settlements are maintained and enhanced, and not undermining in any way. Ngāi Tahu has brilliantly captured what today is really about, it’s a chance to make stock on a journey…not only looking to the past, but looking to the future”.