Hayden Smith, founder of the Sea Cleaners Charitable Trust has won the Kiwibank Local Hero Award for 2017 thanks to his incredible work cleaning our waterways.

Hayden (Ngāi Tahu), is excited to share his feats with his Ngāi Tahu whānau and says the award is both an honour and a wonderful opportunity to raise awareness for the Sea Cleaners cause.

The Kiwibank Local Hero Award  aims to identify and reward everyday people doing extraordinary things in their communities. It recognises the enormous contribution, sacrifice and commitment of Kiwis who selflessly work to make their communities better places. It is a publically voted award with over 1500 nominees, which are eventually thinned to a single winner and many medallists.

“I hope that by winning the award, I will be able to get the problem of waste and rubbish in our waterways into people’s minds,” Hayden says. 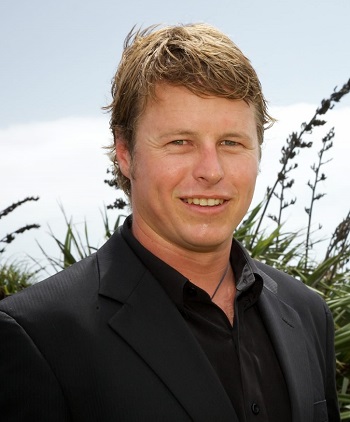 Hayden, who has whakapapa ties to Puketeraki,  founded Sea Cleaners in 2000 and his organisation has been working from Auckland since around 2002, The business has gone from strength to strength, with around three boats going out every day to clean Auckland and Northland waterways. A fourth boat is just around the corner and Hayden says he wants to have 10 active boats running by 2020.

“Each boat is a full time job,” Hayden says.

“They leave in the morning and come back at night fully loaded with waste. Each boat tends to bring 300,000 litres of waste a year. Which equates to about 10-11 shipping containers full of rubbish and debris from our waterways.”

The boats normally take crews from Sea Cleaners but a lot of the work is also done by volunteers. Since 2002, Sea Cleaners has accumulated over 100,000 hours of volunteer work contributed by local communities, council, and also the NZ and US Navies

In 2015, Sea Cleaners became associated with the Ocean Aid Music Festival, which is held in Hawaii and is focused on increasing awareness of waste in our oceans through the universal language of music. Ocean Aid wanted the Sea Cleaners to be united with similar groups to help with their future events. After presenting in front of a board at Pearl Harbour, Hayden brought the NZ Navy and US Navy together alongside eight community groups, to help clean the Hawaiian Islands for the Ocean Aid music festival event. This year’s festival is held on 30 April in Hawaii. 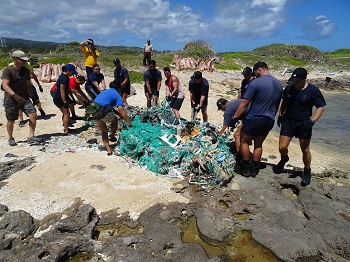 “It was a real benchmark for us,” Hayden says.

Along with this event there was also an initiative started with the NZ Navy called the ‘Sea Cleaners’ Exercise for new recruits which is a part of Rimpac, the Rim of the Pacific Exercise, which is the largest international maritime warfare exercise. It focuses on the humanitarian aid side of recruits’ training and involves cleaning and clearing waste alongside Sea Cleaners.

Since winning the 2017 Local Hero Award, Hayden has been focused on growing the organisation. He wants to build up Sea Cleaners in Auckland before finally spreading the company’s wings throughout New Zealand. Hayden hopes that with the aid of Sea Cleaners, New Zealand waters will one day be completely free of waste.

You can read more about Sea Cleaners here:  http://seacleaners.com/