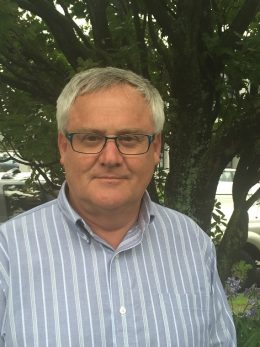 Ken Taylor, who played a leading role in the formation of the Te Waihora/Lake Ellesmere co-governance framework, sees the maturing relationship between the partners as critical to the success of Whakaora Te Waihora.

The development of the Te Waihora co-governance framework started in 2009 when Environment Canterbury Commissioners began conversations with Ngāi Tahu about a possible co-governance arrangement for the lake.

Those initial discussions led to Ken being commissioned by Environment Canterbury to work with Ngāi Tahu to create a co-governance agreement.

He was deeply involved in the directions and sponsorship of the co-governance framework for Te Waihora and for him, good governance needed to include strong leadership, commitment, shared vision and the ability to collectively see the big picture. Ken believes all these facets have been present in the case of Te Waihora.

“I initially treated Whakaora Te Waihora as a project but I soon realised it was really all about the partnership. It’s partnership – a meeting of the minds – that really makes co-governance successful and, in this case, unique,” he says.

Ken says “in this case, co-governance has continued to work because each of the partners wants it to work and are fully committed to it.”
According to Ken a strong co-governance relationship is vital for the day to day operations.

“Staff know they have the weight of commitment from their organisations to help them work through issues and challenges,” says Ken

The Waihora co-governance arrangement is the most significant voluntary iwi/Crown agency partnership (not directed by Treaty Settlement) in the country. It is unique in New Zealand, perhaps even internationally.

Ken believes that Whakaora Te Waihora will continue to flourish in to the future because of the commitment the co-governors show to the lake, and because he believes there is no better case in New Zealand for investment in restoration.

Ken is now leaving his role at Environment Canterbury and is moving to a new position as the Director of Our Land and Water National Science Challenge. But the work he has undertaken with regards to co-governance at Te Waihora will leave a lasting impression on the success of the programme.

“Te Waihora is beautifully complex from a science point of view. It’s like no other resource in New Zealand and for me, helping create this co-governance legislation has been a career highlight.”

If you want to read more about the Te Waihora Co-Governance Agreement it can be found here.