Ngāi Tahu has been sidelined for far too long when it comes to management of fresh water, says Tā Mark Solomon. 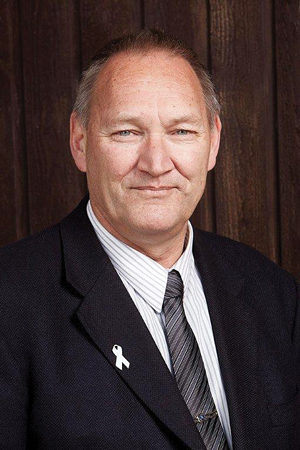 His comments come after a series of hui held by the Iwi Leaders Group to advise iwi on discussions with the Crown to address iwi rights and interests in fresh water.

This Government is determined to change the way in which fresh water is managed, through changes to the Resource Management Act and at a local government level. It is a process which began with then Prime Minister Helen Clark back in 2007.

However, Prime Minister John Key has said water belongs to everyone and iwi shouldn’t expect special rights. Tā Mark says iwi have been disadvantaged for the past 150 years.

The group includes the leaders of Ngāi Tahu, Whanganui, Waikato-Tainui, Te Arawa, Ngāti Kahungunu, Ngāti Porou (on behalf of the Horouta Iwi Collective), Raukawa and Tūwharetoa. It reports regularly to all iwi.

There is no doubt that providing for the ability for iwi to access and utilise fresh water would increase value across the board, Tā Mark says.

But he is not in favour of a move away from consents for water use to a market in tradable water rights.

“That is not the view of iwi at all,” says Tā Mark. “In fact it’s one of the biggest fears, that water becomes a tradable property right like the quota management system. If you look at the deep water quotas now, 30 plus years after the introduction of the quota management system, 80 per cent plus of deep water quotas are in the hands of a few companies.

“If you turn water into a tradable property right, what stops that happening to water? Every Western government has warned that wars will be fought in future over water, so why would you privatise it? It has huge risks in my view.”

He welcomes moves at a regional level to involve iwi, but says iwi must be involved in decisions, not just offering advice.

The Ngāi Tahu takiwā, which stretches across nearly all of Te Waipounamu, is the largest area of any tribal authority in New Zealand and includes some of the country’s largest hydroelectric schemes. It also includes large-scale irrigation schemes, with proposals for more.

Managing and protecting fresh water within the takiwā is vital for the tribe, Tā Mark says. He says it’s a question of balance between economic interests and the wellbeing of waterways. Water quality is paramount and the tribe can take a holistic view.

“The tribe has been sidelined for far too long. We want to enable whānau to make decisions around their waterways, and to have their relationships with their waterways recognised in a much more substantive way than it currently is.”

The current regulatory regime, mostly found in the Resource Management Act, directly affects Ngāi Tahu, yet the resource consents held by stakeholders in the takiwā are mostly held by farmers, irrigators, power companies, and industrial users.

That regulatory regime hinders Ngāi Tahu and is unsustainable when it comes to looking after the health of the waterways, Tā Mark says. Any reform must recognise and provide for the cultural and economic rights of the iwi alongside the interests of existing freshwater users and the public.

Tā Mark says the key issues for Ngāi Tahu are water quality, sustainable use, a sensible regime for water allocation, looking after customary waterways, and recognition of the tribe’s role as a Treaty partner in management and governance of fresh water in the
Ngāi Tahu takiwā.

The position and interests of Ngāi Tahu are essential to any consideration of fresh water, he says

“The tribe has been sidelined for far too long. We want to enable whānau to make decisions around their waterways, and to have their relationships with their waterways recognised in a much more substantive way than it currently is.”