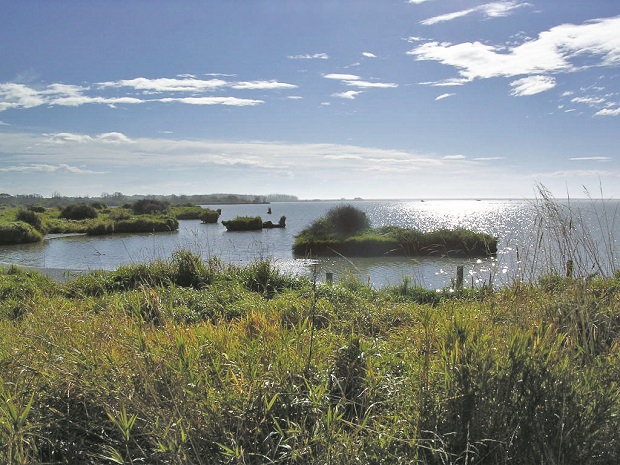 In July Te Rūnanga o Waihao Incorporated received over $500,000 in Te Mana o Te Wai funding from the Ministry for the Environment for restoration work on Wainono Lagoon.

“The lagoon is one of our top priorities and the additional funding we received today will go a long way to helping us in our goal to restore the lagoon,” says Graeme.

“We applied for Te Mana o Te Wai funding because we saw it as an opportunity to support on-the-ground actions to improve water quality, rehabilitate or restore cultural values, and to develop additional rūnanga capacity and influence in the management of freshwater issues,” says Graeme.

Kennedy Lange, Project Manager, Environment Canterbury says this funding will build on the momentum the Wainono Lagoon Restoration Project has made to date.

“The projects that will come from this funding will carry on from the great work we have already undertaken with Waihao rūnanga and other landowners in the catchment, while also allowing us to fund some key projects which we could not fund before,” says Kennedy.

“What is also significantly important about this funding is that it provides resources to build rūnanga environmental capacity,” he says.

“Te Rūnanga o Waihao Incorporated has always punched above their weight on environmental advocacy and this funding will enhance their ability to influence and advocate on environmental issues,” he says.

The Wainono Lagoon is a 480-hectare coastal lagoon and wetland of national and international importance for its birdlife and native fish. Its importance derives from the lagoon’s size, diversity of habitats and location in a chain of coastal wetlands.  The lagoon and its tributaries are highly significant to Waihao rūnanga as a mahinga kai source and a cultural site.

The funding was announced by Nick Smith, Minister for the Environment, at Waihao Marae.