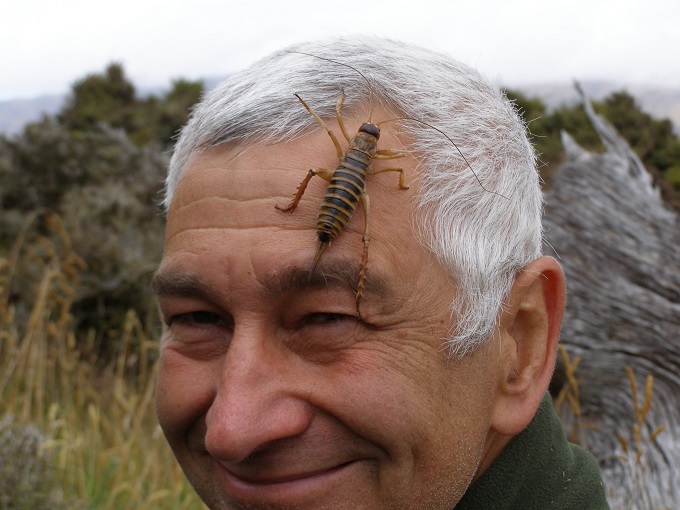 Mike Bowie is passionate about the weta species. He is seen here with a tree weta.

“It’s all about farming sustainably and we think Ngāi Tahu Farming can show the wider community that planting reserve areas around the farms can have wide-ranging biodiversity benefits – and given that there is now only 0.5% of naturally occurring native remnants left on the Canterbury Plains, it’s a responsible thing to try and achieve,” he says.

“Some species, especially the predators and the pollinators, can provide valuable ecosystem services, so it’s important that we encourage as broad a range of species as possible. Without this work, we could lose more species and given that there is a worldwide biodiversity crisis, any loss of species is sad, especially when it is caused by man. The remaining kānuka remnants on the farms are crucially important for that reason.”

An original 10-week summer survey carried out by a Lincoln University scholarship recipient in 2013-14 has shown a diverse range of species make Te Whenua Hou home. The survey was carried out across a range of habitats from the Ngāi Tahu pine forests and native reserve areas to the wider native remnants in the Eyrewell area. 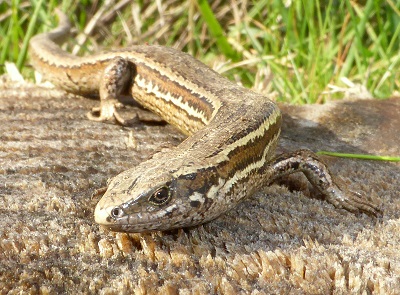 The skink species have adapted well to the dry land nature of Te Whenua Hou.

Pitfalls traps (a small cup in the ground) were laid in all areas and the species caught were curated, sorted and identified, and a written report was produced.

“We were surprised by the rich biodiversity the study revealed given that the plant biodiversity is dominated by dry land forest and not broadleaf forest,” says Mike Bowie.

“Some specimens still require more identification but overall it was an impressive collection. We caught 35 different moth species in one night alone, along with two weta species, numerous beetle species including weevils and carabids, leaf vein slugs and several species of spider including trapdoor, nursery web and wolf spiders.”

Monitoring of birds, lizards, mice, hedgehogs and other vertebrates has also been carried out.

“Dry land sites like those at the Ngāi Tahu farms are ideal for lizards and we’ve seen good numbers of skinks out there. We’re currently carrying out an experiment with number of refuge types to try to enhance the lizard numbers,” says Bowie. 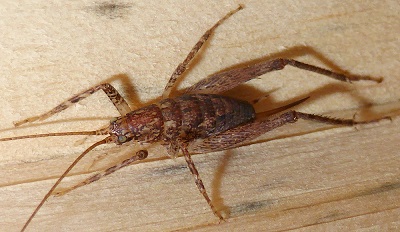 The cave weta is one of two weta species that have been found at Te Whenua Hou.

The team has installed rock stacks (with and without a moss covering), wood piles, corrugated roofing slabs and wooden discs, at a range of different sites to determine which the lizards prefer as a refuge. Plastic tunnels baited with canned fruit (a favourite lizard food) have also been used to attract and identify the presence of lizards by their foot prints.

Mike Bowie is particularly passionate about the conservation of weta and he and his team have discovered both the cave weta and the ground weta at Te Whenua Hou. Another type of refuge called weta motels have also been installed around the farms, on roadsides, in established kānuka groves and in new reserves, to enable the team to get a baseline idea of the populations.

“Weta are one of New Zealand’s iconic insect groups and are useful beasts in helping to lift the profile of invertebrate conservation in New Zealand. Insects often get a lot of bad press but like everything else in a healthy ecosystem, they have an important ecological role to play.”

A previous bird survey completed in 2005 has allowed the Lincoln University team to compare species and numbers over the last two years and Mike Bowie says that native bird species have increased with the change from the pine forest habitat to dairy landscape. 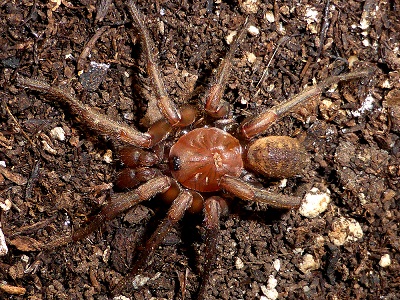 Cantuaria is one of the New Zealand trapdoor spider species found at Te Whenua Hou.

“We’ve also noticed that in the change from forest to grass, species like pied stilts, white-faced heron and oystercatchers are making an appearance. That’s very exciting. And once native species like kōwhai become established on the farms, he is confident given time, tui, kererū and bellbird will visit.

“Our work in ecology is about trying to reproduce native dryland reserves, and the landscaping side of farm development will add a range of native and exotic trees to attract a wider range of native birds including the tui, kererū and bellbird.

“Most ecologists are passionate about biodiversity and when so little of the Canterbury Plains original vegetation remains, every little bit we achieve is special. But it’s not just about the plants, it’s about the whole ecosystem – every plant and animal species plays a part – and if we can convince other farmers through the Ngāi Tahu Farming example, we are one step closer to restoring the native biodiversity to the Canterbury Plains.”