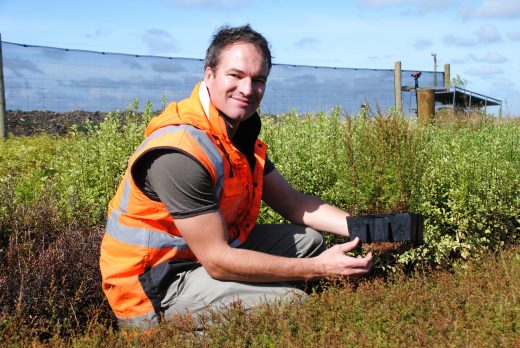 Despite the challenges of a harsh physical environment, Ngāi Tahu Farming is well on the way to achieving its goal of planting 1.5 million native plants across its Te Whenua Hou properties.

Working in partnership the with Lincoln University Department of Ecology, Ngāi Tahu Farming is implementing a biodiversity plan drawn up by the university in 2013. That plan provides planting schemes for all twenty farms (after forestry clearance and final development) and includes as many as 17 areas set aside for nature. In addition, native species are being incorporated into shelter belts, in-paddock planting as well as  plantings around farm buildings and houses on each farm.

According to Ngāi Tahu Farming Project Manager Ben Giesen, the partnership is working so well that Ngāi Tahu is looking to extend the Lincoln University biodiversity plan and planting scheme, which  is an important part of the “Natural Environment” pou within Ngai Tahu Farming’s quadruple bottom line strategy and reporting.

“Lincoln staff and PhD students spend a lot of time on the farms carrying out research and experiments. It was written into the original agreement that space would be set aside for this purpose and it’s been very beneficial for all of us,” he says.

“We’re currently working on the development of five farm reserves and each has a different planting plan. Lincoln has been very involved in that and their studies are a win-win for the collaboration.” 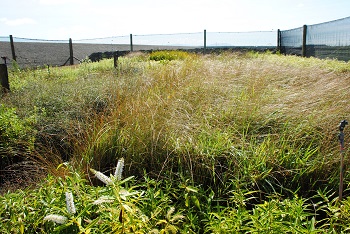 Professor of Ecology at Lincoln University, Nicholas Dickinson says that in addition to eco-sourcing seed from nearby reserves and coming up with a long list of the most suitable native plants for the area, some his students are also carrying out study for the PhD research.

“We carried out an indepth Kanuka Ecology review to determine the best plants for the area and further experimental work has been carried out on weed control to support young, growing saplings. That has involved trials using different spray treatments, a mixtureof dairy shed effluent and sawdust, and composted green waste from Selwyn District Council,” he says.

Another student is studying the mosses found in kanuka groves.

“She is convinced that the key to establishing restoration planting is to plant mosses with the young plants,” says Professor Dickinson.

There are also studies being carried out into soil structure and how that may affect the retention of irrigation; trials are being carried out on nitrogen-fixing plants such as kōwhai and native broom; and studies of weta populations and  unique Eyrewell earthworms are progressing well.

Ben Giesen says that beyond the science studies, planting out approximately 150 hectares in native native reserves and over 300ha in total including all on farm plantings and shelter belts will have a significant impact on the Te Whenua Hou properties.

“We want to re-establish native plantings because they provide good stock shelter and they cut down on the harshness of the weather conditions – the heat, the wind and the dust; and years down the track the farms will be dramatically changed for the better,” he says. 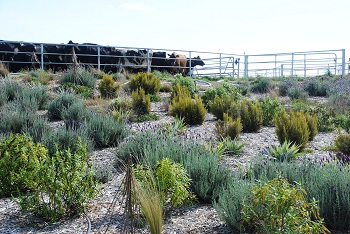 “For us it’s about setting a benchmark in terms of investment and investing in Nature is always a good idea.”

As Giesen and his team have gone about refining the planting processes, they’ve made significant cost savings through trial and error; and the development of their own on-site nursery has been integral to that. Their eco-sourced seed is sown by Zealandia and the tiny plants are grown-on at the nursery.

“We have 16,000 kānuka and mānuka plants to go in around the farms in May and we currently have another 45,000 growing at the nursery. We aim to grow the top 15 plants on the Lincoln-recommended plants list here at our nursery and we’re well on the way to that – we already grow some of the top five including kānuka, lemonwood, karamu, kōwhai and flax. We’ve made significant cost savings by creating our own nursery,” he says.

In addition to the native plantings, each farm driveway has been planted with flowering cherries or oaks; and around 10,000 tōtara trees are being planted around the periphery of the farms.

“It’s a creative project and there’s a lot going on,” says Professor Dickinson.

“It’s a learning curve for a lot of people and the challenge for us has been to develop a project, to find economic solutions that benefit the environment, and which others will copy.

“The most threatened flora in New Zealand is in Canterbury lowland. There has been huge transformation of these areas for over a hundred years and the areas of remnant native species are very very small. So for us, it’s about looking at biodiversity as a whole – the lizards, the birds, the insects – and how we can entice them back.

“That’s exciting and it’s been wonderful to have the support of Ngāi Tahu Farming in this. The joy of the project has been working in partnership with them. We can all learn from each other.”