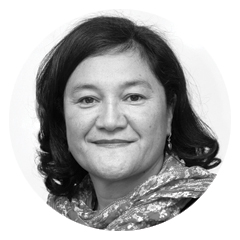 Having applauded the innovative way Ngāti Waewae brought tradition to life through the wāhine mau rākau at the opening of Tūhuru Arahura Marae, I was taken aback to hear criticism of wāhine in these roles. I asked myself, “Is this really the 21st century?” as our history clearly shows wāhine took on these roles far earlier than this.

I don’t meddle in areas I know nothing about but I do make a conscious effort to be informed. Having carefully followed the Ngāti Waewae history, I am proud to see the pragmatic way that wāhine took clear responsibility in protecting, preserving, and caring for their whakapapa. Wāhine mau rākau has brought the historical kōrero to life in a modern context.

Recent performances at Te Matatini again featured wāhine mau rākau and when listening to my father translating the kōrero, again it was an expression of caring for their whakapapa. One story told of how male warriors went ashore while the wāhine remained and anchored their waka when it began to drift – another example of pragmatism.

I am bemused by flippant comments labeling this a ‘feminist take over’ when all one needs to do is scratch the surface to understand the reason. We should applaud this visual demonstration of our historical stories, celebrate it, and preserve it.

As I watched the opening of Tūhuru, I could imagine how many women (young and old) were inspired right across the iwi and the motu. This also goes for the recent success of Te Matatini.

If we want to engage young people in building their tribal identity, we must embrace these exemplars within a traditional yet contemporary context. We shouldn’t be afraid. Instead we should be open-minded, understand the rightful place of this tradition, and champion it, not just look at it through a superficial gender lens.

Sometimes it’s easy to be judgmental. To me, this attitude stems from those who fear change, and would prefer to go through life “asleep” rather than make a difference.

Since President Obama came into the White House, I have been more a fan of the First Lady, Michelle Obama, for many reasons. I listened to her recent Mother’s Day address, giving an account of her life as First Lady. She didn’t hold back. As an African American woman in the spotlight, she faced criticism (both race-based and gender related) and she learnt to cut out the noise and remain true to herself.

Steve Jobs said, “Don’t let the noise of others’ opinions drown out your inner voice.” Don’t be invisible. Be humble, kind, and speak the truth and you may be surprised how many will share your views. If they don’t, then that is kei te pai as well.