He Kōrerorero
Inane Question & A Flag In The Wind 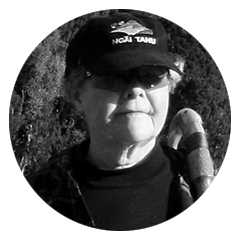 Some stranger stops you in the street and asks,
“What do you stand for?”

“Ummmm… something we can put on a flag?”

“Have you got an hour or two?”

You see, I’m really interested in flags. I have a full-size official flag-pole. I have a collection of flags, from the Hundertwasser to several made just for me.

When there was such an entity as the Ōkarito Free Republic, I was its proud Flag Warden…

But I never had the official flag of New Zealand…

It was bland, boring, inaccurate, and – worst of all – almost indistinguishable from Australia’s flag.

I know it carries a load of history and memories, especially for older generations. So did the earlier Canadian flag. Ask the next Canadian you meet to describe that one.

I had a friend who served in Vietnam. He had a tiny New Zealand flag on his pack. He got so bothered by being mistaken for an Aussie that he asked his mother to make him a small kiwi pennant. He wore that proudly until some Yank said, “Hey, what’s with the fat-arsed chicken?”

I do not recommend any flag that features a kiwi…

Nor do I recommend any one that features the Union Jack as part of its design.

I am a vexillologist manqué, you see. I love flags and learning about them and flying them whenever I can, whenever it is appropriate.

The last time I had them all in the sky was when my good friend and naybore Jude Maloney died. She and her family had made several of them, including my own standard (a light blue number with four whitebait and a bright yellow sun). I’m a baiter, and the community saying was “The sun always shines in Ōkarito – especially when it’s raining!”

We were a strange but potent group of people and we had many good times together.

The one flag I never flew was the official New Zealand ensign. It is dreary and derivative, and has never spoken to my mind or heart.

Writer Keri Hulme is southern Kāi Tahu. Among her passions are whitebait and family history. In 1985 Keri’s novel The Bone People won the Booker Prize.