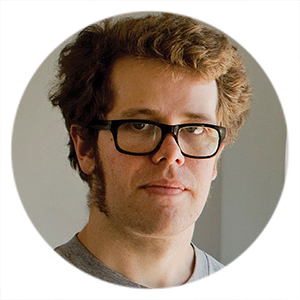 I was excited to wake up to an email from Te Rūnanga o Ngāi Tahu recently asking for my thoughts on climate change. My excitement was partly because I never get interesting emails despite checking them every seven-ish minutes, but mostly because this is the biggest challenge we will have to confront. And everything about the climate crisis is terrifyingly exciting.

In a weird, roundabout way, it is actually the challenge of fighting climate change that inspired me to properly explore my whakapapa, get clued up on tikanga and start – slowly – learning te reo. The first proper essay I wrote was on how we might be able to incorporate Māori principles into accounting systems in order to address climate challenges. It was idealistic. It was romantic. It was read once and then stored away. But importantly, it started me on my current journey.

We’ve got some generations of wisdom, and some pretty jaw-droppingly talented young scientists too. These two ways of knowing have already been married together beautifully to create the Ngāi Tahu Cultural Mapping Project.

I used the Australasia Chapter of the 2014 Intergovernmental Panel on Climate Change (IPCC) Report to identify potential or predicted threats to Ngāi Tahu whānui and takiwā. These included:

• Projected decrease in groundwater recharge over the Canterbury plains, as well as degraded water quality from wash-off following bushfires and floods
• Limited evidence that cold water-adapted fish, invertebrates, braided-river bird species, and tuatara populations are vulnerable to warming
• Projected decrease in pasture production for dairy, sheep, and beef, and uncertainty around erosion and ecosystem services provided by soils
• Temperature rises threatening biosecurity by increasing risk from invasive and native pests.

Aside from our business and environment, there are other projected negative impacts for people:

• An increase in heatwaves and related problems
• Mental health risks associated with climate-related disasters such as severe drought, floods, and storms, especially in rural areas
• Over 60 per cent of Māori-owned land (nationwide) is at risk to damage from rainstorms, and lowland areas are vulnerable to flooding
• Fisheries and aquaculture sectors face substantial risks from changes in ocean temperature and chemistry.

All of this, of course, is uncertain. So what can we possibly do? Well, my essay suggested, as a start, embracing and integrating whanaungatanga, whakapapa, kaitiakitanga, and the concept of taonga for valuing assets into political and business systems (using the Ngāi Tahu annual reports as an example). Often people like to boil climate change down to individual behaviour, but it’s a collective problem which needs a collective solution. Te Rūnanga o Ngāi Tahu Climate Change Strategy is a step towards this. Given that each and every Papatipu Rūnanga up and down the land has diverse local needs, aspirations, and environments, putting together a cohesive climate change strategy with all of these aspirations threaded throughout will be a challenge. This challenge pales in comparison to the challenges we will face if we do nothing.

The IPCC chapter concluded that combining traditional indigenous knowledge and practices with new strategies will be the key to the long-term sustainability of climate-sensitive communities. In a desert region of North America, the Navajo Nation put together reports on the vulnerability of local wildlife, and strategies for adaptation to climate change. These were written to provide the Nation and its communities with useful information on planning for change. In the Arctic region of Nunavut, the Inuit have established the Nunavut Climate Change Centre, which develops and distributes resources on understanding climate change that marry traditional wisdom with scientific innovation. The Centre has an interactive map to find out what is happening or could happen in a number of communities across Nunavut. I see these initiatives and more across the world and I think… “We can do that!” We’ve got generations of wisdom, and some pretty jaw-droppingly talented young scientists too. These two ways of knowing have already been married together beautifully to create the Ngāi Tahu Cultural Mapping Project.

So I’m excited about these plans and policies, and I cherish the opportunity to have my voice heard in their development. Some friends and I tried our best to influence the climate strategy our government took to the United Nations talks last year, but our efforts didn’t seem to make any difference. I’m considering going to the talks this year, and if I do, I’ll be thinking about what’s important and how everything that comes up could impact on Ngāi Tahu. Whether I go or not, I will be and always am thinking about what we can do to fight for the best, but prepare for the worst.