A heart for the people

It is with great sadness that we acknowledge the loss of Jane Davis in the early hours of Saturday, March 16 2019. Aunty Jane passed away in Murihiku, surrounded by the beloved whānau who are her legacy – embodying her deep love and connection to the Tītī Islands and the rūnaka of Ōraka Aparima, and upholding the commitment to environmental conservation and cultural connection that she dedicated her life to.

The twin passions of Aunty Jane Davis are tītī and whānau but somewhere along the way she has managed an awful lot of work for Ngāi Tahu. 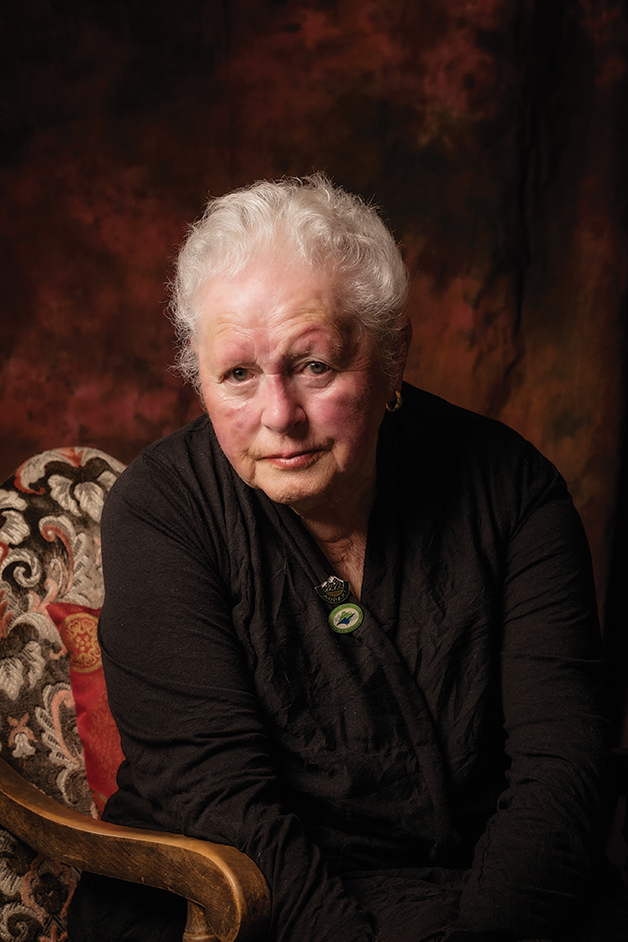 “Okay, let’s crack into it,” I suggest to Aunty Jane Davis in her tidy little house on the outskirts of Invercargill. The problem is, where to begin? Aunty Jane has packed a lot of living into her life, including a long association with the Tītī Islands, her time on the Ngāi Tahu Māori Trust Board, her time as chair of the Ngāi Tahu Fund, and her conservation work in later years.

We had just started when the phone rang. “I’ve got a new mokopuna,” she says after putting the receiver down. “My grandson is an aero engineer with Air New Zealand and he’s got some time off and they’re bringing the baby down.”

I ask how many grandchildren she has. “I’ve got 10,” she says. “And three, well four great-grandchildren, although the fourth one should have been here last week.”

The walls of her house are covered in pictures of whānau, in particular a black and white shot of a striking young man in a singlet, holding a barrel.

“That’s my husband Bill holding the barrel,” she says. “He was about 26 then, and that’s in Puai on Big South Cape (Island). Muttonbirds were put in barrels in those days.” 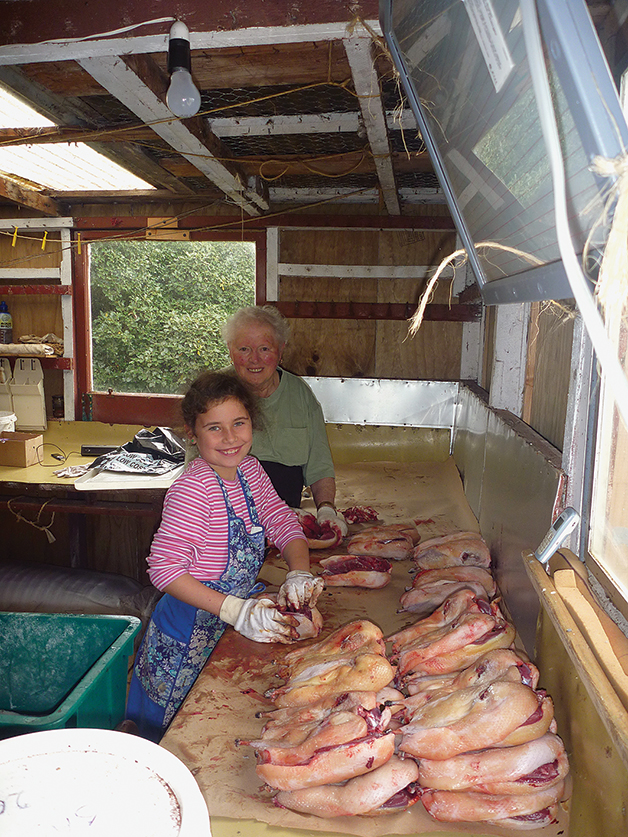 Muttonbirding has been a constant in Aunty Jane’s life. She first went to the family’s island the year she was born, or so she has been told. “Then I went until I went to school in Riverton. My grandmother didn’t want me going to the island, she wanted me to stay at school; but my mother always went, and my brothers. In my teenage years I went back with her to the island and we just carried on really.”

Her late husband Bill was a fisherman who spent a lot of time in Fiordland waters. They got married in 1951 and Aunty Jane and the boys used to join him during the school holidays. The couple had three sons – Rewi, Tāne, and Patu, who was taken in an accident; and a daughter, Karina.

“They were building the Manapouri power station and we had just two boys then. We’d go in for the holidays and live aboard the Glennifer. Bill would go fishing and we would stay ashore at Deep Cove or go out fishing with him or the boys would go to the movies. (Films were shown on board the Wanganella, which was moored in Doubtful Sound as accommodation for workers building the Manapouri Power Station). It was a good life. The boys look back now and say, ‘We had it good growing up.’”

They eventually bought a pub in Riverton when Bill got tired of fishing. That’s when her work for the tribe really began.

“We had begun what were called Māori Committees and Bill was the chair. Eventually we bought a building in the main street of Riverton. I think we put our house or part of the pub up for collateral. I know we took on the mortgage. That was the early 1980s and it became this process of the Claim, because we got involved and started going to the hui in Bluff, and then Tipene came down. I remember going to a meeting at the museum here in Invercargill where he came. Trevor Howse was also involved.”

Uncle Bob Whaitiri asked Aunty Jane to stand for the Ngāi Tahu Māori Trust Board and she was elected in 1989. At the time she was asked, she wasn’t enrolled as Ngāi Tahu. “They talk about the blue book and the pink book which is almost a bible to us now. People had them in those days, but we didn’t actually do anything about it. I mean the Tītī Islands were our main concern.”

They had been brought up on the stories of Ngāi Tahu grievances. But did Aunty Jane know what she was in for? 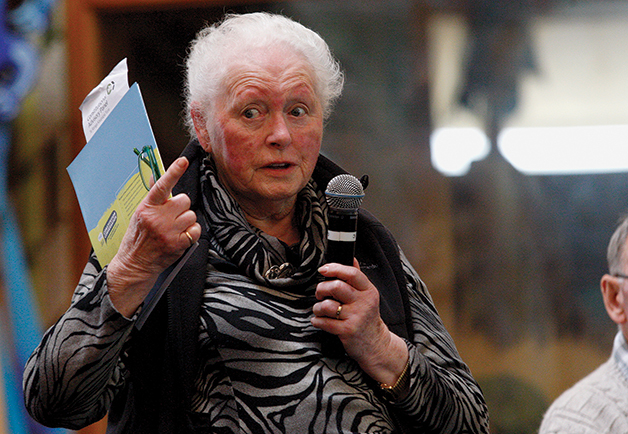 “We had gone from the Māori Committee to what the four rūnanga here had decided to make, which was a rūnanganui. We had become involved in those sort of politics, both of us really, because it would never have happened for me if Bill hadn’t agreed. In a sense we both did it because he went everywhere with me, and he was listened to sometimes more than me.”

Aunty Jane was born in 1930 in a nursing home in Invercargill, and brought up by her grandmother and grand-aunt. It was the Depression, she says, and Pearl, her mother, had to get back to work.

“For us it was quite normal. We had two houses side by side that my grandfather had built.”

She was brought up in Riverton with two older brothers, John Patu and George Pahia, who was always called Gordon; and an older sister, Pasha Josephine. Her father, Jens Rasmussen, was a Dane who had been working on the West Coast. She remembers her Aunt Lala gathering mussels every week, and brothers who caught rabbits.

“I used to love going to the beach ‘cos you could play and follow on behind, and Aunty Lala always used to go down with her kete and meet the fishing boats when they came in and they would give her cod heads.

“My brothers caught rabbits. Rabbit was a big thing on our menu. I don’t eat rabbit now. They had ferrets and they would put them down into the burrows. I hated that when I was a child. I would hate it a lot more now that I’ve become so green.”

She is still surprised by how quickly Ngāi Tahu became dispossessed in their own land. “It took just two generations for us to lose our language and even for our minds to be changed. In a way we were like second-rate people in our own country.”

Ask anyone about Aunty Jane and they will likely say something nice about her. She appears to be almost universally liked in the tribe, but you sense steel in there somewhere. The stories of her negotiating skill are legendary, especially when it came to high country leases. She agrees.

“I am pretty strong, and Bill knew that. Somebody did say to him, ‘Oh you know, she’s a nice lady to go on to the board’, and he said, ‘Don’t be too sure of that.’”

Her first year on the trust board was 1989, as the Waitangi Tribunal hearings into the Ngāi Tahu Claim wound up. That was when the really hard work started, she says.

“It was a really steep learning curve for me in 1989 when I first went up to board meetings. I think I was pretty silent that year.”

She stayed on the trust board until Te Rūnanga o Ngāi Tahu was created through legislation. “I think the Claim takes hold of you. You don’t take hold of it. It’s like it knocks on the door and is inside your heart and your head and that’s it. I grew up listening to my grandmother talk about it. There was always going to be the pot of gold at the end of the rainbow. I think all our old people thought like that.”

A vivid memory from those days in the early 1990s when the tribe was still negotiating a settlement was a visit to Queenstown.

“I went with Maika (Mason) and probably Trevor Howse. Suzanne (Ellison) was there and the thing that sticks out in my mind was when she spotted a notice in a shop window which said, ‘Keep out Ngāi Tahu’, and she went in and demanded that they take it down. It has changed now in Queenstown, with all the Ngāi Tahu buildings.”

“For a lot of us, our lives went on hold, like my oldest son. He couldn’t be here but he always paid our phone bill. That was his contribution, you know – our families contributed wherever they could to make the load a bit lighter.”

There’s another photo of Bill later in life on another wall. He died aged 66, from an aneurism. He was in Queenstown. She was in Christchurch working on the Ngāi Tahu Claim.

After he passed away, she took the Ngāi Tahu seat on the Southern Conservation Board. Ngāi Tahu was fighting hard to have the Crown’s Tītī Islands returned. The tribe was ultimately successful, but it took plenty of hearings, she says. 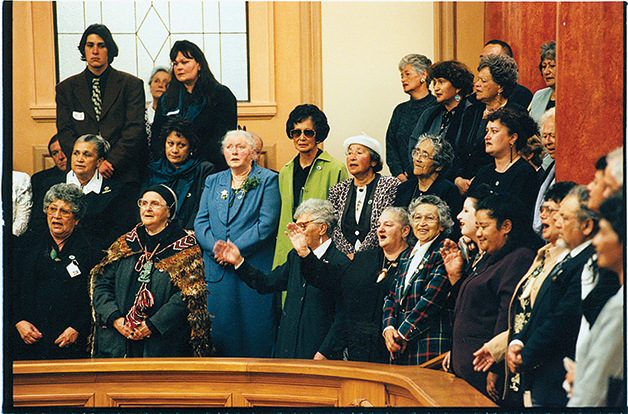 Aunty Jane and others at Parliament during the passing of the Ngāi Tahu Settlement Legislation, 1998. Ref 2013.P.2189

That changing relationship epitomises changing attitudes to Ngāi Tahu stewardship of assets such as national parks. In 1864 when Rakiura was sold, there were two groups of islands governed by one set of regulations. The “beneficial” islands were those where individual whānau had hereditary rights, while the Crown islands were for those who didn’t have a right to go birding on the “beneficial” island. The Department of Conservation was in charge of the Crown Tītī Islands, which then passed into the ownership of Ngāi Tahu.

“So at that time we were advisors to the Department of Conservation, whereas now the role has changed and they are our advisors. That is really important and for me personally. Apart from all the other wonderful things that have happened, that was the best thing I did.”

Looking back, she believes Ngāi Tahu were possibly short-changed when it came to things like ownership of national parks. Governments are reluctant to share too much, she says, although that has changed. Just look at the Crown agreement with Tūhoe.

“I just wonder in some of the policy-making stuff whether we could actually have got better access to our national parks; got our name on the title as well. I just believe we have a right to be an owner there as well. Maybe we didn’t think big enough then.”

Relationships with the Department of Conservation have usually been positive at a local level, she says, but it became more difficult when dealing with the Crown in Wellington.

“On the ground working here with the locals is always good, but the policy-makers in Wellington and what comes out of there is often contrary to what the tribe wants.”

She worked much of her life for the tribe, but her overwhelming passions are conservation and whānau. On another wall is a picture of Putauhina Island, where Aunty Jane has been going the whole of her life.

“We’ve always been extremely careful for the little island,” she says. “The story from my mother especially, who loved the island, was, ‘Look after the island and it will look after you.’ That was her saying and I’ve grown up with that. My children have grown up with that and now my grandchildren do too. And I think that’s a story for everywhere.”

There’s a lesson right there for all of us. We talk some more about the values of the tribe and the future for her mokopuna, and then Aunty Jane says something which probably sums up her attitude to life.

“It’s our connection to the land that is important,” she says. “But you’ve got to have a heart for the people too.”