Winter is providing a nice relief for us as we finally slow down after the hectic process of moving back into our new home.

Our new house is great but the section was devastated by the building process and we have had to carry out vigorous reorganisation and replanting. Fortunately, we remembered not to go overboard and plant a whole lot of trees and plants that will need constant pruning. Instead we focused on pongas and ferns to create a Poutini West Coast feel to the garden.

The māra has now been fully re-established on the remediated soil area and the old māra area with the toxic soil (heavy metals) has been put into grass. From my research into heavy metals I have found that in general, fruiting plants do not take up dangerous levels of heavy metals from the soil. We left our old fruit trees (apples and cherry) where they are, and we are keeping and replanting the feijoas we had to move for the rebuild. It is primarily leafy vegetables that are at risk of taking up dangerous levels of heavy metals from soil.

To be on the safe side I have had some of the silver beet, spinach, kale, and broccoli tested by Hill Laboratories for both heavy metals and multi-residue chemicals. Fortunately, the heavy metal tests showed that all the residue levels are well below the safety limits, and that there were no unexpected nasty chemicals in the vegetables either. The cost for a heavy metal test is $127 and the multi-residue chemical test is $253 per type of plant, which has been well worth the expense for me for the peace of mind that it brings.

However, history still has lessons to teach us about safe food production. Once lead arsenate insecticide was thought to be safe, but its residues (lead and arsenic) are still poisoning soil and food 70 years after it was last used. It was replaced at the time by the safe new wonder chemical of its age, DDT. So too we are now officially learning, thanks to the World Health Organisation, that the herbicide glyphosate (commonly referred to as Roundup) will now be “classified as probably carcinogenic to humans (Group 2A)”.

Specifically, researchers found that “there was limited evidence of carcinogenicity in humans for Non-Hodgkin lymphoma”, as well as also causing “DNA and chromosomal damage in human cells”, and that “there is convincing evidence that glyphosate also can cause cancer in laboratory animals.” 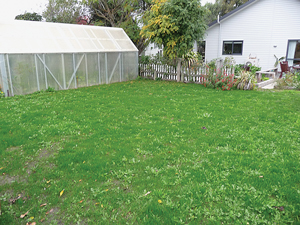 As an example, they cited that in one community the “residents reported increases in blood markers of chromosomal damage (micronuclei) after glyphosate formulations were sprayed nearby.” Just to get the record straight, the International Agency for Research on Cancer (IARC) has classified glysophate in Group 2A (probable carcinogens), meaning “that the agent is probably carcinogenic to humans” with “sufficient evidence of carcinogenicity in experimental animals.”

The IARC is the world’s leading authority on identifying causes of cancer, and not surprisingly, their report caused a stir in the media and a backlash from major producers like Monsanto. Glyphosate was first patented in 1964 by the Stauffer Chemical Company to be used as an industrial metal pipe cleaner. Monsanto took out a patent on glyphosate as a herbicidal agent in 1974, based on its ability to negatively affect the production of the EPSP synthase enzyme in plants, thus causing them to die. Monsanto claims that glyphosate products do not affect the EPSP synthase enzyme in humans. However, a class action lawsuit in America claims otherwise, as they believe glyphosate also has a negative effect in the human gut where it affects our overall health, stating:

Independent scientists have for some time been warning that glyphosate could be responsible for a whole host of human illnesses that have sprung up over the last 20 years, coinciding with the introduction of genetically engineered crops whose main trait is that they are resistant to glyphosate herbicides. 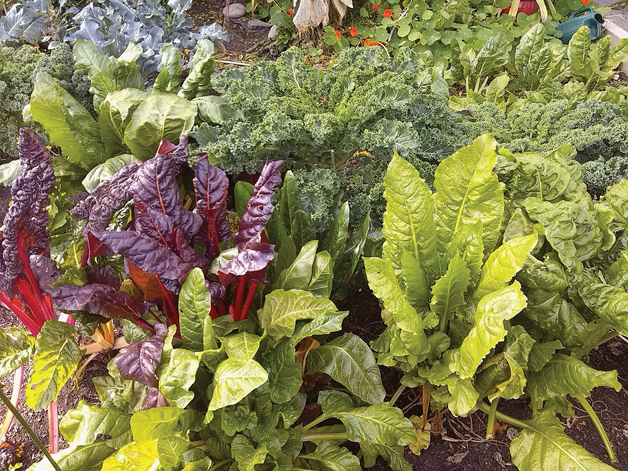 Recent changes in conventional farming practices now also result in farmers spraying non-GE crops like wheat with glyphosate just prior to harvest to “desiccate” (kill off unwanted plant material) to help ripen the crop. This also results in a large increase in glyphosate residues in the wheat used for human consumption.

History still has lessons to teach us about safe food production… [It] can sometimes read like people doing one dumb thing after another.

At the recent Food Matters Aotearoa talk held in Christchurch, Professor Don Huber, Emeritus Professor of Plant Pathology at Purdue University, explained how soil testing being done in almond orchards in California is now showing that glyphosate does not break down as readily in the soil as once claimed. He said that when used season after season, glysophate does build up in the soil, resulting in negative impacts on soil life and plant health.

History can sometimes read like people doing one dumb thing after another. In the examples given above, there can be seen a consistent pattern with toxic chemicals approved for use – lead arsenate insecticide, DDT and now glyphosate – only for evidence of toxicity and damage to soil, the wider environment and people to accumulate over time. Independent scientists are criticised and marginalised for questioning the status quo, until finally the evidence from the damage done is clear, and the true nature of the danger from the formerly “safe” pesticide is widely accepted. Over the past 100 years, the industrial chemical pesticide production treadmill has produced toxin after toxin. There is probably another “wonder chemical” lined up to replace glyphosate. As gardeners we are on the front line of protecting and promoting the health of our whānau. With history as our guide, I believe that that future can only be organic farming. Only then can we avoid repeating the same toxic chemical pesticide behaviour over and over, yet expecting a different outcome each time. So remember that as winter starts to turn to spring, it is time for compost to go into the māra, as healthy soil equals healthy plants and healthy people, just as it has done for thousands of years.

International Agency for Research on Cancer

Scientist warns of dire consequences with widespread use of glyphosate