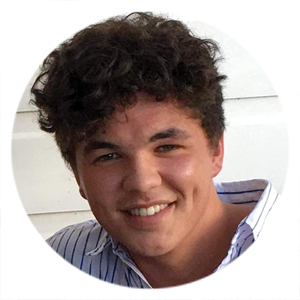 I want to begin by acknowledging the horrific events that took place in Christchurch on 15 March. It’s genuinely hard to find words to express how disgusting and heartbreaking the massacre was. I was gladdened to see our tribe wrap support around those affected, and sincerely hope we as a nation can continue to do so moving forward.

The ways we approach rapidly growing right-wing extremism, gun laws, international security concerns, and the arming of police are just some of the issues being discussed in the wake of that event. These are all big-ticket issues and it’s critical they are dealt with, but in this article I want to focus on everyday toxic discourse. I believe this is one way every single one of us can prevent this sort of act from reoccurring.

After the attack there was a common statement from politicians and news outlets that this event wasn’t who we are, and did not in any way represent our views. I feel however that there are some using this statement to write off the shooter as a “lone wolf nutcase” who is in no way representative of any of the opinions and views held in this country. This viewpoint presents the same kind of issue that “colourblind” approaches to race have. It allows people to condemn something so obviously horrific without addressing the deep-seated issues that exist in our society. With all due respect, anyone who thinks some of the gunman’s viewpoints and attitudes are not present in this country is naïve at best.

Any person of colour will tell you that Christchurch in particular has an undercurrent of racism – it exists. I am Māori of a lighter complexion, and therefore my experiences are far better than some of my darker friends. I can, however, readily bring out a slew of examples of racism and other toxic attitudes I have encountered – a number of my columns have touched on the issue because it’s very present, even if we cannot always see it.

When among groups of boys, it’s common to hear marginal chat. Racist and toxic statements are regularly made for shock value and humour – and I can’t act like my hands are clean because I definitely engage. My thought process tends to be this: “I mean well, I’m with my close mates and surely no one takes it seriously, so what’s the problem?” The problem is the current toxic political and social climate that this discourse has normalised.

I could give numerous examples about Donald Trump, Pauline Hanson, Brexit, and so the list goes on … it’s nothing new to hear politicians and other influencers using racism and tapping into emotions to push agendas. But we live in uncertain times where the general atmosphere is one of global fear and anxiety.

So how did we get here? I believe this toxic discourse has seeped from the darkest corners of the internet into everyday life, and finally into global institutions
and offices.

Let’s face it, the internet has never been safe, but increasingly it is becoming awash with manipulation and hatred. This noxious messaging leaks into the lives of the people who use the internet and observe media: i.e. everyone. A report by the Data & Society research institute has shown that fringe right-wing groups are circulating propaganda through social media channels to create even wider racial and ethnically charged divides – take Brexit as an example. Following the vote, nearly 13,500 spam accounts that posted hyper-partisan content in favour of Brexit disappeared instantly from social media platforms. Holocaust historian Timothy Snyder asserts in a Washington Post article that the propaganda disseminated from these accounts greatly influenced the Brexit vote. Snyder also says that this climate of mass manipulation, fear, and anxiety is the perfect psychological breeding ground for violence. These fake accounts and spam bots are appealing to emotions rather than reason, and causing us to act on these misguided feelings.

Look at the comments section of Stuff, Newshub, or any web article that mentions “Māori”, “Chinese”, “immigrants”, etc. There’s some shocking content from people who appear to be everyday New Zealanders – not the skinhead or swastika-covered thug stereotype we all have in our heads when we think of a “racist”. We’re overexposed to messages of hate and suspicion of the “other” to the point it’s normalised, and as a result it creeps into our everyday discourse and actions to create the conditions warned about by Mr Snyder.

There is also the issue of general security. Some people have questioned why the gunman was not caught earlier by national intelligence agencies. Another Washington Post article states that two days before the event, the shooter posted about 60 links across different platforms related to his 74-page manifesto against Muslims. It doesn’t surprise me at all that intelligence agencies couldn’t pick this up, because there is so much similar noise out there now. I think it’s reasonable to say, with the amount of racist and anti-immigrant sentiment that seems to be continually growing, it would be hard to zone in on the one person who would act.

While the shooting has revealed a number of issues requiring action at a government level, in our own day-to-day lives we can take action by rejecting the opinions and attitudes that drive and normalise hatred. That is the best thing we can all do to help instigate change.

General reflections after the attack:
https://www.waikato.ac.nz/news-opinion/media/2019/four-lessons-we-must-take-away-from-the-christchurch-terror-attack