Ka hao te Rakatahi
The spaces we will fill 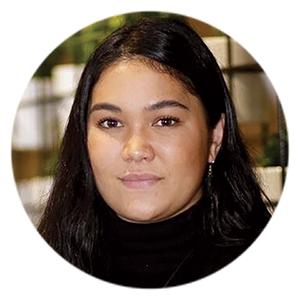 We are two young wāhine who have grown up often being called on to be the “rangatahi Māori advisors” in the many spaces we find ourselves in. There is seemingly a rising need for a rangatahi perspective. To have our voices heard has been validating, especially at a young age, and the experience that we have gained due to being a part of those conversations has been invaluable. This is not to say we have not experienced times where we have been asked to take a seat at a table so the Māori box could be ticked, or the rangatahi or wahine box.

We have both been part of kaupapa where we share our whakaaro, fight for our communities and whānau, and at the end of the day we are just in the room to appease the pale, stale males looking back at us.

Our pakeke and kaumātua have fought on numerous fronts to have Māori faces and voices at decision-making tables. In the late 1900s, Treaty settlements, the rise of the Māori Party, and the establishment of Māori wards created a space for tangata whenua perspectives to be recognised at tables where important decisions are made. As rangatahi Māori, we have inherited those spaces to fill, and are now faced with the question of what those spaces should look like.

Within a rangatahi Māori space we can look to Te Akatoki and Te Rōpū Māori, the Māori Students’ Associations at Canterbury and Otago which have publicly criticised their Pākehā counterparts for inequitable pay and treatment. Rosa Hibbert-Schooner resigned as the Māori student representative from the UCSA for these reasons and stated, “Not one more minute will be undervalued”.

Our inherited legacy is one of being visionary, committed to our people, and unapologetically Māori – the space has been created for us to fill, and now we get to decide how that space will best serve us as tangata whenua.

While Karamea Pewhairangi raised issues at the OUSA SGM and got their pay raised to be more reflective of the time and mahi they contribute, both rōpū advocated that unequal pay is just a symptom of the larger issue of systemic and institutional racism that our tauira continue to face.

We have personally been inspired by these wāhine, who have decided how they believe their seat at the table should be best utilised rather than allowing it to be dictated for them by others. They have created a ripple effect where rōpū Māori nationwide are challenging the tokenistic role they have historically played. 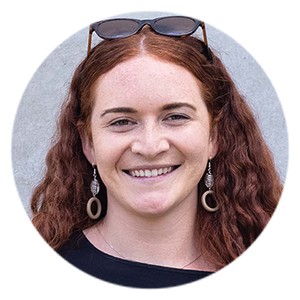 While there have been battles, there have also been many opportunities to better define what Treaty partnership looks and feels like. News of a Māori Health Authority was met with visions of hope for a future our tīpuna had long dreamed of: an institutional body, borne out of colonial policy, which recognises and solely serves our needs as Māori. While we are ecstatic and hopeful over this independent Māori authority, we also know from experience that merely having a space isn’t enough. The spaces that are made for us must be made by us, and we are relieved by news that a Māori steering group will lead the design and implementation of this body.

We look forward to a future where we are given full autonomy to lead solutions for our own. To us, Treaty partnership is more than just another seat at the table – we must be at the forefront of making decisions that impact us most. As our pakeke, kaumātua and tīpuna were once bold, so must we be. While the initial fight was to have our voices heard, our fight today is to have our voice valued as equal to its mainstream counterpart.

Our inherited legacy is one of being visionary, committed to our people, and unapologetically Māori – the space has been created for us to fill, and now we get to decide how that space will best serve us as tangata whenua. As we mihi and acknowledge those who have come before us, we must also ask what is expected of us, as tīpuna-to-be for the generations to come.