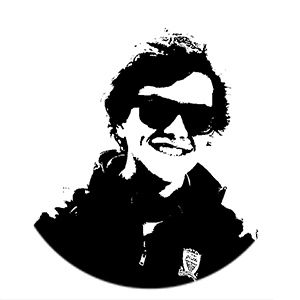 In an ever-growing and competitive world, it’s important to stand out and make your own mark. To be true to yourself in the best way you know how, so that you may lead and make positive change. However, as a rangatahi with hormones and insecurities, this isn’t always the easiest thing to do. Sometimes we need a reminder of how important it is to be yourself, stand up, and stand out. I want to talk about three men who did just that, and changed their communities and worlds.

The man you may not have heard of if you’re young is actually one of the most famous New Zealanders. Michael Joseph Savage. He went completely against his opposition and the general feeling of the upper class at the time to provide New Zealanders with a better quality of life and to serve the people. Savage was born in Australia to a poor family in 1872 and came to Aotearoa in 1917 to be a brewer. He joined unions and rose through the ranks, becoming Labour leader in 1933. He faced personal attacks from his own party, the National Party, Australians, the British, and the media. However, he stayed true to his ideals, and to doing his best to serve the New Zealand public.

Savage introduced superannuation for over 65s, universal free healthcare, maternity care, and compulsory union membership. He implemented all this policy against the will of many. He did this because he cared for New Zealanders and knew he was right. He maintained the stance that Kiwis were entitled to “a reasonable standard of living in the days when they are unable to look after themselves”. To this day, the policies implemented by Savage remain the cornerstones of social welfare policy for developed nations.

My Pōua didn’t always get it right, but he stuck to his guns. He did things differently and that’s one of the reasons I look up to him like I do.

Muhammad Ali is another man who showed the impact of daring to be different. He personified masculinity and achievement – the heavyweight champion of the world! So in 1967, when he rejected the US draft to fight what we now know to be an unjust war in Vietnam, he gave many other young United States citizens the courage to say “no” and reject the army’s call. When asked what he thought of the war, Ali famously said: “I ain’t got no quarrel with them Viet Cong.” He cited his firm Islamic beliefs and his anger at institutionalised racism in America as reasons for him not going to the war. Ali paid dearly for his stance. He was stripped of his title, banned from boxing in the States, nearly sent to prison, and lost millions. But none of this weakened his resolve. He inspired many young Americans, particularly African Americans, to say “no” to the war and stick by their beliefs. “If he don’t go, we don’t go” became a very popular chant. By daring to be different, Ali changed the world’s mindset and has been heralded as the greatest sports personality of all time. Kua hinga te tōtara o te wao nui a Tāne. 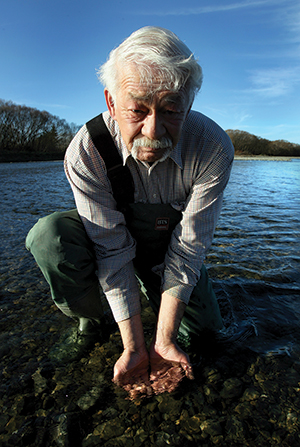 And finally, someone in my own life who inspires me is my Pōua Rik. Pōua Rik always did things his own way and never cared what anyone else thought. He behaved that way throughout his life. Sometimes it worked and sometimes it didn’t. For example, once
I walked into his office and saw him using the CD-ROM as a coaster for his coffee cup.

“Pōua,” I said “That’s for movies … not your coffee.” He looked at me, then back at his coffee.

An example of when it did work was in the court with the Crown lawyers during the Ngāi Tahu Claim. Negotiations between Ngāi Tahu and the Crown had frozen. Neither side was satisfied. So sitting there in the court, Pōua took his false teeth out and cleaned them. Naturally, the lawyers were shocked. He put them back in, looked up, and suggested that Ngāi Tahu should have the Right of First Refusal to any land the Crown may sell. The lawyers were still reeling. This was a completely new proposal. After some discussion, they agreed and the Claim was settled. That Right of First Refusal is one of the reasons Ngāi Tahu is the economic powerhouse it is today. My Pōua didn’t always get it right, but he stuck to his guns. He did things differently and that’s one of the reasons I look up to him like I do.

So I believe that when we dare to be different, to take the lead, we can change the world and our communities for the better.