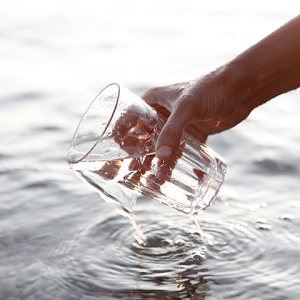 The saying many hands make light work, is fitting for Te Matatini 2015, as many organisations from around the Waitaha region are offering to support this year’s competition.

Environment Canterbury (Ecan), the Department of Conservation (DoC), and Christchurch-based charitable trust, Greening the Rubble have all generously offered to provide different resources for the event.

Over the course of the festival, Ecan will provide festival-goers with free drinking water. Manaia Cunningham (Ngāi Tahu – Ngāti Huikai), strategy advisor at Ecan, says they were able to speak with the Waitaha hosts and get a feel for what they needed and water was definitely a priority.

“Giving water to our visitors and to people at the event is key and it’s not just water, it’s good quality water – clean, cool and refreshing. It also supports the kaupapa of being really healthy at a no-fizzy drink, no-alcohol event , he says.

Manaia adds that City Care in Christchurch will provide one large tanker, which will hold the water and Ecan will provide good quality cups and 1500 pre-filled water bottles for competitors, judges and kaumātua .

DoC will help dress areas of the venue with a variety of native plants from the Motukarara Conservation Nursery in Christchurch. Doc Pou Tairangahau (strategic iwi relations manager), for the north-west South Island region, Barney Thomas says there will be a number of local DoC staff who will volunteer during the festival.

“It’s been about coordination. The logistics of moving the plants are huge– we’re pulling in resources from all over the place,” he says.

Barney (Ngāi Tahu – Ngāti Irakehu), has been in communication with Nicky Robb, who is the senior ranger in biodiversity at Motukarara Conservation Nursery. 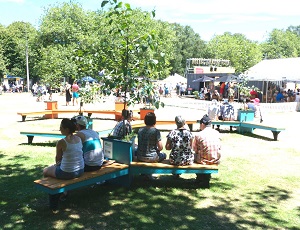 Seating by Greening the Rubble will liven up the Te Matatini venue.

“The seeds were collected in summer and they were sown in spring. We’ve potted them and we’re trying to grown them on to a decent size, as some of them will be going on display; hopefully they will all be ready at the beginning of March,” says Nicky.

She says the native plants – flax, hebe, karamu and raureka -will help make the venue green and more natural looking. In addition, Greening the Rubble will be providing a modern seating arrangement, much like the one that was used at the World Buskers Festival in Christchurch this year.

Greening the Rubble site coordinator, Sarah Campagnolo says there will be 18 benches in total and each bench can seat around three people.

“We’ve designed them to be really easy to set up – they are made to be used at festivals like Te Matatini.”

She estimates around three Greening the Rubble volunteers will be needed at the venue and it will take them around three hours to set up.

“We want our seats to be used and enjoyed by everyone .”

Hosts of the event, the Waitaha Cultural Council are grateful for all the assistance and support they have received from local organisations and community members. They’re looking forward to a spectacular event that the whole community can enjoy.