Manawa Nui – the beginning of a journey 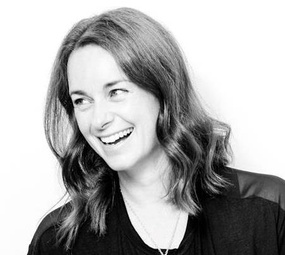 When Meg Matthews won a place on the 2015 Ngāi Tahu Manawa Nui programme, it signalled a journey of personal discovery and a positive start to a career in governance.

“I feel privileged to be given the opportunity to join the Cawthron board,” she says.
“The Cawthron organisation is an exciting story of history, vision, leadership and ground-breaking scientific research that benefits the primary industries of New Zealand.”

Meg’s personal journey though, began more than a decade ago when her mother, Suzanne Sanderson became interested in genealogy and discovered that the family had whakapapa connections to Te Rau Aroha Marae in Bluff.

“I was not brought up as Māori so this is a new journey for me and I have a lot to catch up on,” she says.

“But the Manawa Nui programme gives me the chance to gain on two fronts – to learn more about my Ngāi Tahu heritage and to receive mentoring from a governance perspective. The Ngāi Tahu Property directors have extensive governance experience which they’re willing to share with me.”

Much of Meg’s previous career experience has been within the tourism industry. She began work as a qualified accountant for Deloittes in Auckland in 1994 before switching to Air New Zealand, where, over a 13-year period she held a number of different positions in corporate finance, HR and marketing, culminating in head of marketing for Australasia.

When the opportunity to combine creative and commercial interests presented itself, Meg jumped at the chance and became chief executive of the World of Wearable Art. She shifted to Nelson with her husband and two primary school-age children and spent two years working on international strategy for the organisation.

Now, as part of Manawa Nui, Meg is focussed on her governance career and is excited about the possibilities the two-year programme offers.

“You’re never too old to learn and I’d like to find out more about my heritage, and learning te reo Māori is an important part of that.

“I’ve been inspired by my involvement with Ngāi Tahu so far. There are some impressive people within the iwi and I’m excited to learn from them. Everyone has been incredibly welcoming to me, true to the Ngāi Tahu values of whanāungatanga ,” she says.