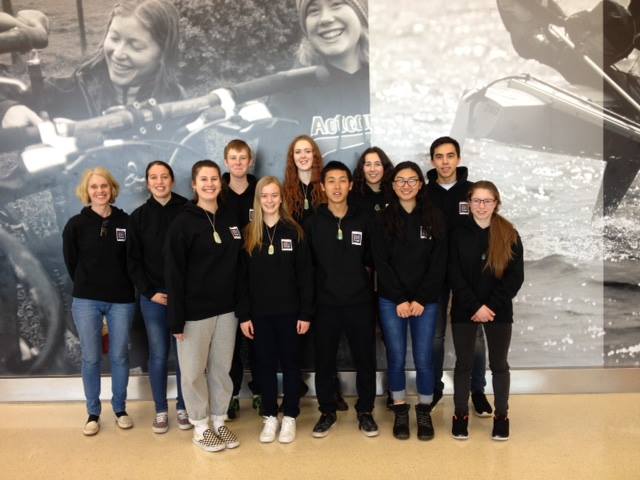 2016 Youth Ambassadors. Materia is in the back row second from the left. Photo courtesy of: http://www.sharedhistories.com/

Materia Hutana has been given a once-in-a-life time opportunity to represent New Zealand as a youth ambassador at the 100-year commemoration of the Battle of Somme in France.

Materia (Kai Tahu, Kahungunu, Nga Puhi) says she is honoured and nervous at the opportunity.

“When I found out, I was trying not to show any emotion, but I couldn’t hold it in and I started jumping up and down in class,” she says.

The Battle of the Somme was a battle fought by the armies of the British and French empires against the German Empire in World War I. The battle took place from 1 July till 18 November 1916 at the upper reaches of the River Somme in France and more than one million men were wounded or killed at the battle.

Materia was one of ten senior high school students selected by the Shared Histories programme (a non-government organisation aimed at raising awareness about the contribution of the New Zealand Division who fought on the western front during WWI) to represent New Zealand at the commemoration.

“Shared Histories has been great at supporting me and I have also received sponsorship from the Christchurch Returned Servicemen’s Association (RSA) and the New Zealand Cadet Forces. I am really thankful for their support,” she says.

Materia’s mum, Irihapeti Bullmore (Kai Tahu, Kahungunu, Nga Puhi), says the whānau has been on a mission to learn more about the battle since Materia was selected.

“We were looking through a box belonging to Materia’s pōua and we found a photo of a comrade of his father Percival Clark, from the Kaiapoi inventory, who passed away at the Battle of Somme,” says Irihapeti.

“Since finding that we have been on a mission to learn more. The whole whānau are really excited for Materia and we wish we could go too,” says Irihapeti.

Materia found out about the programme through her French teacher at Cashmere High School and is very thankful for the support of her school.

On her trip Materia will visit France and Belgium.

“While we are away we will have host families and I am very nervous about speaking French the whole time,” she says.

Materia is in her fourth year studying French and it is something she plans to continue when she goes to university.

“I have a real passion for languages and I want to study French, te reo Maori and Japanese at University,” she says.

Once Materia returns, she will write a report on the effects of post-traumatic stress on soldiers.

“I chose to write about this because when soldiers return they look good on the outside but on the inside it can be very different,” she says.

Materia has also asked the RSA if she can lay wreaths on soldiers’ gravestones in France and has the endorsement of the TS Godley Navy to be part of the formal ceremony wearing her Sea Cadets uniform.