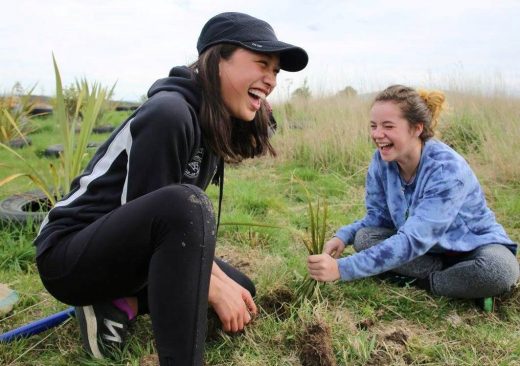 The Ngāi Tahu Fund recently announced a new funding initiative, Taiawatea, which aims to recognise rangatahi who are keen to develop and express leadership in Ngāi Tahutanga.

“The idea of this new funding came from recognising rangatahi development as a top priority for the iwi. Currently 23% of our total enrolled members are aged between 13-25, that’s a large proportion of our iwi. Investing in our rangatahi now will positively impact our iwi in the future.” says Lisa Tumahai, Interim Kaiwhakahaere, Te Rūnanga o Ngāi Tahu.

The inspiration behind the name of this fund came from one of the  Ngāi Tahu Funds Committee board members, Piri Sciascia. In his words, “Our rakatahi are the tide of the new day – Te Tai Awatea. For Kāi Tahu, Taiawatea is ever  the new dawning tide, as is the taiahiahi the ever nightfall tide, representing incoming and outgoing generations of our people.”

Last year, three rangatahi were recognised for their efforts at a regional Ngā Manu Korero (Speech) competition and selected to be part of the pilot round of Taiawatea funding. The funding supported their travels to Ngā Manu Kōrero National Secondary School competition held in late September, which was hosted by Te Reo o Te Tai Tokerau.

“We aim to encourage more rangatahi to utilise the Taiawatea Fund. The awesome thing about this funding is that it is inclusive, in the way that both registered rangatahi and Ngāi Tahu-associated groups are able to submit applications to our committee, says Lisa.

Tumai Cassidy, one of the three selected for the pilot round said,  “My kōrero nationals focused on the efforts made not only by our Kāi Tahu tīpuna but throughout Māoridom. I spoke about my aspirations for the future and the legacy I wish to leave for any future mokopuna.”

Tumai proudly delivered his Ngā Manu Kōrero speech in the Kāi Tahu dialect on a national stage, and he hopes to do that again in the future.

The Taiawatea Fund is just one of the funds that have been developed to help strengthen and grow Ngāi Tahu culture. There are other funding initiatives including the Mahinga Kai Enhancement Fund, the Taurahere Fund and the Marae Development Fund.