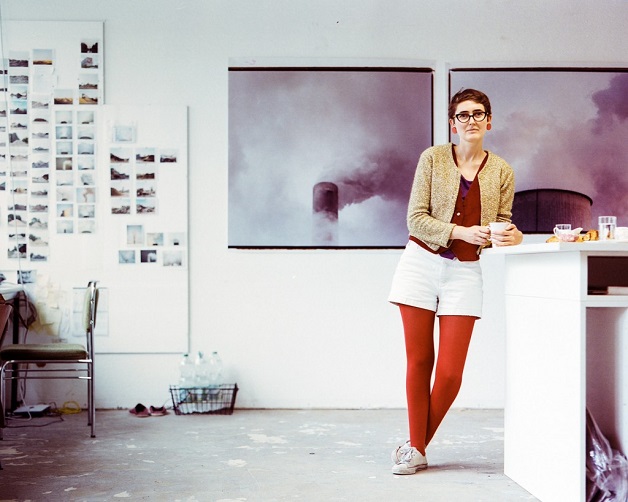 Conor Clarke in her previous studio in Berlin. Photograph by Michael Dooney.

Berlin-based Ngāi Tahu photographer, Conor Clarke will be the 2015 artist-in-residence at Waitawa Regional Park, in Auckland in October.

This will be a return home for Conor, 33, who grew up at Clarks Beach in rural south Auckland. She will spend eight weeks in a cliff-top bach in the park and she is looking forward to the opportunity to create a new body of work in her home city, close to her family.

Conor affiliates to Mangamaunu Marae, just north of Kaikōura. Her grandmother, Marion Boyles (nee Jacobs) came from the region and she is buried next to Conor’s grandfather, Clifford Boyles, at Mangamaunu. Conor visited the marae and burial site on her last visit to New Zealand in 2014.

Although she won’t have time to travel south to explore her takiwā during her residency, Conor touched on the region in a recent photographic project, “In Pursuit of the Picturesque: Observations from New Zealand, 2013-2014.”
“I hope to find an opportunity to revisit the south to learn more about my whakapapa at some point. In the meantime, I am focussed on producing a body of work at Waitawa that incorporates my core interests and that I will exhibit in both New Zealand and Germany.”

Conor kick-started her international career in Berlin six years ago, after she graduated from Elam School of Fine Arts, Auckland University with a Bachelor of Fine Arts, majoring in photography. 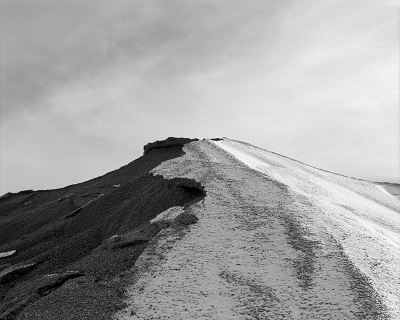 Peak I, Berlin 2014 from “Scenic Potential” by Conor Clarke.

“Photography just sort of happened by chance. I took a short workshop at university to learn how to use a camera and I haven’t touched a paintbrush since. Like painting, photography allows you to create images of almost anything – you only have to find the subjects first; its origins lie in the real world and in the thrill of the pursuit.”

Much of Conor’s recent work is spare, stark and sublime. She is intrigued by mundane, traditionally unspectacular industrial sites, as well as by scenes that align with the picturesque ideal.

“I experiment with ways of viewing both the familiar and the strange within both natural and urban environments. We can find beauty and ugliness in both – it’s all about associations with place, or the mind-set with which one sees it,” she says.

“I’m a collector (it comes with the photographic territory). I always set out to pursue specific objects but I find many new directions along the way. Sometimes my process is analogue from start to finish, other times I scan and digitally manipulate works. I like that photography affords this kind of grey area between the real and the imagined that is not always immediately apparent.”

Waitawa Regional Park offers her a range of material to work with.

“There’s evidence of Māori occupation, defence and industrial use, not to mention the vistas across Hauraki Gulf. I’ll have plenty of material to work into compositions while I’m here. It’s going to be a busy and productive two months,” she says.