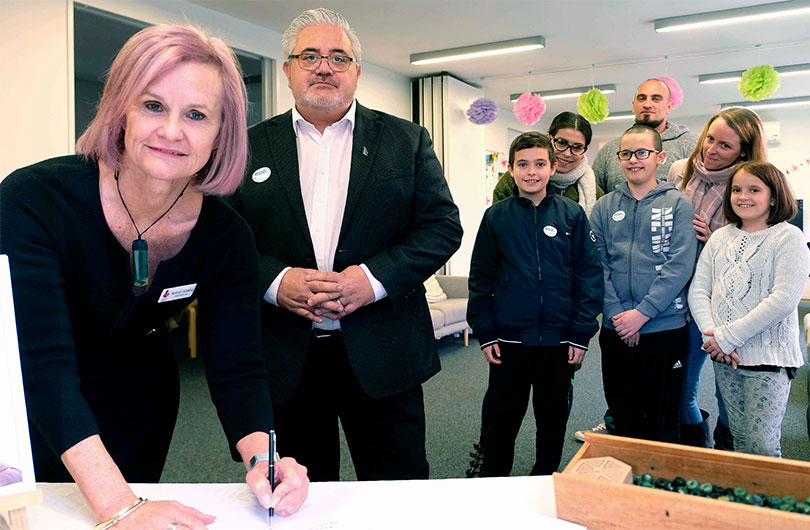 Ngāi Tahu Pounamu Ltd. and the Child Cancer Foundation have signed a Memorandum of Understanding today which builds on the relationship the two organisations have enjoyed since 2015.

The pounamu bead is the first Bead of Courage® a child receives when they are diagnosed with cancer. Each bead represents a treatment, an experience or milestone which occurs while they receive treatment.

Ngāi Tahu Pounamu has increased the number of beads it donates to the foundation from 200 to 300 a year. The organisation will also donate several unique pounamu art pieces for auction at various Child Cancer Foundation events to help raise funds.

A number of the pounamu art pieces will be auctioned at the foundation’s upcoming Sparkle for Hope Ball & Gala Dinner on 10 August. One of the items expected to generate a lot of interest is a sculpture named Waitaiki, known to Ngāi Tahu as the mother source of all pounamu. Waitaiki is the work of Ngāti Waewae carver Turi Gibbs and is carved from a stunning piece of Kawakawa pounamu resting on a piece of natural driftwood.

“Pounamu is a taonga of great spiritual and cultural significance to Ngāi Tahu,” says Francois Tumahai, Executive Director of Ngāi Tahu Pounamu. We know that the beads are treasured and provide encouragement to each child and their family. We hope the art pieces will also help the foundation raise much-needed funds.

“This agreement deepens our commitment and helps formalise our partnership with the Child Cancer Foundation. We’re looking forward to a long and meaningful relationship which will support the foundation in their endeavours to help children and their whānau.”

In a separate presentation leading up to the MoU, Te Rūnanga o Ngāi Tahu Kaiwhakahaere Lisa Tumahai presented a pounamu bead to 12 year-old Caleb Wright who also attended the signing with his whānau. Caleb was diagnosed with a brain tumour in 2016. He has undergone numerous procedures and became a National Child Cancer Foundation Ambassador in 2019.