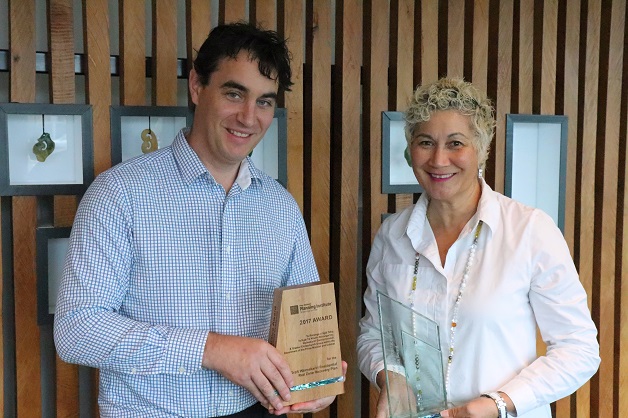 “The Nancy Northcroft Award is the New Zealand Planning Institute’s supreme planning award and it is not given every year, so it’s a real honour to receive it,” says Aaron.

Te Ngāi Tūāhuriri Rūnanga, Te Rūnanga o Ngāi Tahu, Waimakariri District Council and the Greater Christchurch Group within the Department of the Prime Minister and Cabinet, were all recognised as the key contributors to the plan.

The plan creates parks and reserves, walking and cycling links, community facilities, mixed-use business areas, roads and infrastructure in areas red zoned in the Waimakariri district after the Canterbury earthquakes.

The plan also creates provisions for a dedicated heritage and mahinga kai area, and for managing land as part of the existing Tūhaitara Coastal Park, which includes Tūtaepatu Lagoon, just north of Christchurch.