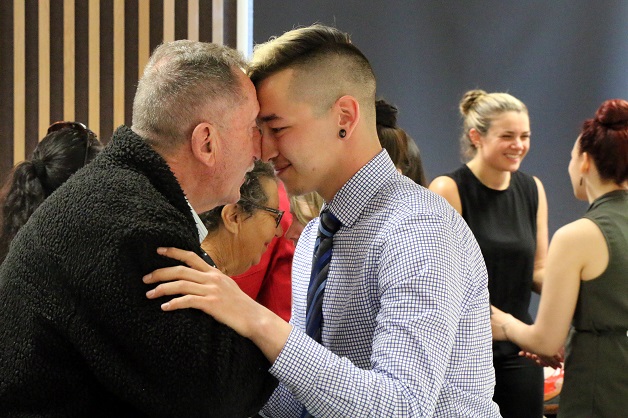 In late April a group of Inuit college students from Canada’s Arctic visited New Zealand to meet with Ngāi Tahu to share cultural and historic experiences.

Kristen Ungungai-Kownak, one of the visiting Inuit students said that the idea for the trip was for the class to travel and meet other indigenous groups so they could build connections.

“These trips allow us to make connections even though we are on the other side of the world and we realise that sharing with other cultures will lead to better development of ourselves and our understanding of our own and other societies,” says Kristen.

During their visit, the students were hosted by Ngāi Tūāhuriri for three nights and by Te Runanga o Kaikōura for one night.

The students also went to Wairewa marae. While at Wairewa they met the rangatahi who were participating in the Ngāi Tahu youth initiative, Manawa Hou.

At Te Whare o Te Waipounamu, the visitors heard presentations from the Whakapapa unit, Whai Rawa, the Ngāi Tahu Archives team and the Ngāi Tahu Fund. These were designed to give the Inuit students an understanding of the activity Te Rūnanga o Ngāi Tahu undertakes for its iwi.

In return the students shared their ethnic history, songs and language, and demonstrated their traditional throat singing.

One of the students, Robert Adam Akpik said the key to the trip was learning from each other.

“In New Zealand we want to learn from Māori and share our history both politically and culturally, which this visit has helped us to do,” he says.

The following video shows the Inuit college students singing a traditional song that translates to ‘our land our future’.