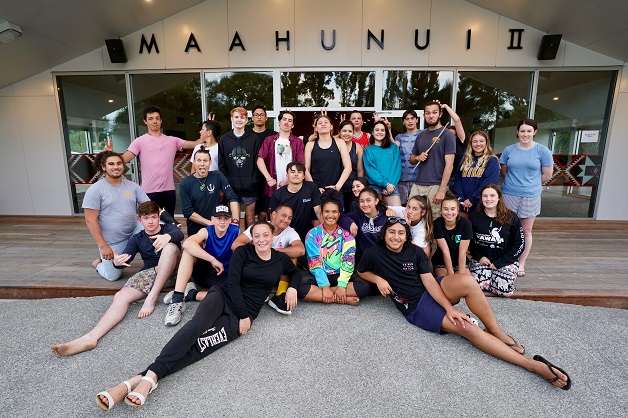 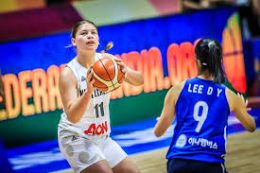 Paris aims a shot while playing for New Zealand.

The triple international has this year competed in the New Zealand under 16 water polo, New Zealand under 17 basketball and Aotearoa Māori netball teams. Paris has kept a hectic schedule, but that hasn’t stopped her capping off 2017 to take time out to connect with and celebrate her Ngāi Tahu heritage.At the start of December Paris participated in the Manawa Hou hīkoi ki Tuahiwi, an opportunity for Ngāi Tahu secondary school students to learn about their culture and walk in the footsteps of their ancestors. During her three days on Manawa Hou, the confidence and character she has developed as a national representative were evident.

The 16-year-old student of Queen Margaret College in Wellington says that there is no secret to her sporting success. “Talent will only take you so far,” Paris says confidently . “If you want to be successful it takes a lot of hard work.” Representing New Zealand is a special privilege, she says. “You have so many emotions when playing for your country. It’s exciting to show people around the world how I play.”
Paris’ positive attitude and work ethic are fostered by her parents. “My dad, Lua Lokotui is a professional rugby player, he knows how to work hard so pushes me and my younger siblings to work hard.” 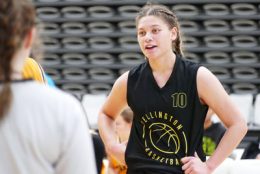 Paris in action for Wellington.

Competing for her country has allowed Paris to travel internationally to participate in tournaments – travelling to Fiji for Māori Netball and India for basketball in 2017 . Her efforts at the U17 Women’s Asian Championship in India helped New Zealand to qualify for the under 17 Women’s FIBA World Cup next year. 2018 is going to be a busy year for Paris, starting with the Netball New Zealand National Development Camp and the Aotearoa Māori Basketball Nationals – both held in January. These camps and tournaments are an excellent way for her to develop a well-rounded skillset and take a step closer to her academic and sporting goals. “I want to get a basketball scholarship overseas, America would be amazing. I think I would like to study Law and Commerce while I’m there.”

Paris Lokotui is an incredibly talented young woman with a bright future. Her whānau has kept her grounded and she remains humble and dedicated to her calling, in the pool and on the court. Her commitment to engage with her culture and aim for academic excellence will continue to open doors for her as she navigates some very busy senior years at Queen Margaret College – Kia kaha, kia māia kia manawa nui e hine!