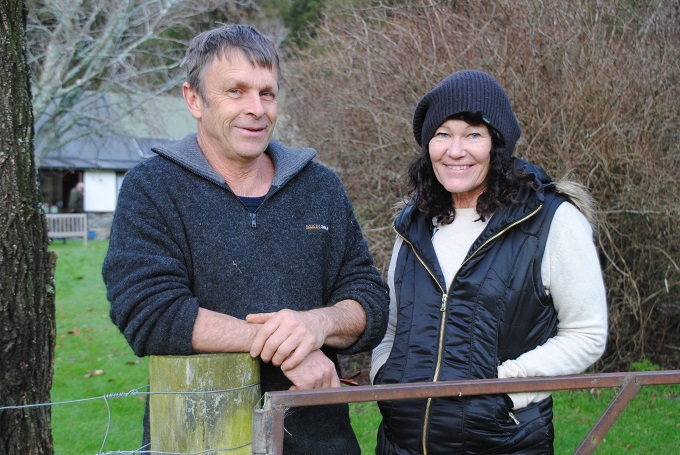 The day I pulled into the driveway of Routeburn Station, it was pouring with rain and Anne Percy was heaving a laden wheelbarrow filled with gravel. She was drenched.

As it turned out, it was just another day on the Ngāi Tahu high country stations at the head of Lake Whakatipu and for Anne and her husband Stu, managing the land in this dramatic part of Te Waipounamu goes hand in hand with climatic extremes.  With an annual rainfall between 1500-2500mm, there is no time to sit around waiting for the sun to shine. Life goes on, farming goes on.

“We had 416mm rain from May-June – that’s around the average annual rainfall for Canterbury,” says Stu.

“It’s just part of life here, especially in winter. It’s a challenging lifestyle and nothing is easy but there’s no part of farming here that I don’t love.”

As managers of the Ngāi Tahu high country stations, Stu and Anne work the three stations – Greenstone, Elfin Bay and Routeburn – as one farming unit. It’s a total of 36,000 hectares of steep, challenging, unforgiving country that is largely worked on horseback.  Parts of the property are even too steep for the horses, which means Stu, Anne, their right-hand-man Tim Morris and any contract workers need to be fit.

Located 1-2 kilometres west of the Dart River, the combined properties run 600 Angus-Hereford cross cattle, 6,500 Dale ewes and replacements and around 100 red deer. The challenge of managing this large, combined high-country station has been entrusted to the Percys since Ngāi Tahu took ownership in the late 1990s, although they began their management role of Greenstone Station back in 1982 for a previous owner, who sold to the Crown five years later. 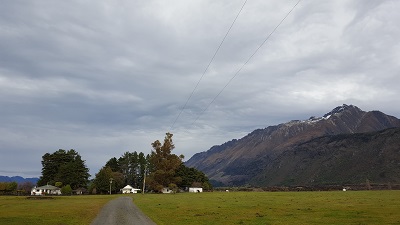 The Greenstone Station homestead where Stu and Anne first lived when they arrived in the high country over thirty years ago.

(The three high country stations were bought on the open market by the Crown in the early 1990s at the request of Ngāi Tahu, and placed in the Land Bank for use in the Ngāi Tahu Settlement).

When Stu and Anne arrived at Greenstone in 1982, they were in their early twenties and enthusiastic about starting their first farm management role. Stu had been brought up on a farm in North Canterbury and had completed a Diploma of Agriculture and a Diploma in Farm Management at Lincoln University. Anne, also from a farming background, in Otago, had come from a career in banking.

It was a beautiful summer day when they first arrived at Greenstone, ten kilometres from Kinloch and they had no idea of what lay ahead of them – the fact that there was no power (only a generator), that the gravel road into the station had up to 25 water crossings to negotiate during the winter, that cooking would be done on a coal range, or that Anne would have to teach their children by correspondence.

Over thirty years on and now based 20 kilometres ‘closer to civilisation’ at Routeburn Station, Stu and Anne are no less enamoured with the high country lifestyle.

“There are not many places like this left in New Zealand now and while it’s always challenging, the place gets under your skin,” says Stu.

From a farming perspective that challenge extends to the impacts of extremely high rainfalls – “when major rainfall is predicted, our first concern is to move all the stock to high ground, well clear of the flood paddocks near the river; and we often get snow falling to the bush line.” 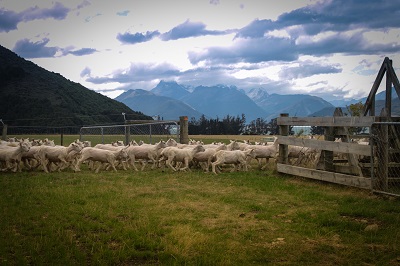 “There’s a fascination about the high-country life and we have a waiting list for people who want to experience it – especially the muster,” says Anne.

“The key is finding people who are competent horse riders, who don’t mind spending time in our remote huts, cooking their meals on a fire after a long day riding.”

The muster requires a powerful pack of dogs – and an ability to work them. The Percys keep 10-12 horses in work all the time and up to 18 Huntaway/heading dogs, often more during a muster. And when up to 250 sheep need to get across a narrow swing bridge high above a river, the team has to coordinate with precision, often making sure tourists stand aside.

“This is a remote area but by virtue of that, many tourists, trampers, fishers and hunters want to come here. Making sure our stock remains undisturbed and well away from populated areas now takes up a lot of our time,” says Anne.

After receiving title to the three high country stations, Ngāi Tahu gifted the mountain tops to the nation in recognition of their conservation values. The bulk of the remaining area of bush, mountain lands and the huge Maroroa Valley – comprising about 90% of the total area are leased back to the Department of Conservation in perpetuity, at a peppercorn rental for conservation purposes. Ngāi Tahu retains a right to veto any commercial activities on these lands. 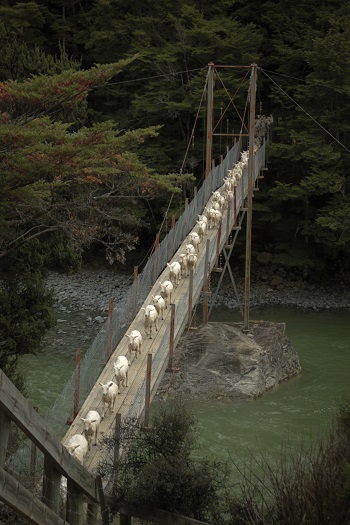 Everything is harder in the high country – even the sheep have to cross swing bridges during the muster.

“Tens of thousands of trampers are in the area over summer to walk the Routeburn and Greenstone-Caples Tracks; and if it’s fishing season and certain licences have been granted, I have to make sure the stock is well away from lakes and rivers on our land,” says Stu.

The couple also liaises  with the Department of Conservation on visitor movements, track maintenance, possum control, boundary fencing and Operation Ark, a Mōhua-protection scheme that operates on the stations.

There is no doubt that a refined ability to multi-task is a key factor in why the Percys have been successful high country managers for over three decades  but it is also a lifestyle that takes grit and commitment.

“We originally came here with a plan to stay three years. Over thirty years on, we’re still here. That helps explain how the high country gets under your skin,” says Anne.

“A lot of people think it’s an isolated life but it’s definitely not – we’re meeting people from all over the world on a daily basis; and even after all this time here, every now and then when you’re working in this amazing landscape, the scenery will catch you and take your breath away.

“Whenever we go away, we’re always glad to come back.”