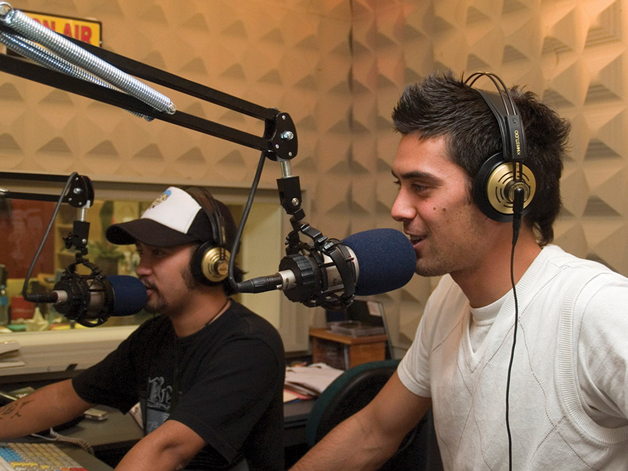 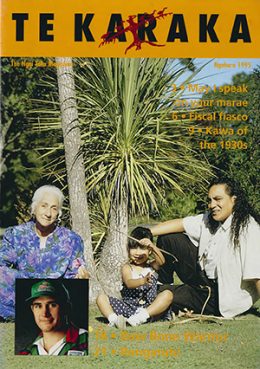 In 1991, Tahu FM began broadcasting, and the station soon became an icon of Ngāi Tahu identity, sharing our stories, playing our music, and speaking our reo live on air throughout Te Waipounamu. In 1995, the publication of the first issue of TE KARAKA created yet another way to connect with whānau and continue a long history of storytelling.

Prior to settlement, legislation such as the Treaty of Waitangi (Fisheries Claims) Settlement Act 1992 and the Ngāi Tahu (Pounamu Vesting) Act 1997 allowed us to reassert rangatiratanga over the resources within our takiwā. 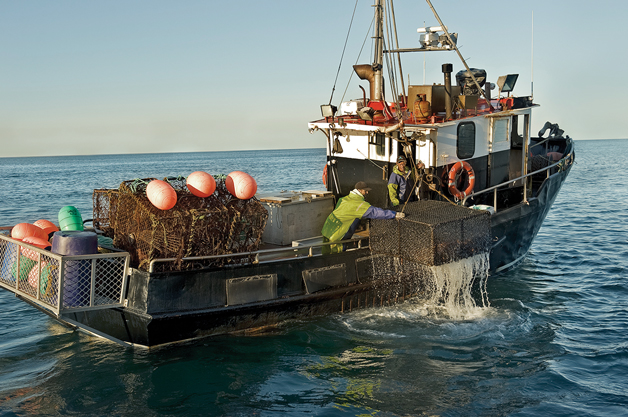 And at long last, in 1997, the Ngāi Tahu Deed of Settlement was signed at Takahanga Marae, bringing generations of grievance to a close as we turned to the next stage of our tribal journey. The settlement package offered us a range of resources and tools that allowed us to reassert our Ngāi Tahu identity and create a prosperous future for our people.

Te Tapuae o Rehua was established in 1998 as one of the first Te Rūnanga o Ngāi Tahu initiatives to promote security and empowerment for iwi members. This organisation represents a collaborative partnership between Te Rūnanga o Ngāi Tahu and education providers throughout Te Waipounamu. They are committed to increasing Māori participation in tertiary institutions, and offer opportunities for whānau members in higher education, trades, and agriculture.

In 2000, after extensive consultation with kaumātua, Ngāi Tahu whānui, and Papatipu Rūnanga, Te Rūnanga o Ngāi Tahu created Ngāi Tahu 2025. This is a vision document which outlines our tribal aspirations, and since its creation it has acted as a tribal map, guiding the iwi towards empowerment and the realisation of our dreams. 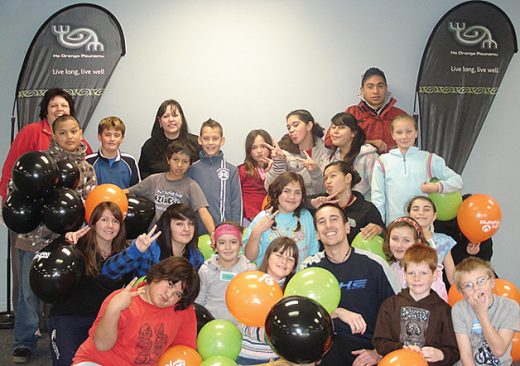 In keeping with the goal of increasing wellbeing, He Oranga Pounamu Charitable Trust (HOP) was also established in 2000, under mandate from Te Rūnanga o Ngāi Tahu. Over the next 14 years HOP organised and integrated health and social services for Māori in the Ngāi Tahu rohe. In 2015 the decision was made to disestablish HOP in favour of empowering Papatipu Rūnanga to deliver these services within their takiwā.

2002: Taurahere groups are established in Auckland, Tauranga and Hamilton. 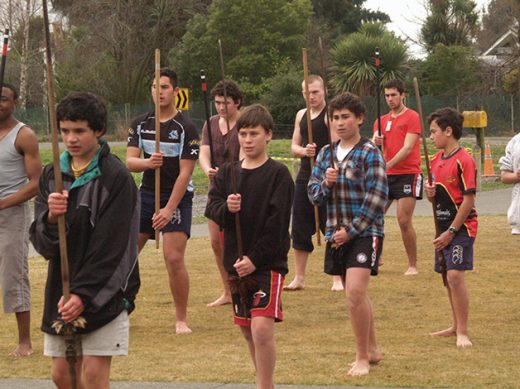 In 2003, Kotahi Mano Kāika was created to lead the reinvigoration of te reo Māori in our Ngāi Tahu homes here and overseas. Kotahi Mano Kāika, Kotahi Mano Wawata (0ne Thousand Homes, One Thousand Aspirations) represents a 25-year strategy which aims to have at least 1000 Ngāi Tahu households speaking te reo Māori by the year 2025, supported by an extensive range of language initiatives and resources for learners of all levels. 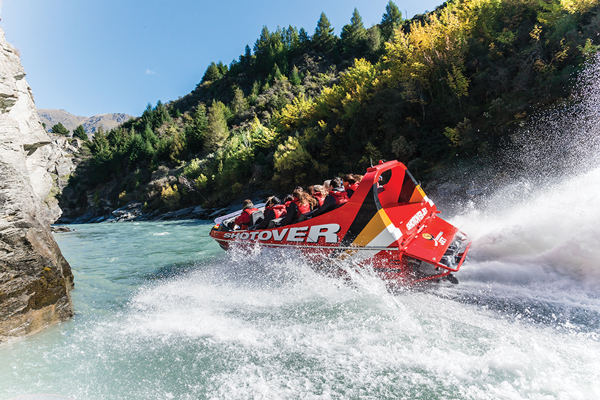 To date more than 1500 whānau are registered with Kotahi Mano Kāika as part of their learning journey, and a further 50 of these whānau have committed to normalising and using te reo Māori as the language of first choice in their homes.

In 2006, Te Rūnanga o Ngāi Tahu launched a range of programmes that offer opportunities to whānau in all aspects of their lives. Whai Rawa, the iwi savings scheme, enables members to receive annual distributions as well as matched savings that can be withdrawn to cover the cost of tertiary education, to purchase a first home, or to create a more comfortable retirement.

In the same year, programmes such as Ngāi Tahu Funds and Aoraki Bound were launched to strengthen our Ngāi Tahutanga.

Ngāi Tahu Funds was created to allow whānau to build cultural knowledge and revive traditional practices such as weaving, carving, and mahinga kai. Individuals or whānau groups can apply for funding for projects that help them to connect with their cultural identity – anything from learning more about their individual whakapapa, to hosting wānanga to restore knowledge to the wider community, to running environmental revitalisation projects.

Aoraki Bound was developed in partnership with Outward Bound. Over the course of 20 days, participants are immersed in the landscapes and histories of Te Waipounamu, walking in the footsteps of our tupuna, and learning more about their Ngāi Tahu identity. 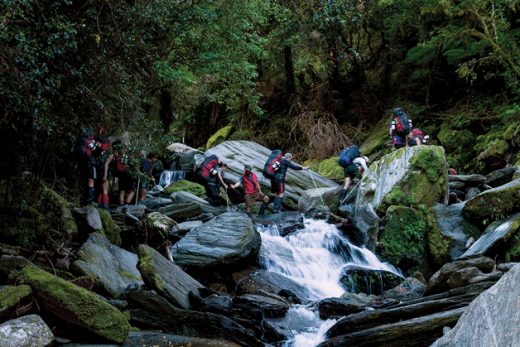 2007: Whai Rawa makes its first annual distribution of $125 per person.

The Murihiku Development Pool was established in 2008 in acknowledgement of the tribe’s traditional relationship with the ocean and its kaimoana, creating opportunities for a new generation of Ngāi Tahu fishers. Ngāi Tahu Seafood hopes to form enduring relationships with Ngāi Tahu whānau members by offering mentoring and support. 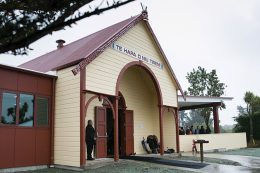 In 2011, the Marae Development Fund was created out of recognition that the 18 Papatipu Marae are the beating hearts of their communities, working to keep our whānau connected and our culture alive. This fund allows Papatipu Rūnanga to develop or even rebuild their marae, creating places that uphold the mana and traditions of our tīpuna, while supporting the daily functions of modern life. 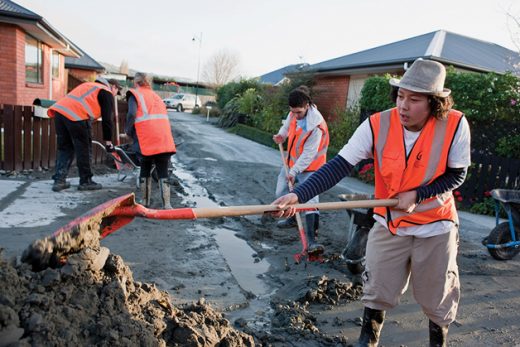 In September 2010 and February 2011, Ōtautahi was struck by the devastating earthquakes that changed the landscape of the city forever. But although the earth shook, our manaaki and resolve remained steadfast as the iwi threw itself into the recovery and rebuild. In March 2011 the Canterbury Earthquake Recovery Authority (CERA) was created, and Te Rūnanga o Ngāi Tahu was given statutory acknowledgement that placed them on equal footing in the steering group with the Christchurch City Council, the Waimakariri and Selwyn District Councils, and Environment Canterbury.

In 2012, Te Rūnanga o Ngāi Tahu staged its inaugural Hui-ā-Iwi at the Lincoln Events Centre, hosted by Te Taumutu Rūnanga. Whānau travelled from throughout the country for the three-day celebration of Ngāi Tahutanga, which has since been held biennially.

Te Pūtahitanga o Te Waipounamu, the Whānau Ora Commissioning Agency, was established in 2014 by the nine iwi of the South Island. It is the realisation of an iwi-led model that invests in flax-roots innovation to bring about positive change for whānau. 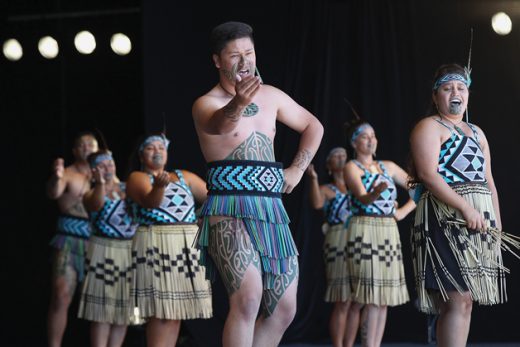 In March 2015 the Waitaha Cultural Council hosted Te Matatini, the national kapa haka competition, in Ōtautahi with the support of Te Rūnanga o Ngāi Tahu. This is the largest celebration of traditional Māori performing arts, and was an amazing opportunity to showcase our Ngāi Tahutanga and manaaki by welcoming crowds of over 30,000 people. 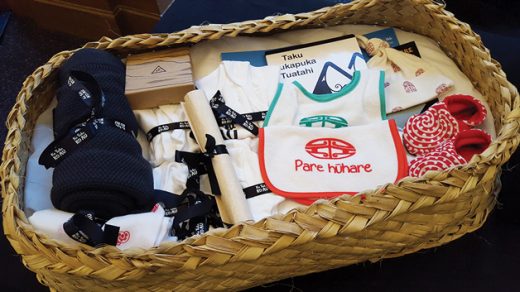 In November 2015 Te Rūnanga o Ngāi Tahu introduced the pēpi pack, a resource provided to all registered Ngāi Tahu pēpi to connect them to the iwi from birth. The pack consists of a flax wahakura fitted with mattress and blankets, and contains items including a whakapapa scroll tracing the baby’s ancestry, and a piece of pounamu. 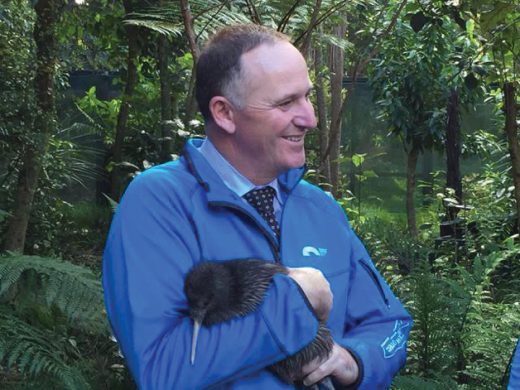 On Christmas Day 2015 the 1500th kiwi chick was hatched at Ngāi Tahu Tourism’s Rainbow Springs in Rotorua. The chick, named Mighty Dash, marked a significant milestone in kiwi conservation and the ongoing effort in ensuring that this taonga species continues to thrive.

In 2015, Tribal Economies was launched to assist Ngāi Tahu whānui to launch their own businesses and allow the iwi to prosper at a greater rate by developing and trading within our own unique economy.

At the beginning of this year, the Shared Equity Housing Project came to fruition when the first whānau moved into their new homes. Smaller mortgages and lower repayments, thanks to shared equity with Te Rūnanga o Ngāi Tahu, make home ownership a reality for whānau.

All this has happened in the last 20 years. We have much to be proud of, and much to look forward to. 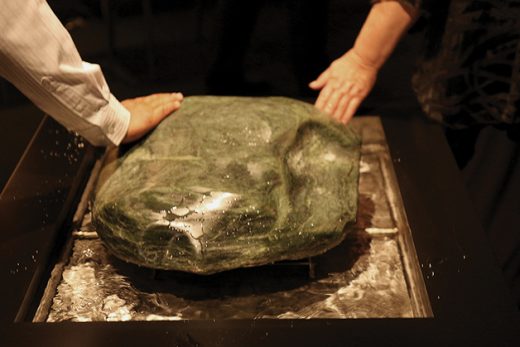 Now, 20 years on from Settlement, our commercial portfolio has grown to over $1.3 billion, with careful stewardship of assets ranging from shares in Ryman Healthcare to ownership of several iconic tourism businesses, diversified farming operations, property development and investment, and premium seafood products. These assets have been crucial in allowing Te Rūnanga o Ngāi Tahu to develop the range of programmes and initiatives described. These programmes and others all aim to fulfil tribal aspirations of empowerment and success for Papatipu Rūnanga, hapū, whānau, and individuals.

Our journey is just beginning, and our vision is to continue raising the horizon of opportunity for our whānau, helping them to achieve the culturally rich and bountiful future our tīpuna dreamed of. 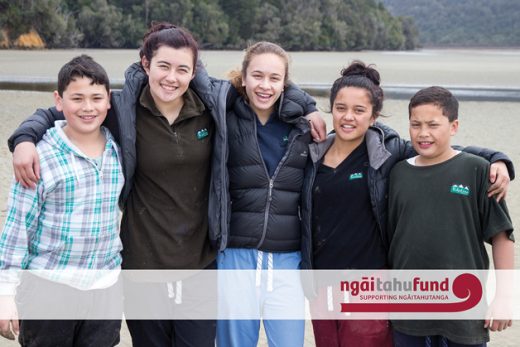