For many years the Tītī Islands off the coast of Rakiura have been a hard-won sanctuary for our taonga species, thanks to the efforts of a group of dedicated Ngāi Tahu whānau who have been working to safeguard these islands from the predators that threaten our rarest and most endangered wildlife.

Predator Free Rakiura is the ambitious next step in the fight to protect these species, with stakeholders travelling to Rakiura in July to sign a Memorandum of Understanding (MOU) reflecting their commitment to ridding the island of predators. Kaituhi Anna Brankin reports. 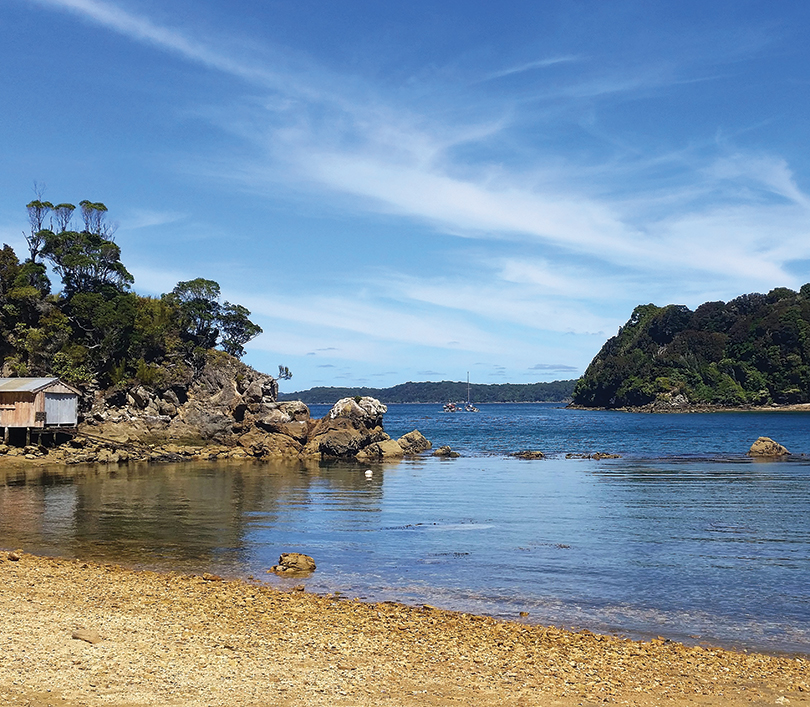 “The signing of the MOU sounds like an incredibly significant milestone, and it absolutely is – to get so many people to come together and commit to working through this courageous and aspirational challenge,” says Bridget Carter, project manager for Predator Free Rakiura. “But what was more amazing for me was how easy it was, because everyone really wants this to happen. The document itself and the event we held for the signing was just a public and positive expression of that commitment.”

The sense of positivity and goodwill towards this kaupapa was evident on a rainy Saturday morning in July when over a hundred community members, Ngāi Tahu whānau, and representatives of the various signatory groups gathered on Rakiura for the signing of the MOU – most of whom had travelled from the mainland especially for the event. Amongst this group was Conservation Minister Eugenie Sage, Department of Conservation (DOC) Director-General Lou Sanson, Southland District Mayor Gary Tong, and Ngāi Tahu rangatira Tā Tipene O’Regan.

“One of the things that’s really powerful about this project is that it’s a collective of all sorts of different groups,” Bridget says. “We have incredibly strong involvement from rūnaka and iwi, we’ve got all those arms of government, and then we’ve got representatives from the tourism industry, from the fishing industry, from the hunting community, and from the community of Rakiura itself.”

When Predator Free Rakiura was first established in 2012, it brought all of these parties together, and their individual and collective dream became one step closer to realisation.

“This project means different things to different people – but ultimately it’s the same vision,” says Bridget. “For some, it’s important for the island itself and the taonga that we’re talking about protecting – birds, bats, invertebrates, plants, and freshwater systems. Other people see it as an opportunity for sustainable eco-tourism that brings the benefit of a resilient economy to the island.

“For me, I’m an island resident with a young family, and I jumped at the chance to be part of a project that secures this place for future generations.”

“It would be a huge asset to us as Rakiura Māori and Ngāi Tahu if Rakiura became predator-free. Those Tītī Islands are the last remaining strongholds we have for our taonga species – many of which of course used to be found on Rakiura, and could be returned if the island becomes predator free.”
Tāne Davis Rakiura Tītī Islands Administering Body

Awarua Rūnanga representative Gail Thompson says this shared vision is the cornerstone of the collaborative approach this project needs. “When you sit down and share your aspirations, you click on pretty quick that everyone actually wants the same thing,” she says.

“It’s just about figuring out how to work together to get there.”

From the outset, the Predator Free Rakiura Leadership Group was very aware of the challenges they would face in getting community support for the project, developing a methodology, and raising the funds to implement it. They were also conscious of the fact that none of this would happen overnight.

“It is a long-term strategy,” says Gail. “But from a rūnaka perspective, from a Ngāi Tahu perspective, we’re not going anywhere. We’ve waited this long – we’re in it for the long haul.”

This sentiment is shared by the other iwi members on the leadership group – Stewart Bull and Tāne Davis, who represent the tītī community as the chairs of the Rakiura Tītī Committee and the Rakiura Tītī Islands Administering Body respectively.

“It seemed to us that this was a call to arms,” says Stewart. “It’s about creating that island sanctuary for our taonga species.

“We’ve got 70 per cent of the Tītī Islands predator free now, and the only reason we haven’t achieved a complete eradication is that we keep getting predators coming across from mainland Rakiura.”

The Tītī Islands consist of three chains of islands that lie off the coast of Rakiura. They are not permanently inhabited, but for generations, Ngāi Tahu whānau have been undertaking a yearly pilgrimage to the islands for seasonal harvesting of tītī. And, as Stewart says, these islands are vulnerable due to their proximity to Rakiura.

Tāne refers to recent rat incursions on Rukawahakura, an island off the south-east coast of Rakiura. “We did a successful bait drop and set up a network of trap systems, which has worked so far. There is still the odd incursion, but the trap network is working in defence of that,” he says.

“It would be a huge asset to us as Rakiura Māori and Ngāi Tahu if Rakiura became predator-free. Those Tītī Islands are the last remaining strongholds we have for our taonga species – many of which of course used to be found on Rakiura, and could be returned if the island becomes predator free.”

For Bridget, the kaitiakitanga demonstrated by the tītī community in their staunch protection of their islands is a welcome addition to the movement. “There’s an incredibly strong history of conservation and awareness of predator impacts, and of taking bold and decisive action to protect the treasures of those islands,” she says. 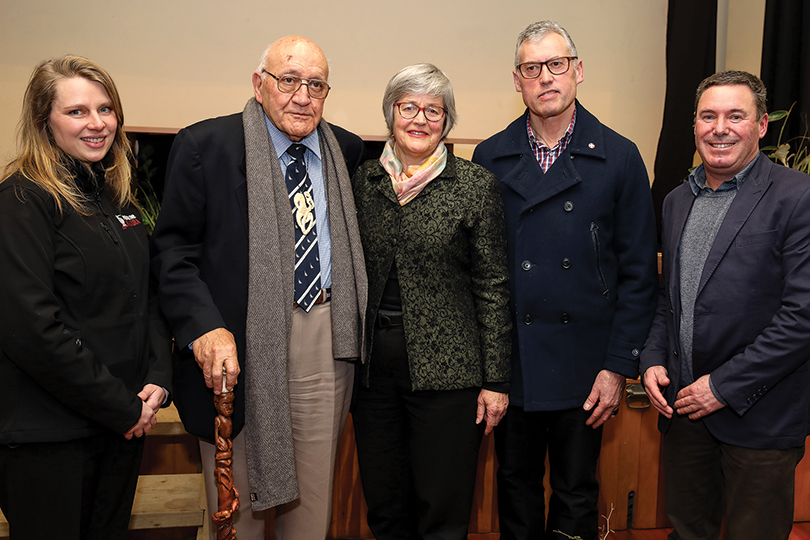 She refers to the story of Taukihepa (Big South Cape). In 1955, the first rat was seen on the island. Less than a decade later, the island was overrun, and there had been a noticeable decline in the wildlife
and vegetation.

At that stage Taukihepa was home to the last surviving population of tīeke or South Island saddleback. With incredible foresight, these birds were translocated to a predator-free island to prevent them being driven to extinction. Today, the tīeke are thriving across a number of southern islands, all descending from the handful of birds that were uplifted from Taukihepa.

Because of course in 2013 the Predator Free New Zealand Trust was established, announcing their intention to see introduced predators eradicated from Aotearoa by 2050 – and what better place to start than Rakiura?

“When they talk about Predator Free 2050, most people probably think they’ll start in the north and work their way down,” says Stewart. “My thoughts are that we’ve already started down here, so we should work our way up.

“Rakiura is known as Te Punga o Te Waka a Māui – the anchor of the waka that is New Zealand. Well, we’ve got to make sure that anchor is well and truly stuck in the sand before we can do anything else.”

Barry Hanson, Director of Conservation Partnerships for DOC, says he is looking forward to meeting this challenge in collaboration with iwi and the other members of the Predator Free Rakiura Leadership Group.

Barry explains that the project is broken down into several phases: social engagement, technical feasibility, fundraising, and implementation. And of course, the key to success for Predator Free Rakiura is not just eradicating predators from the island, but making sure there are no repeat incursions.

“The reason we’ve been so determined to get community support is that to be successful, we’re going to need widespread behavioural change – by Rakiura and Bluff residents, by the port, by fishers, and a whole range of other people,” says Barry.

“In that sense I think the social challenge is actually greater than the eradication challenge.” 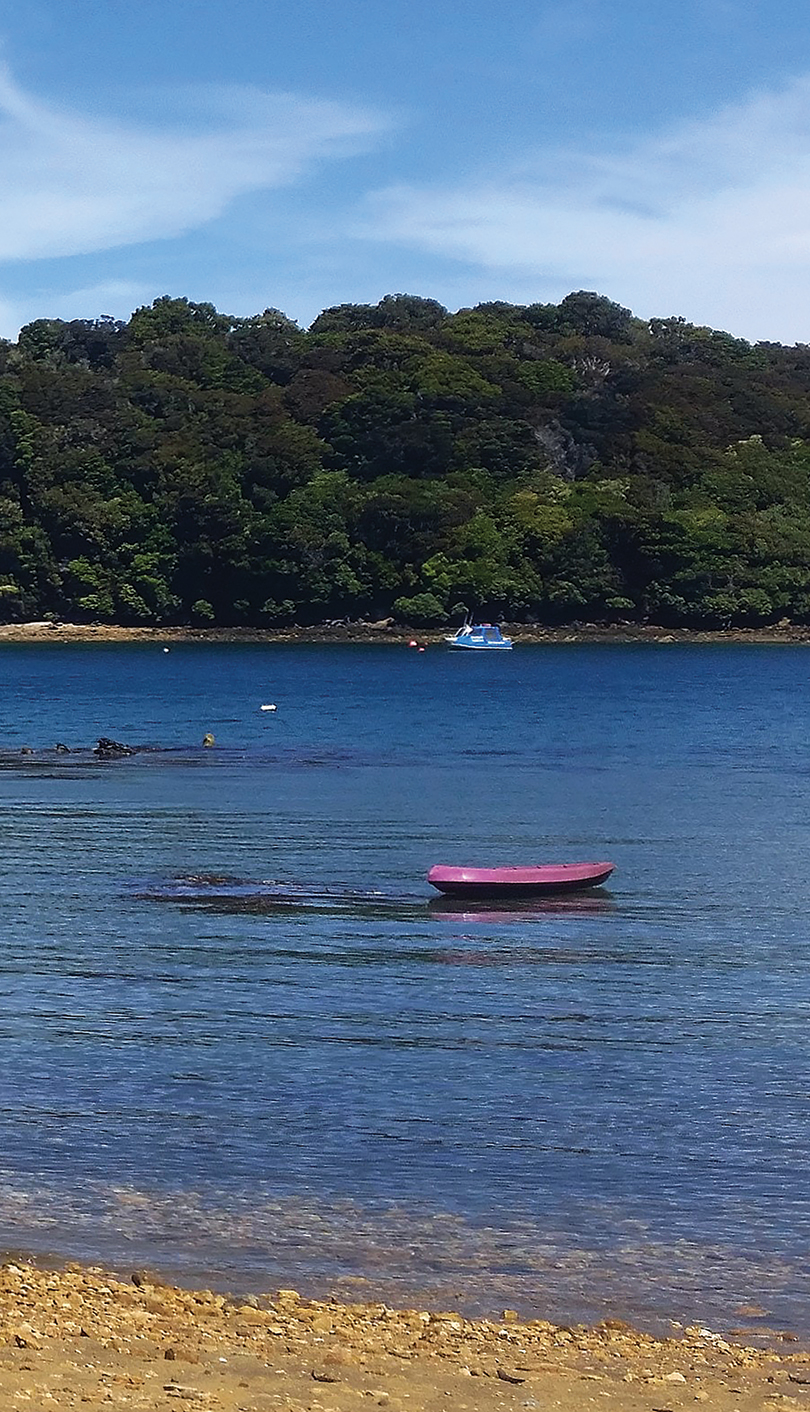 The social engagement work has been done, and the community of Rakiura has thrown its weight behind the project. The next step is a technical feasibility study, which explores the possibilities in order to determine the methodology with the lowest cost and highest chance of success – a process that Bridget says will require patience, both from the leadership group and other interested parties.

“Some of the questions that come up are when it might be done, how much it will cost, and what particular conservation tools will be used – toxins or traps, aerial drops, fences and the like,” says Bridget.

“The truth is we just don’t know because we haven’t done that piece of work – but it’s really important that we are open to all options.”

Barry agrees, saying: “The reality is that groups like the government, Predator Free 2050, and philanthrophic investors will probably need to come up with about half of the total funding, and they’re after two things: one is really great governance that shows that the project is well-led, and the second is a low-cost, low risk of failure methodology. So we actually have to identify what the method is before we take a social standpoint on it.”

But at the end of the day, the members of the Predator Free Rakiura Leadership Group are determined to realise their long-held vision – and iwi are leading the charge.

“The Department sees this not as an eradication project, or a social science project,” says Barry. “It’s a mātauranga project, and iwi values and knowledge need to be directing it.

“You’ve only got to look at what’s been achieved on the Tītī Islands around Rakiura to see what we can learn from iwi.”

“We’ve had to step up to the mark in terms of our awareness and implementation of eradication techniques and ongoing biosecurity,” Tāne says. “We have Sandy King, a conservation dog handler, come with her little dog Gadget and check our gear before we head over to the islands. I think you could say that the tītī whānau are ahead of the ball game in terms of biosecurity.”

“There’s been a whole lot of talking and theorising, but the tītī community, we’ve actually been there and done that,” Stewart agrees. “At my age, I’ve had the privilege to have seen the islands before the rats arrived, and then saw the numbers of native birds get taken right down. To see the regeneration since we removed the predators has been amazing.”

“It’s an opportunity for social cohesion, as well as a tangible environmental miracle,” says Bridget.

“New Zealand has a long history of making ambitious plans and doing the impossible in this space – so why not do it again?”