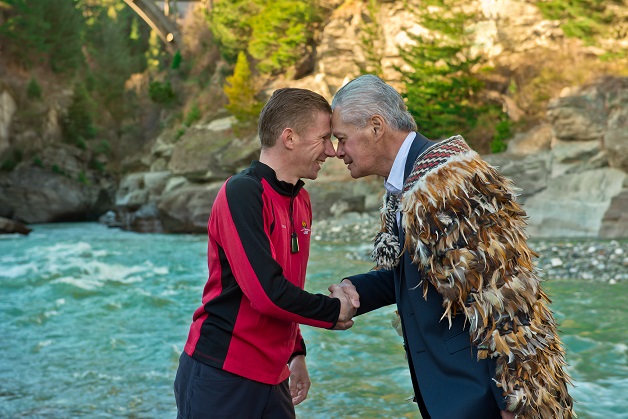 Over Queen’s birthday weekend a number of Ngāi Tahu whānau were recognised for their outstanding contributions to Aotearoa.

David Higgins was recognised as an Officer of the New Zealand Order of Merit for his services to Māori. David sat on both the Ngāi Tahu Māori Trust Board and Te Rūnanga o Ngāi Tahu Board.

During the Ngāi Tahu Claim, David gathered much of the fisheries evidence presented to the Waitangi Tribunal and was a co-negotiator for Ngāi Tahu during the negotiations for the Fisheries Settlement Act. David also played a leading role in managing Ngāi Tahu Fisheries in its early years.

“David has made an outstanding contribution to Ngāi Tahu over the years. He continues to support the iwi today as Upoko for Moeraki Marae and through his generous support to our rangatahi and their mahi. We welcome this formal recognition for David,” says Lisa.

Heitia Hiha was recognised as an Officer of the New Zealand Order of Merit for his services to Māori.

Mr Hiha is a kaumātua of Ahuriri Hapū and a key driver of progress on the Ahuriri Hapū Treaty claims, having made submissions to the Waitangi Tribunal on seven different claims.  This is well deserved recognition for the significant contribution Mr Hiha has made to Māori, says Lisa.

Susan Huria was recognised as an Officer of the New Zealand Order of Merit for her contributions to governance.

“Susan’s involvement in Māori governance is immense and her work with the Ngāi Tahu Development Corporation and Ngāi Tahu Property has been essential to their success,” says Lisa.

Fiona Pardington was made a Member of the New Zealand Order of Merit for services to photography. Fiona’s work as an internationally acclaimed photographer and visual artist has brought great pride to Ngāi Tahu whānau, Lisa says.