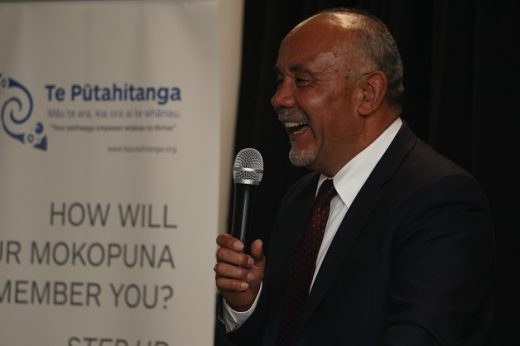 Helen Leahy, Chief Executive, Te Pūtahitanga o Te Waipounamu says the event was an opportunity for whānau to come together and be proud and passionate about the work Te Ururoa had accomplished.

In his maiden speech as a Member of Parliament Te Ururoa said he was committed to two goals.

“The first is to advance the progress of the Maori people on the sure foundation of our own ancestral values, of love, respect, dignity, kinship, and integrity. Those values are enduring.

The second, but not the least, is to advance the interests of all New Zealanders in building a society in which all can live in harmony, not in spite of the Maori presence, but because of it.”

Helen says this is a mantra that Te Ururoa carried with him throughout his career.

“Every time you heard Te Ururoa speak his korero was uplifting and yet challenging. He truly was a voice for the people,” says Helen.

“The commitment Te Ururoa has shown to Whānau Ora, to tikanga, to Māori development, and to all whānau, will be missed in Parliament,” she says.

Te Ururoa said he was humbled by the event and said he always felt welcomed and at home when in Te Waipounamu.

Te Ururoa also said he was proud of everything he had done while in Parliament and would not have changed a thing.

“We knew we had to be at the table with the Government and that is how we achieved so much,” says Te Ururoa.

At the acknowledgment Te Ururoa received a pounamu taonga carved by Ngāti Waewae, and presented by Te Rūnanga o Ngāi Tahu on behalf of Ngāi Tahu and all Iwi of Te Waipounamu. The pounamu taonga, in the shape of a wahaika, was named Te Ora Nui, literally meaning long life. It was named this so that Te Ururoa could continue to lead the people after his time in politics. It also means his contribution will remain and endure. 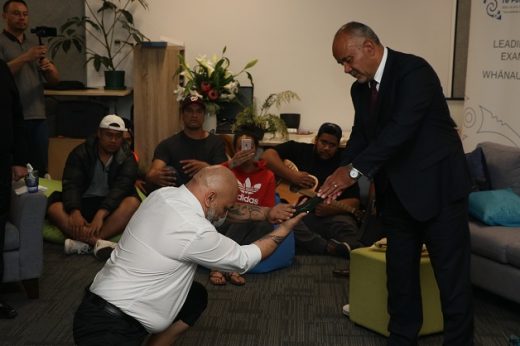 “We will always remember how Te Ururoa did his absolute utmost to deliver on the aspirations and ambitions of Māori, and to uphold kaupapa Maori in everything he said and did. His driving force was to be a voice for the people” says Helen.

“He has served us well and his example will continue to inspire us forward,” she says.