Road to Recovery – a hard fought battle for mana whenua

After the 2016 earthquake, restoring and reopening the highway into Kaikōura was crucial. Resources to make some areas safe were mobilised quickly, but the initial road reopening still meant multiple delays for travellers. Today, the journey to Kaikōura is almost uninterrupted by roadworks, with the exception of one final piece – the installation of a rock canopy. The stop gives travellers the chance to stretch their legs and enjoy the sea view.

The serene coastal landscape, and the smoothness of the new road, gives no indication of the struggle faced by Te Rūnanga o Kaikōura as once again they fought to defend their whenua, and their tīpuna buried beneath it. Kaituhi Tamara Bisseker reports. 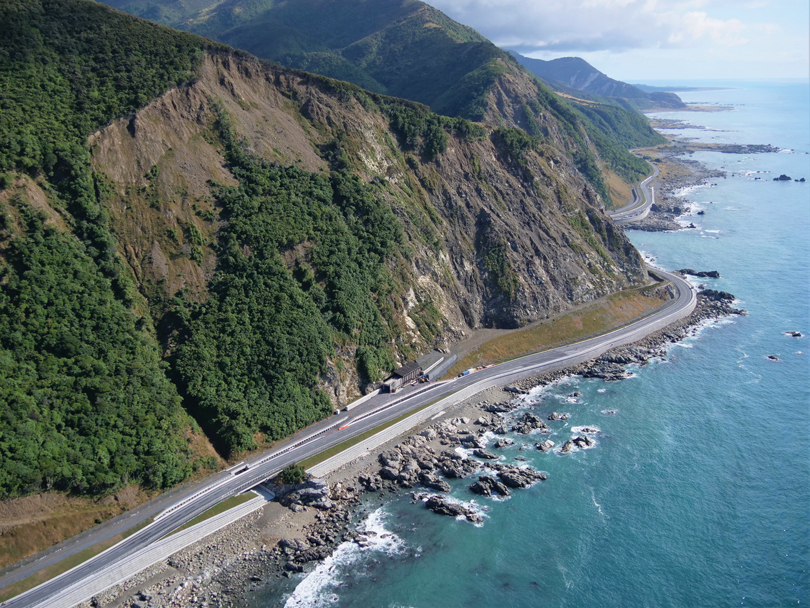 In late 2017, while Te Rūnanga o Kaikōura had positive post-earthquake milestones to focus on – such as re-opening Whalewatch Kaikōura – ever-increasing tension around the reconstruction of State Highway 1 loomed. The project was continuing at pace, and the rūnanga – while understanding the importance of this mahi – were tiring of the pressure to continually compromise. After their manaaki in the immediate earthquake response and significantly contributing to the recovery phase, Te Rūnanga o Kaikōura executive chairperson Hariata Kahu says it felt like the rūnanga was pushed aside when the rebuild reached a critical point.

The rūnanga felt it was being pushed to accept a design that threatened to disturb sacred burial sites and severely restrict, or in some locations completely cut-off, access to mahika kai sites.

“There were a lot of things that happened in terms of tikanga and customary practices that we disagreed with, but we gave them the leeway because we knew the road had to be opened,” Hariata says.

Some of that involved practices around kōiwi tangata. Normally, within 24 to 48 hours of remains being discovered, whānau would decide to either re-intern on site or elsewhere. But during this time, kōiwi tangata discovered after falling from the mountainside or in digging the carriageway were simply picked up and put into containers on-site. 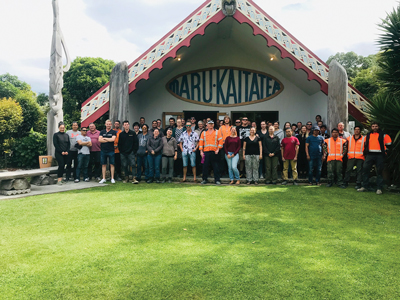 Being hosted by mana whenua at Takahanga Marae marked a positive turning point for the NCTIR teams, and their understanding of the whenua they were working on.

Whānau still wanted to pay their respects, even if their ancestors could not be properly laid to rest for some time. However, they were told that because of health and safety regulations, these locations were under the authority of the North Canterbury Transport Infrastructure Recovery (NCTIR) – so the process around how and when was up to them.

Hariata explains this was hard for many of their people: it was seen as a challenge to their status as mana whenua. “This was a process that didn’t gel with Māori. Ultimately, we just wanted the respect of our kōiwi tangata.”

Looking back now, Hariata acknowledges aspects of this process had to happen. Literal mountains had been shaken by the quakes and there were genuine safety concerns, but at the time it was yet another thing the rūnanga had to give up. “At the time I was thinking how much of our tikanga and kawa are we having to give up again, to enable this to happen?”

To Hariata and the rūnanga it felt like they had lost control and decisions were being made around them. Mahaanui Kurataiao (MKT) had been working with the rūnanga throughout this time and were also struggling to have their voices heard. This was the final straw for them to dig deeper and to advocate for the perspective that, even in the name of engineering and health and safety, mana whenua had the right to be heard. This led to the formation of the Cultural Advisory Group (CAG).

A shared use cycling and walking path (SUP) was part of the initial plan for the rebuilt highway from Clarence to Kaikōura. Of the original 22 kilometres planned, only three were constructed. Work was scrapped after it was accepted that NCTIR and their Crown partner agencies were never going to have the blessing of mana whenua.

This area is rich in wāhi tapu and wāhi taonga sites, to the point that it would be practically impossible for earthworks without disturbing them. It was an emotionally-fuelled time, one that required persistence. Throughout consecutive generations, despite their pleading, Te Rūnanga o Kaikōura has seen its wāhi tapu sites desecrated without thought or care. It was tired of replaying the same fight; with similar, recent stand-offs still in living memory this added to the resolve not to give up.

Around this time of the highway rebuild, NCTIR had recently welcomed their fifth project director. Scotsman Tony Gallagher was quickly given the nickname ‘Number Five’. His tenure was expected to be as short-lived as that of his predecessors. 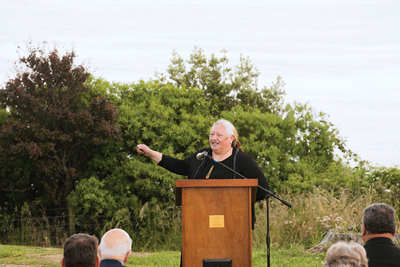 Hariata laughs as she remembers thinking ‘where have you been?’ when Tony came on board.

For Tony the answer was simple. If mana whenua didn’t want the work to happen, then it wouldn’t happen. With a mandate from the-then Minister for Transport, Phil Twyford, all works on the SUP halted.

On paper the design of the SUP was something that would provide great value. It was a dual-purpose utility that served as a safe, scenic transport route as well as a sea wall defence. But Tony rapidly saw there were more important things happening and realised at some point, it was either the SUP or a relationship with the rūnanga that had to give.

When he took up the position as project director, Tony felt it was a natural time of change: not just for the construction, but for the entire Kaikōura rebuild. The road reconstruction was heading into the final stages, but there was still a large amount of work to complete. Re-setting the team culture to focus on finishing the job was important for Tony. He wanted his team to realise the reputation of the work and the people that carried it out was the legacy, rather than the physical end result. 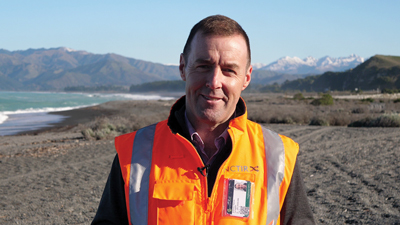 Working together over five days, Tony and Hariata brought together more than 500 NCTIR staff with Te Rūnanga o Kaikōura whānau through a pōwhiri at Takahanga Marae in 2019. They shared kai and kōrero, with rūnanga members telling stories of their whare, their whakapapa, and how these related back to the narrative of the whenua.

This was something Hariata and Te Rūnanga o Kaikōura had sought with NCTIR since 2017.

“For a lot of the workers, coming to the marae was an emotional time,” Hariata says. “I think there was a lot of regret that this didn’t happen in the early stages of the project. For many of the workers, they came to an understanding that we weren’t trying to hold work up, but instead saw why these places were so precious to us.

“Once they realised that significance, it just made them work even more carefully and for a lot of them, when the SUP work stopped, some of their contracts ended early, but they got it. They got why,” she says.

When the NCTIR teams officially decamped at the end of 2020, the send-off was one of comradery and restoration. There was a real sense of pride in the navigation of an honest and true iwi-Crown relationship, one with authentic conversations that acknowledged struggles, but ultimately celebrated the connections made.

The natural beauty of the Kaikōura coastline has been retained, and a gentle, calm spirit welcomes visitors to the rohe. There is a sense of peaceful approval from the spirits of tīpuna, finally allowed to remain at rest, undisturbed and protected by their descendants.